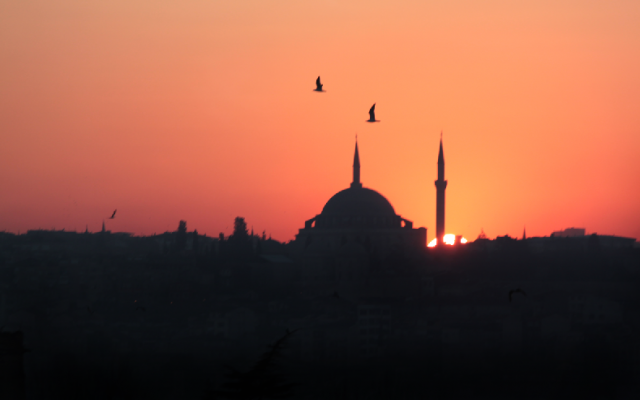 The first couple days after returning from vacation are always a struggle—even more so when you know you’ll be jetting off to another exotic location the following week. From jet lag and slowly coaxing yourself out of vacation mode, to gauging your answer to the infamous “how was your trip” questions. Of course it’s a courtesy to ask people how their vacation went, but not everyone really cares. And even then, what part do you tell them about while keeping it brief enough for the water cooler? The food? The sights? The people? The culture? I could talk about my travels all day, but instead I’ve tried to keep it brief amongst coworkers. For the rest who are curious, I’ll share it here. 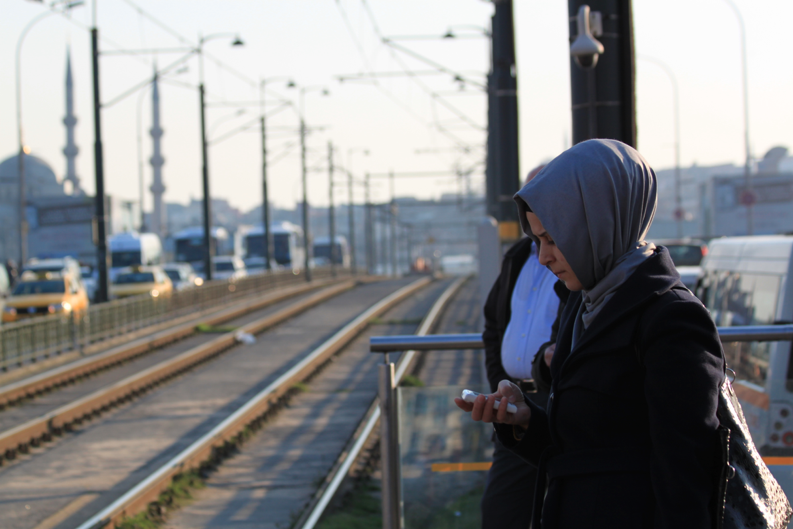 There will be more detailed posts to follow, but I just need to put it out there: Istanbul is a stunningly beautiful, almost magical city that’s really different from most places I’ve visited. In a very good way. Even though I stayed in ultra touristy Sultanahmet. It seemed like the perfect introduction to a Muslim country since they don’t seem to be very dismissive of Westerners. I don’t have any religious upbringing whatsoever so I’m fascinated by learning all about different faiths. I mean I certainly have my own beliefs, but I’ve actually managed to avoid sharing those with anyone pretty much ever. Well except for one of my exes, but that’s partially why he’s an ex.

Anyway, the city is MASSIVE. I had no idea how big it even was until I went up to Galata Tower and looked out over the city. Then I took a cruise up the Bosphorus to see it was even bigger. For fuck’s sake it spans two continents, of course it’s huge. From above it kind of reminded me of San Francisco times about 100, but with a way different culture and a lot more mosques. 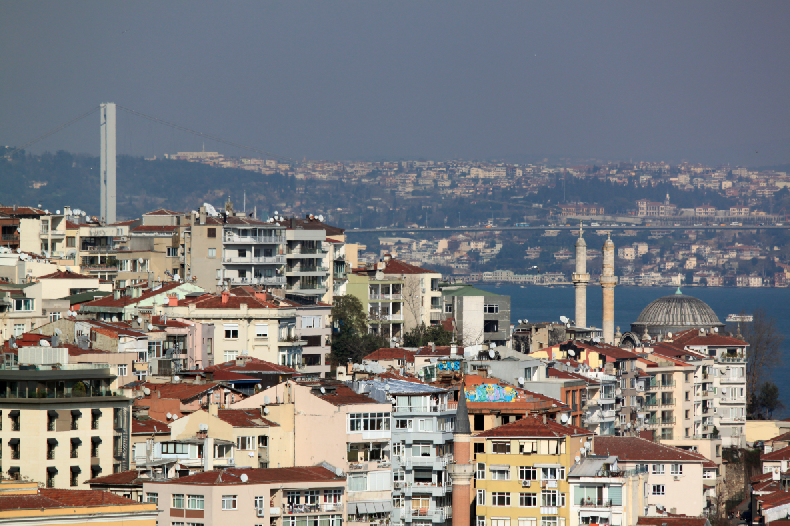 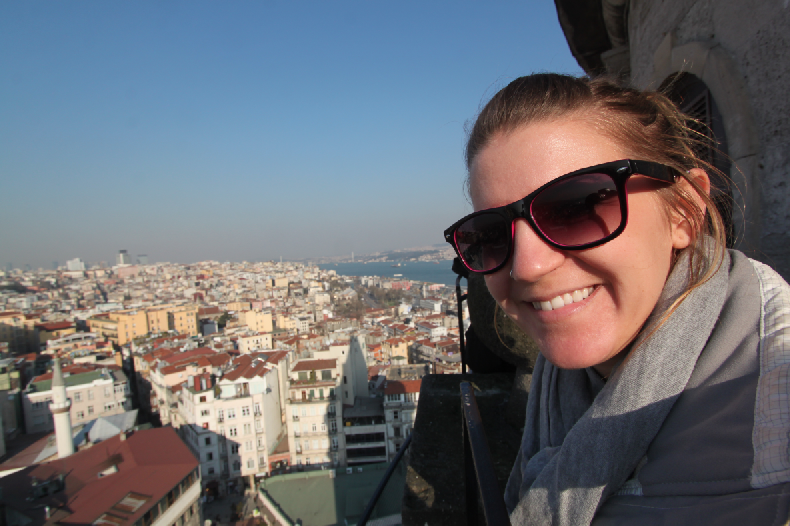 Kebap. Lamb. Lahmacun. Borek. Meze. Baklava. The food was so delicious I’ve actually doubled in size upon returning to the States. Seriously though I’ve never eaten so well on a solo vacation. Usually I’m pretty frugal with what I eat, picking up yogurt and granola bars to get me through most of the day, then eating whatever random cheap dinner I come across in the evening. I usually save a ton of money doing that, but this time I just couldn’t stop myself from over-indulging every time I turned a corner. I never ate the same thing twice (except for baklava, but come on, baklava). The hotel had free buffet breakfast with a perfect rooftop view so I sampled everything they had to offer every morning. I stopped at dessert shops and street carts even when I wasn’t hungry. I splurged on dinner and I went back to the hotel full and happy (with more baklava in hand) every night. 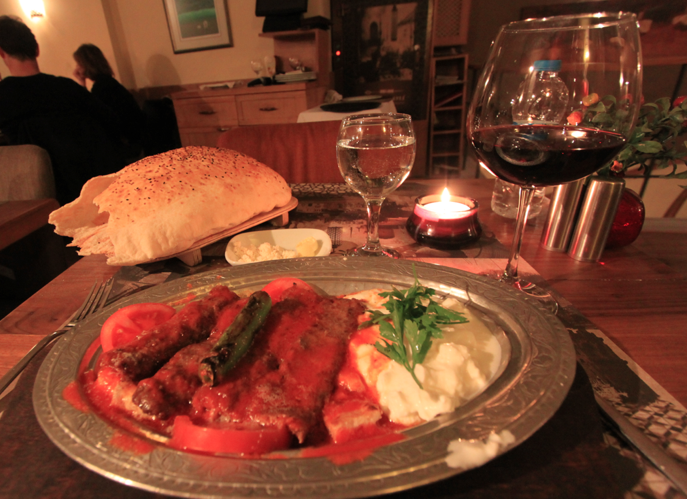 Like most of my trips I went to Turkey alone, but I was rarely by myself this time around. In general the people in Istanbul were almost alarmingly friendly and hospitable. It threw me off a bit because I was always trying to figure out whether they were genuinely nice or if they just wanted to lure me into their family’s shop to buy something (or kill me in a back alley, you know, the standard worries). Waiters gave me free drinks and bar recommendations. Strangers on the street asked me to dinner. Others simply asked where I was from and started a conversation about the US or gave me directions. Yes, the tourist spots were loaded with hagglers and conniving salesmen, but rather than walking through the city ignoring everyone like I do in New York, I actually conversed with nearly everyone who spoke to me. Hell I even approached people myself and made a few friends. In fact I think this was the most “unplugged” solo trip I’ve ever taken, meaning I didn’t walk down the streets listening to my headphones so that strangers wouldn’t talk to me. I made small talk. I listened to everything. I met locals and I hung out with them. I went to Taksim at midnight, which some US news sources have recently portrayed as the “dangerous” part of the city. It wasn’t very dangerous at all. Probably because on this particular night at least, the protests had been replaced by a bunch of drunk kids partying. And a Shake Shack. 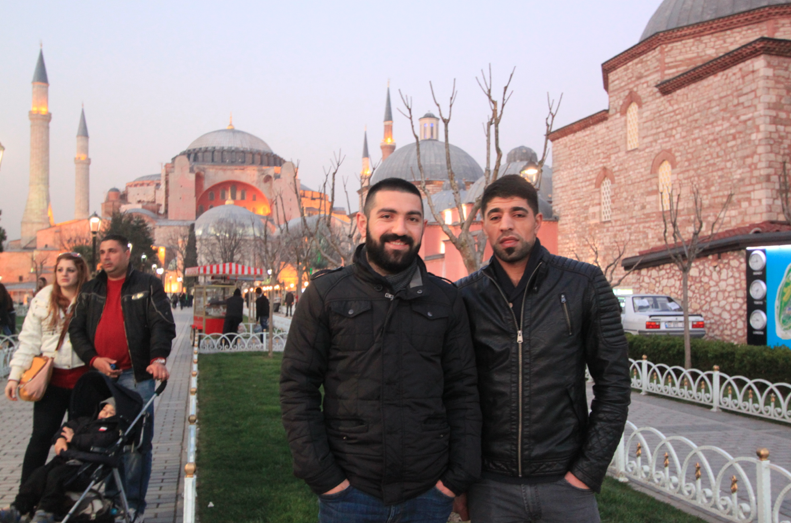 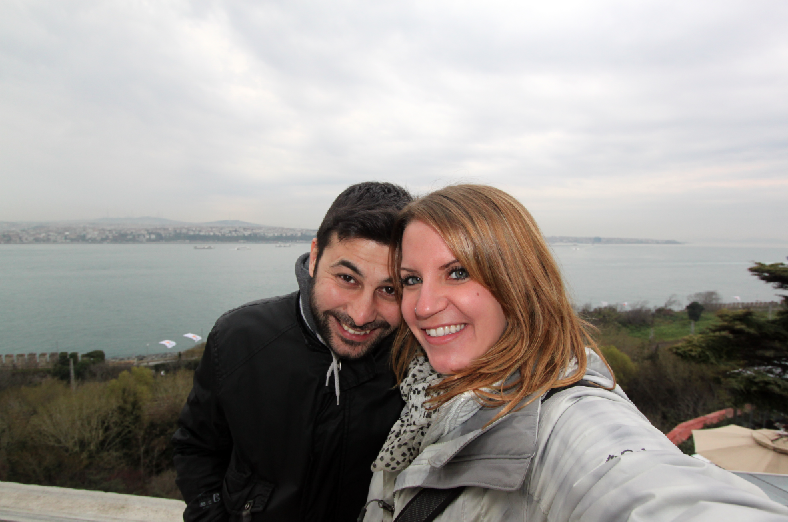 The call to prayer is a really beautiful thing to hear. One guy told me that Istanbul has over 2,000 mosques, so to hear these calls come over the loudspeakers and echo throughout the city during the day was absolutely surreal. My first day there I woke up sometime in the 4am hour to hear the first one of the day which completely blew my mind because it was still dark out. Another local later told me that the morning call to prayer has an additional line in it to say something about how God is more important than sleep. I’m guessing that prayer is for the truly faithful Muslims. And right in the middle of the day, seeing men shutting tourists out of their shops in the Grand Bazaar to pray was a sight to see. I mean I’m used to America where capitalism usually trumps religion, so to see people with such a devout religious culture is truly mesmerizing. 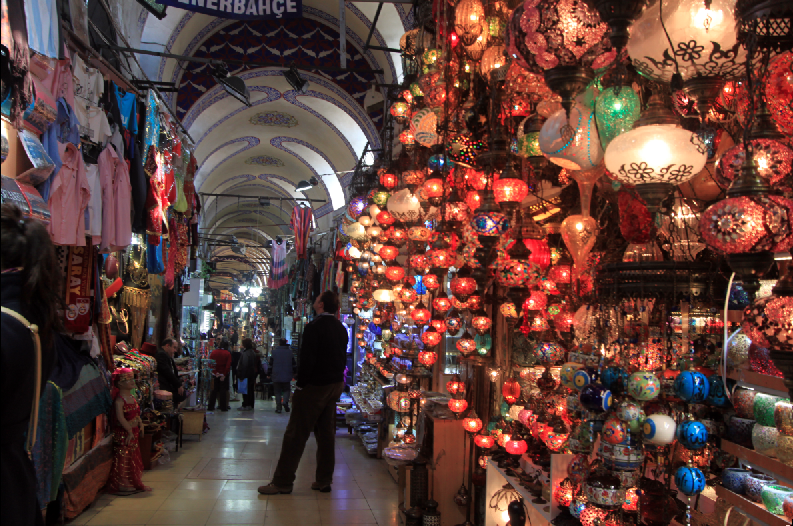 Sorting through my 1000+ photos is already leaving me with a serious case of wanderlust. How many days until I go back?

Luckily flights during the off-season are actually pretty cheap (under $500 RT!) to Istanbul, so the likelihood of me going back is actually pretty good. Except next time I’m stopping off in Cappadocia and Pamukkale. Who’s with me?

Booked: My Next BIG Vacation

The other day I was lucky enough to get a decent amount of money for referring a friend who was...
Continue Reading

Hanging with the Big Cats at Tiger Temple

In case you weren't aware, tigers are massively huge, strong, and mildly terrifying cats. So how could you not want...
Continue Reading