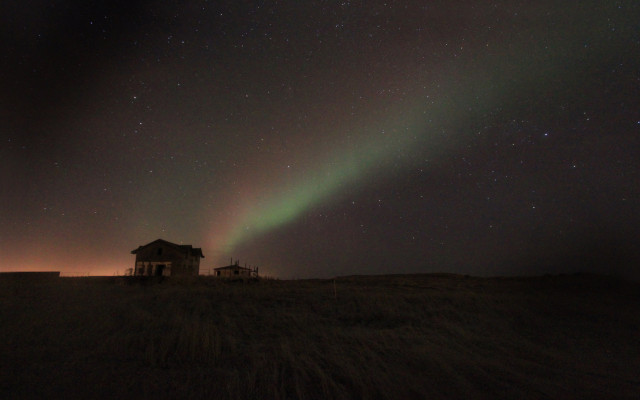 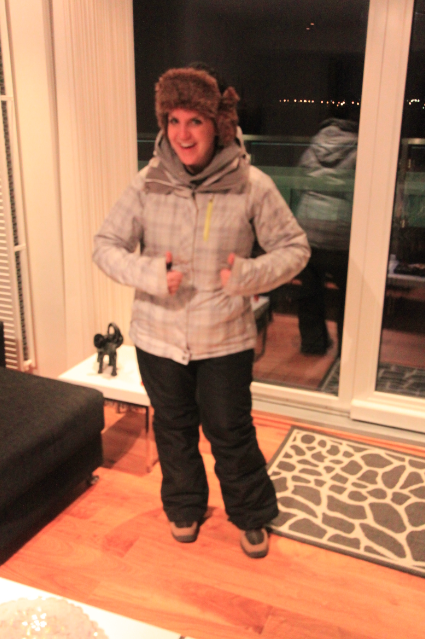 When I booked my flight to Reykjavik I had one goal: to see the Northern Lights. But after stalking the solar activity and weather forecast the week prior to jetting off, I wasn’t too convinced we’d get to see them. Our first night in town was cloudy, but we woke up to clear skies on Wednesday. So we called up Volcano tours and arranged for the three of us to set out on a hunt for the Northern Lights just outside of Reykjavik.

We drove about 30 minutes outside of Reykjavik to escape the city lights before pulling into a desolate area on top of a hill that I’m pretty sure I’ve seen in a horror film. There were two abandoned houses and no signs of civilization for miles, but luckily I had enough layers on to survive for at least a week in the wild. Cameras and tripods in tow, we got out, set up our shots, and waited. For about two hours. 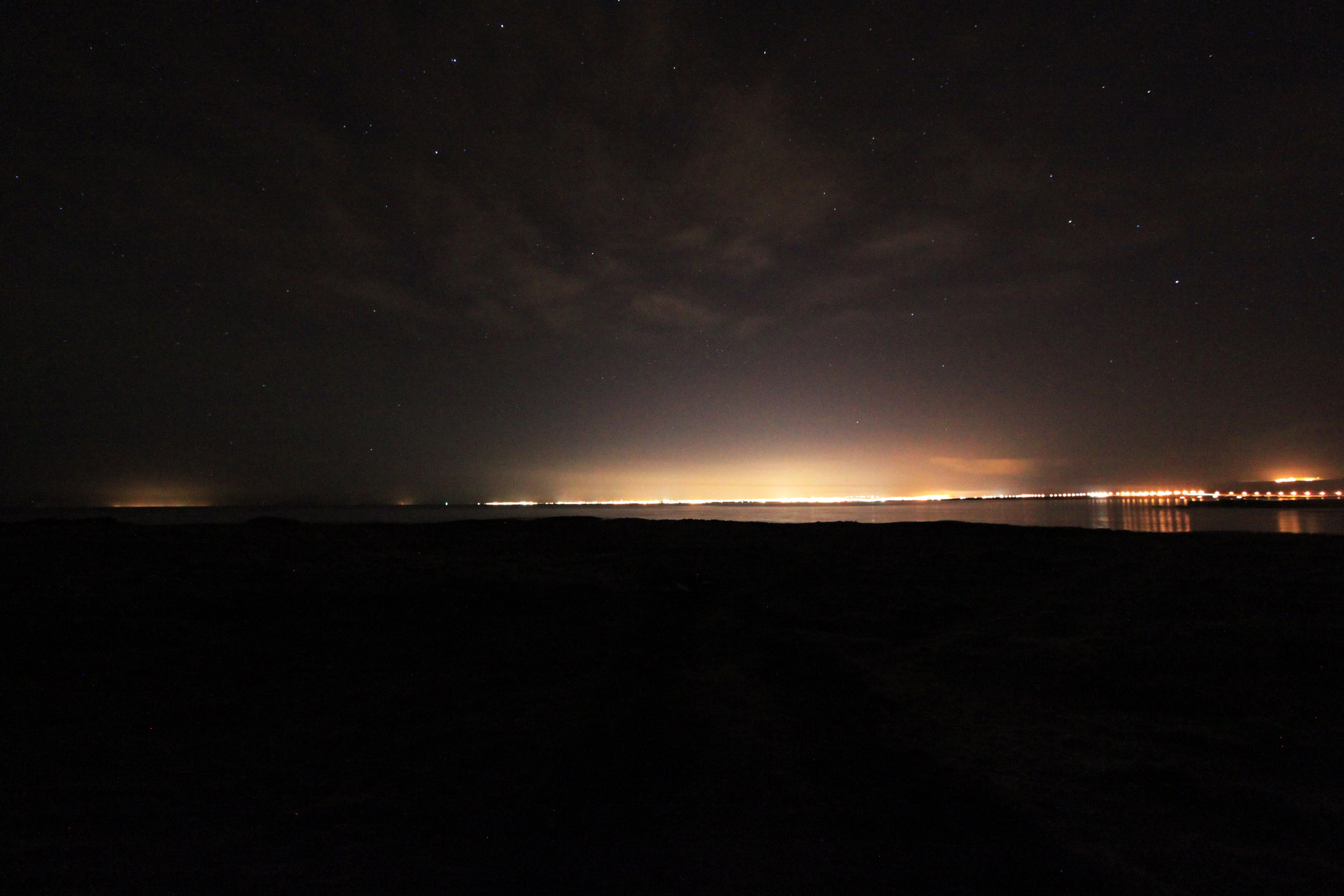 The lights of Reykjavik while awaiting the Northern Lights 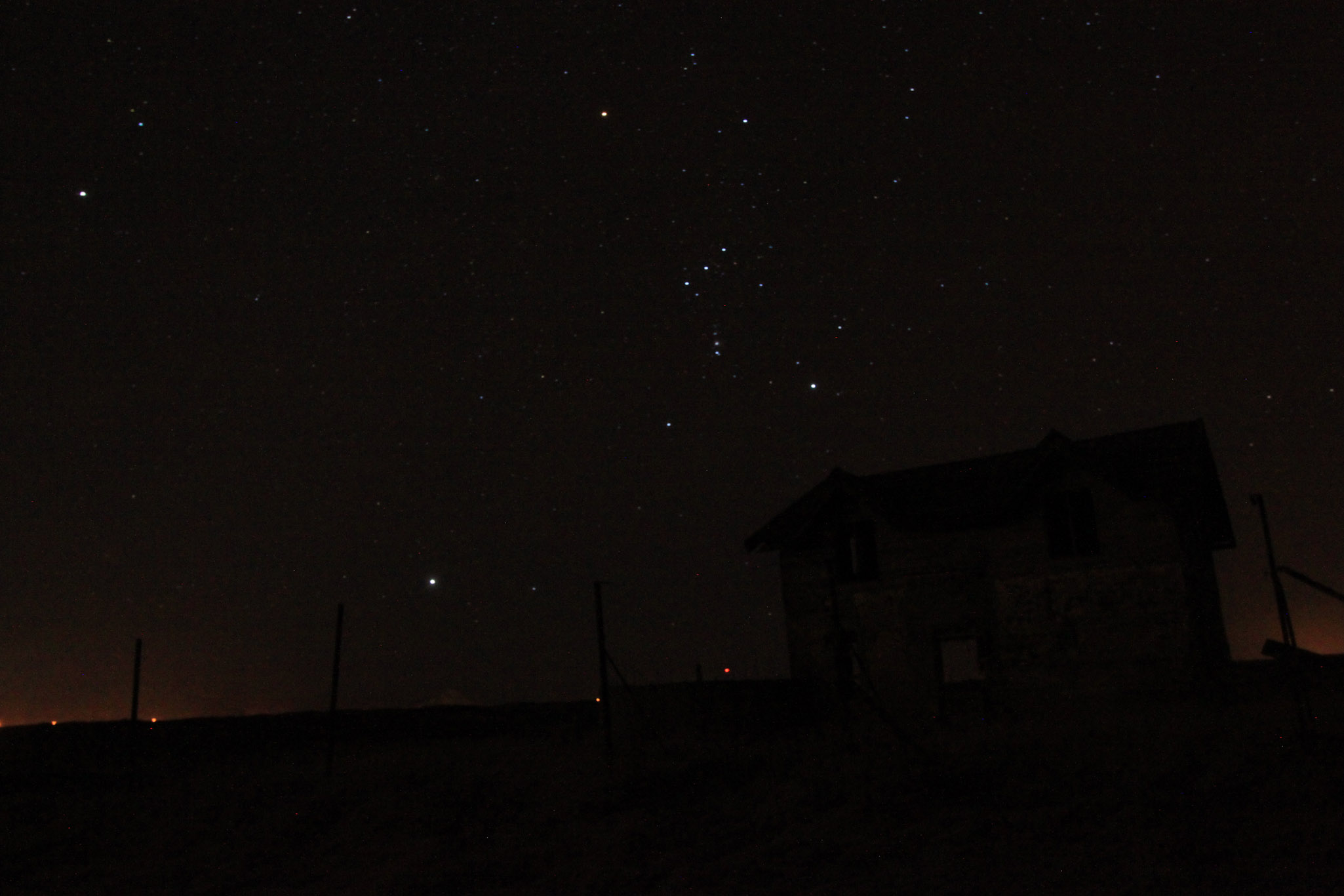 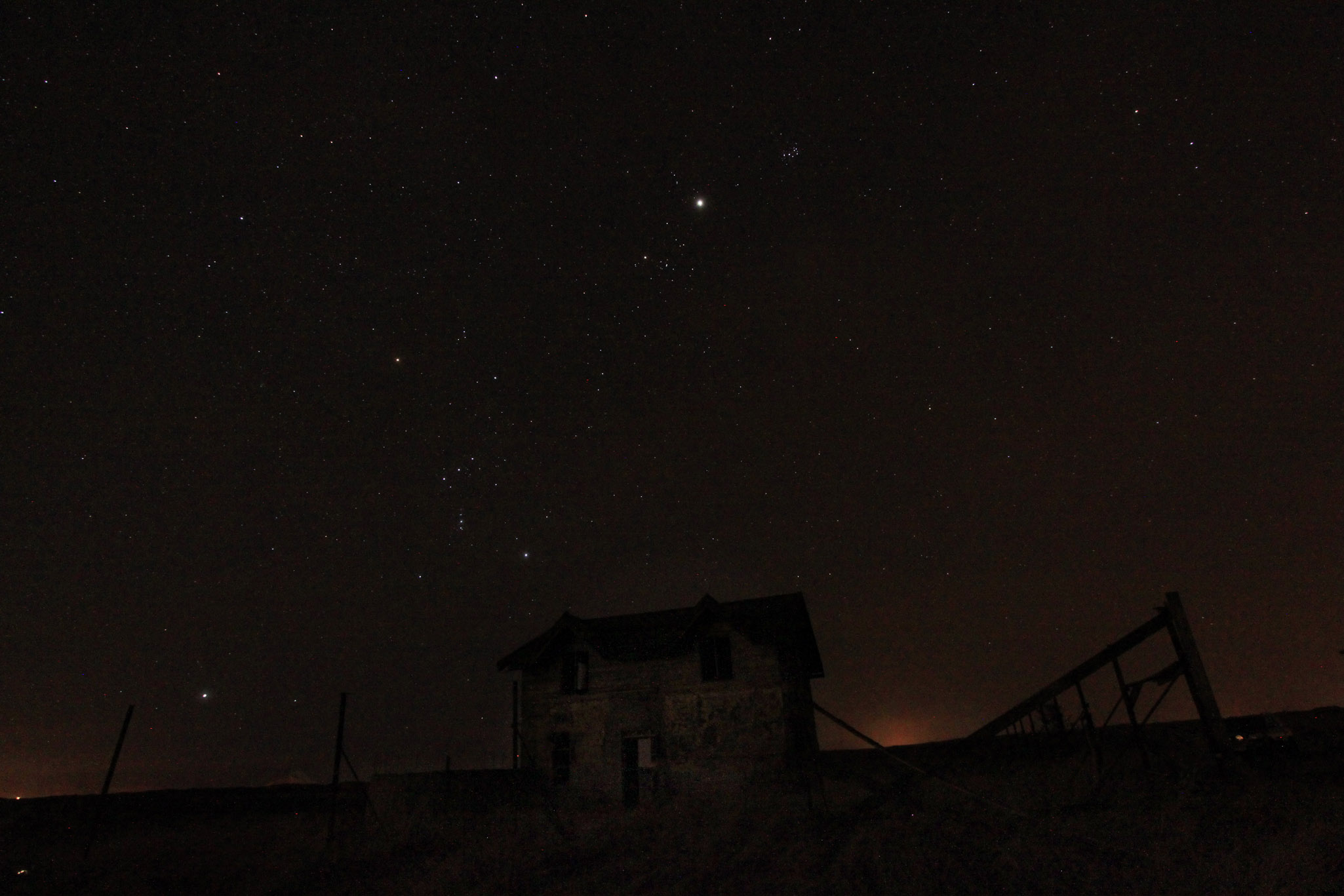 At one point the tour guide started pointing at this glow in the sky, thinking it may be the start of some solar activity. Negative. So we sipped hot chocolate and waited some more. 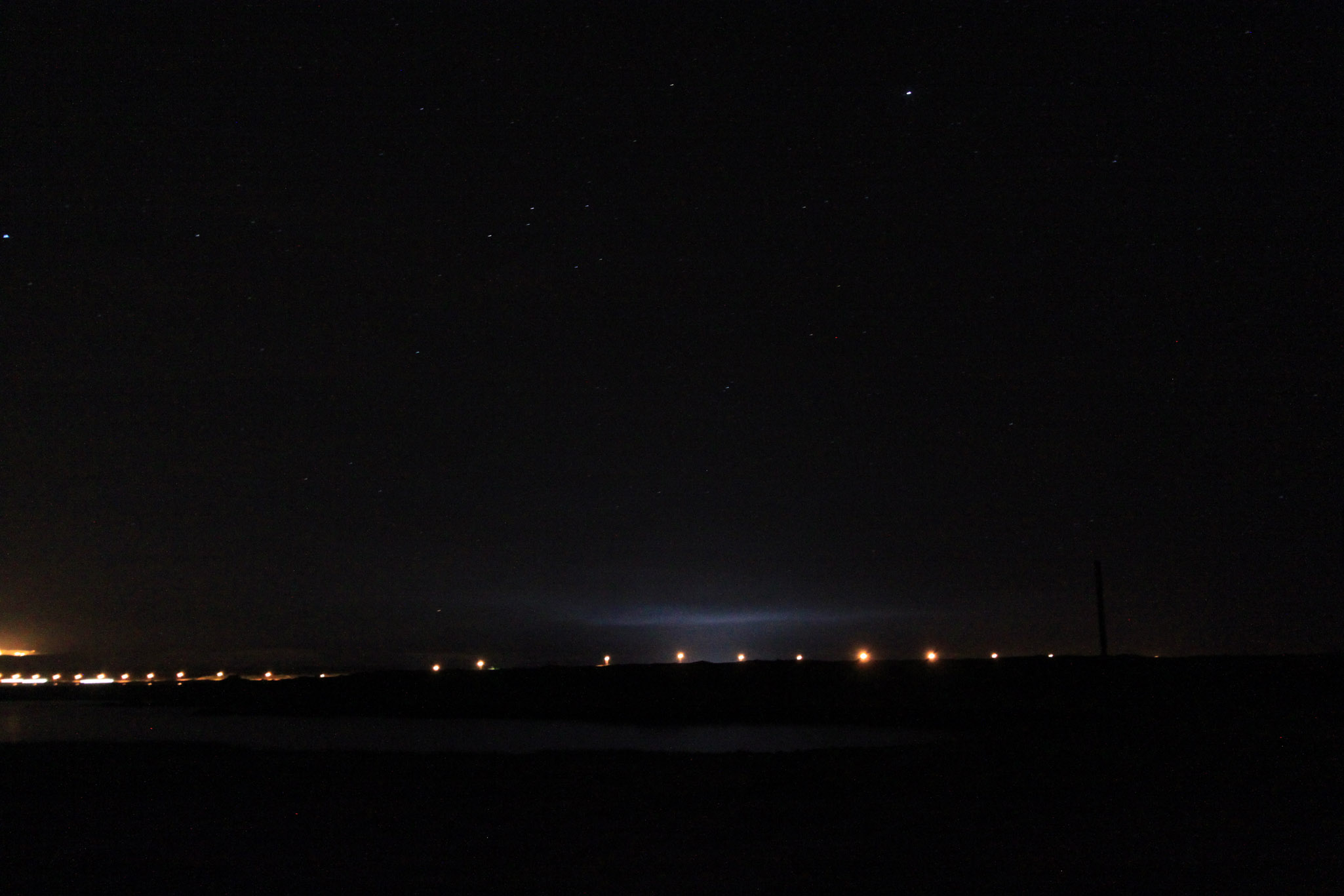 Then out of nowhere he started pointing at a glow that was invisible to my naked eye, but sure enough it showed up on camera! 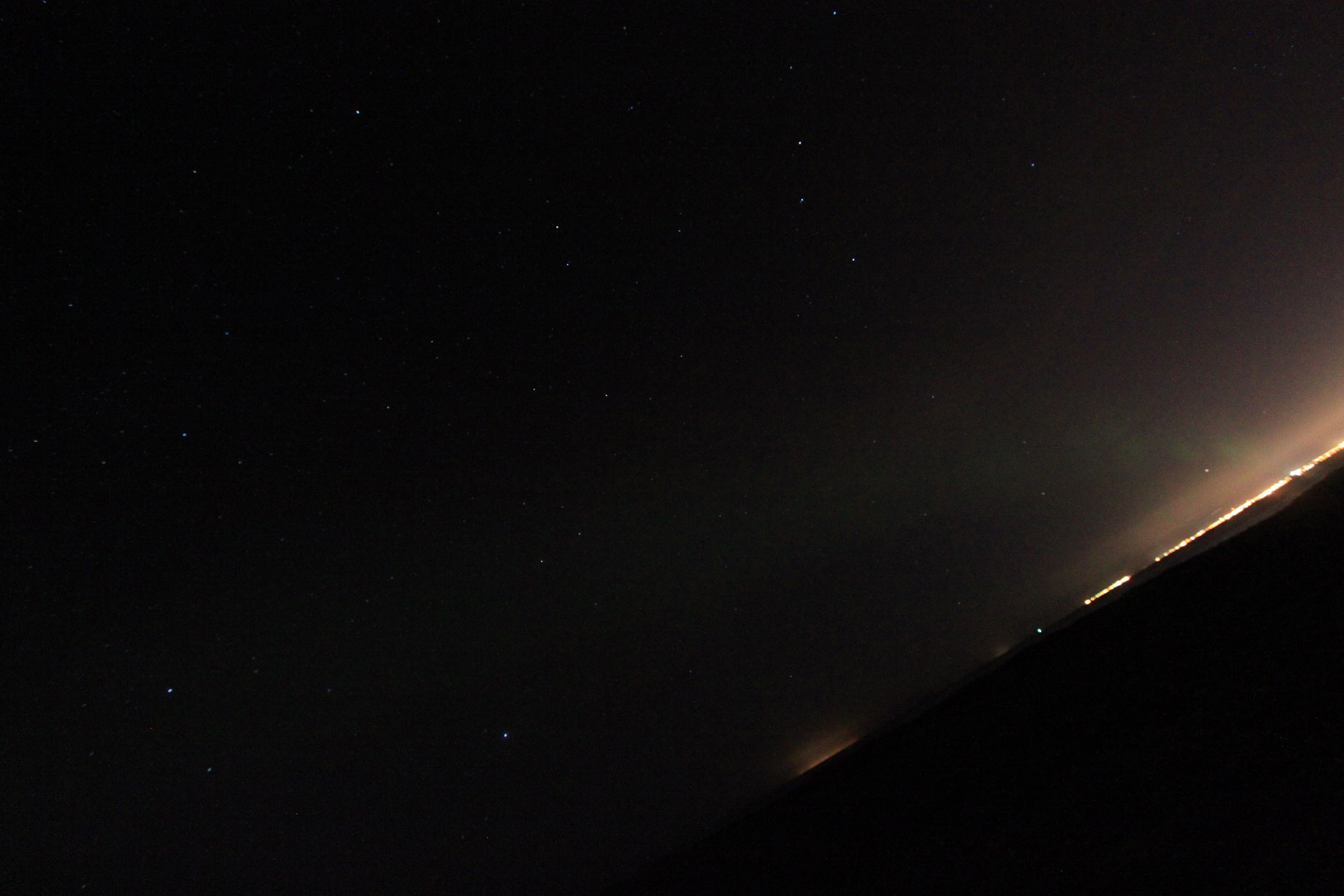 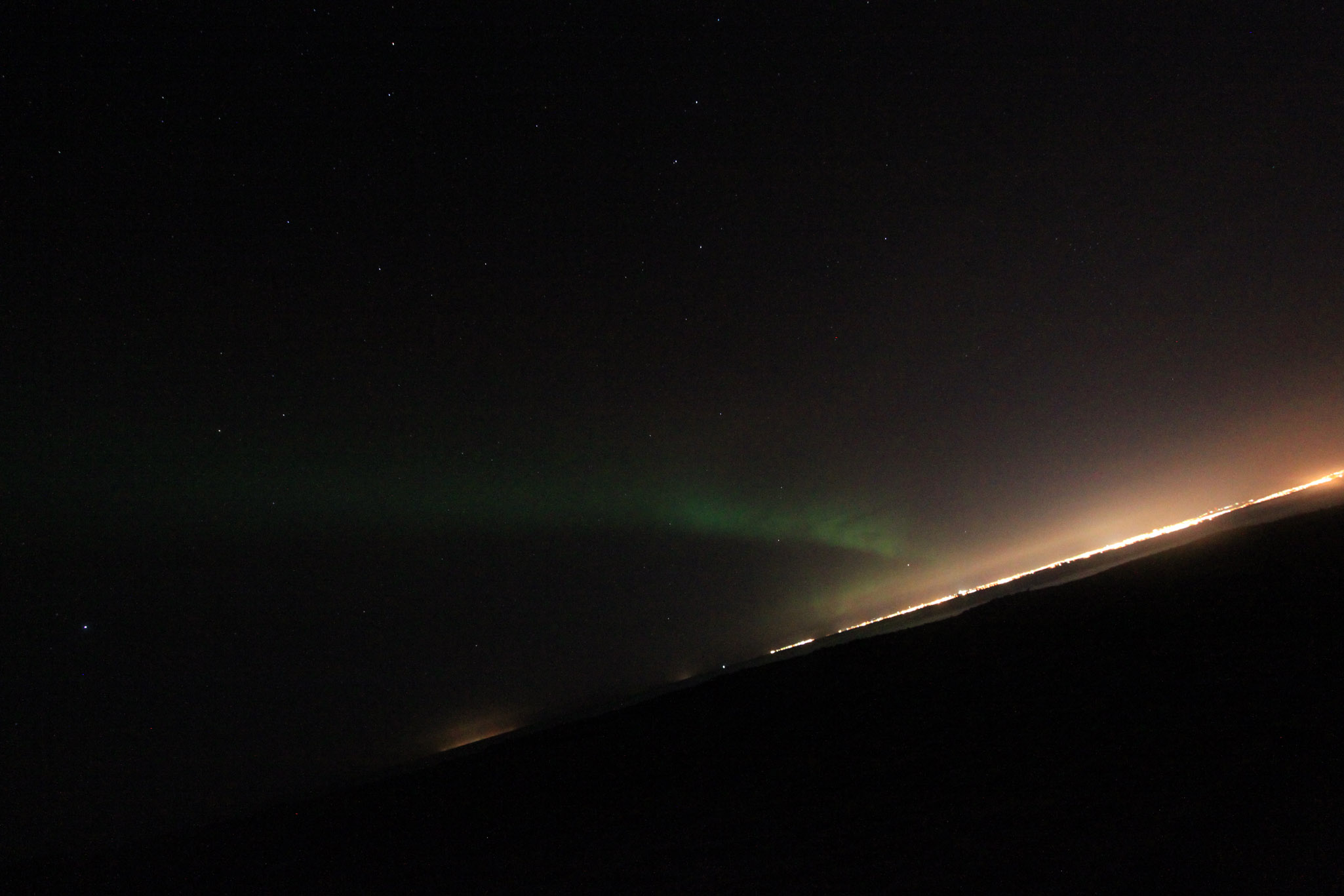 It only took a few minutes for the colors to intensify, and for me to jump up and down screaming like a little girl who just got a pony for Christmas. And for the next two hours the lights continued swaying across the night sky as we snapped photo after photo. Mostly green, but a bit or red and purple worked its way in there too. It was definitely one of the most beautiful things I’ve ever witnessed in my life, and the fact that it lasted well into the night was incredible luck on our part. 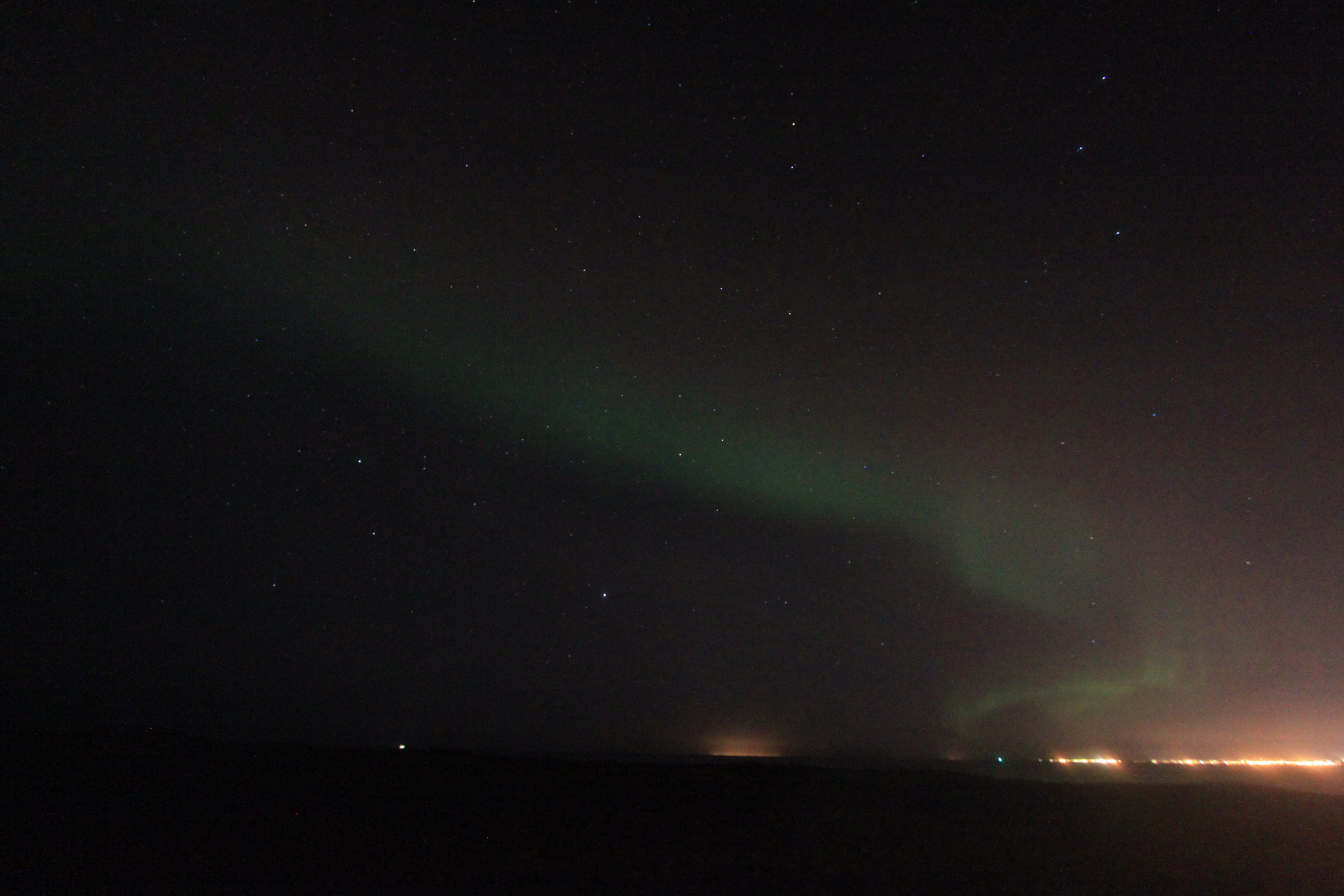 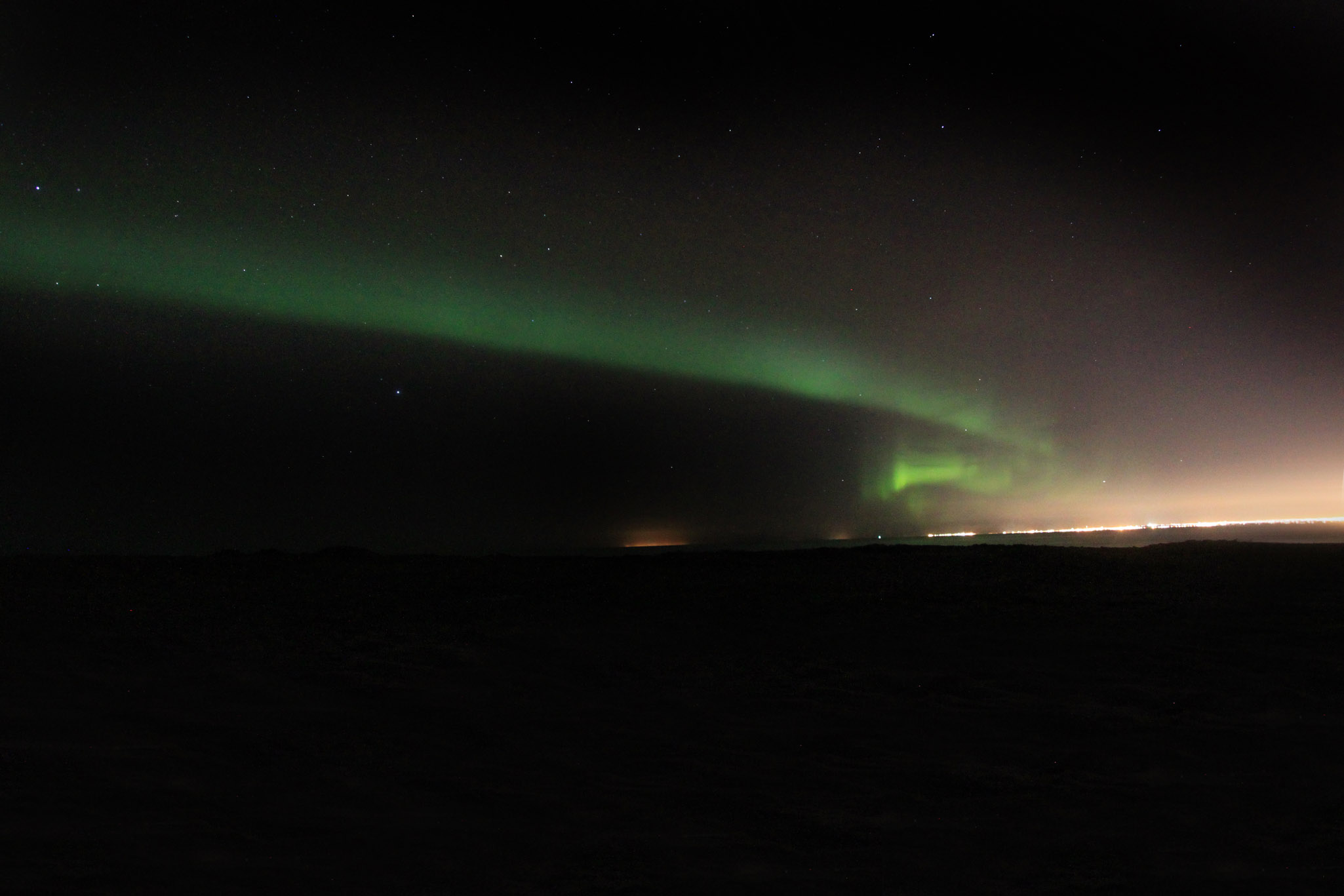 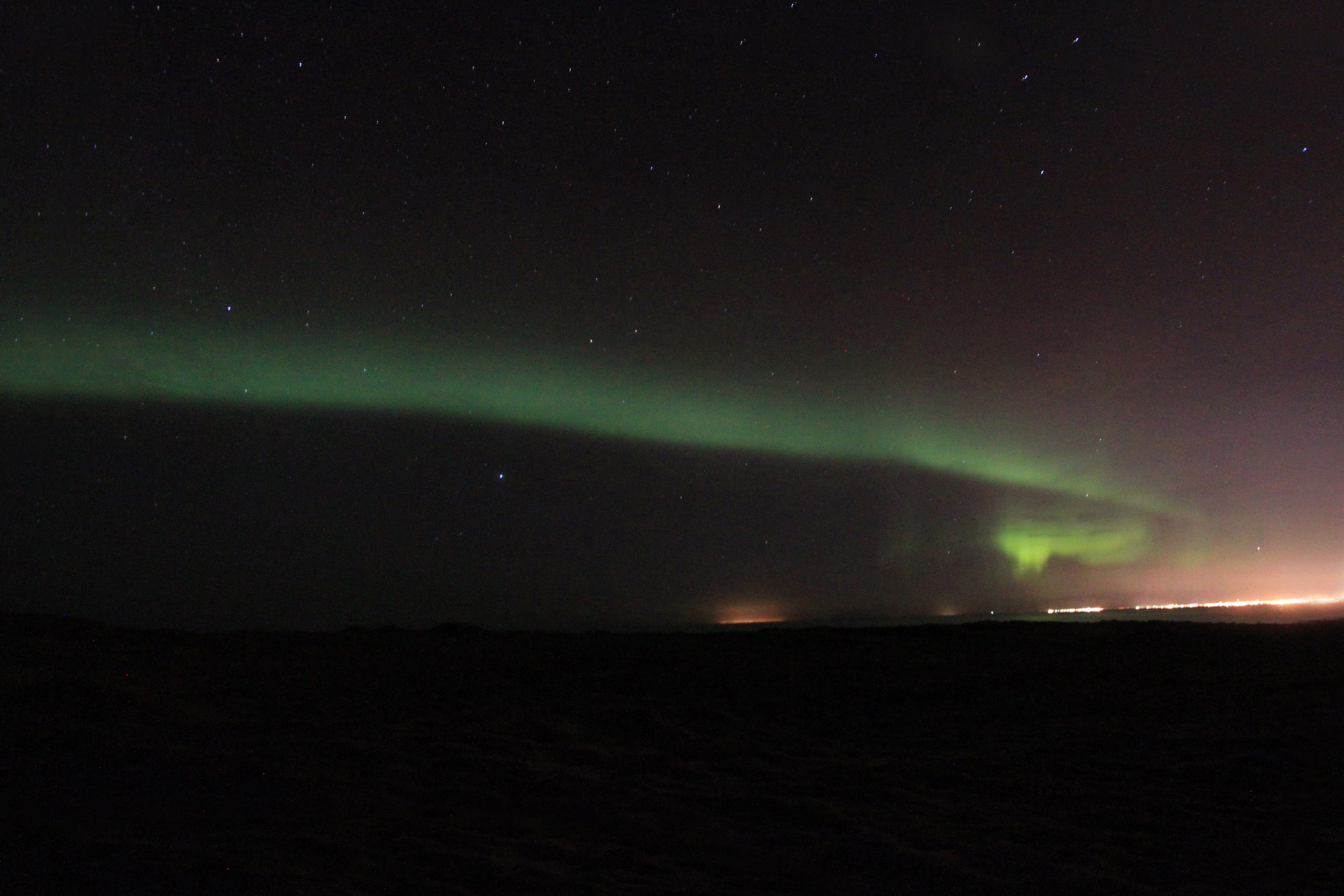 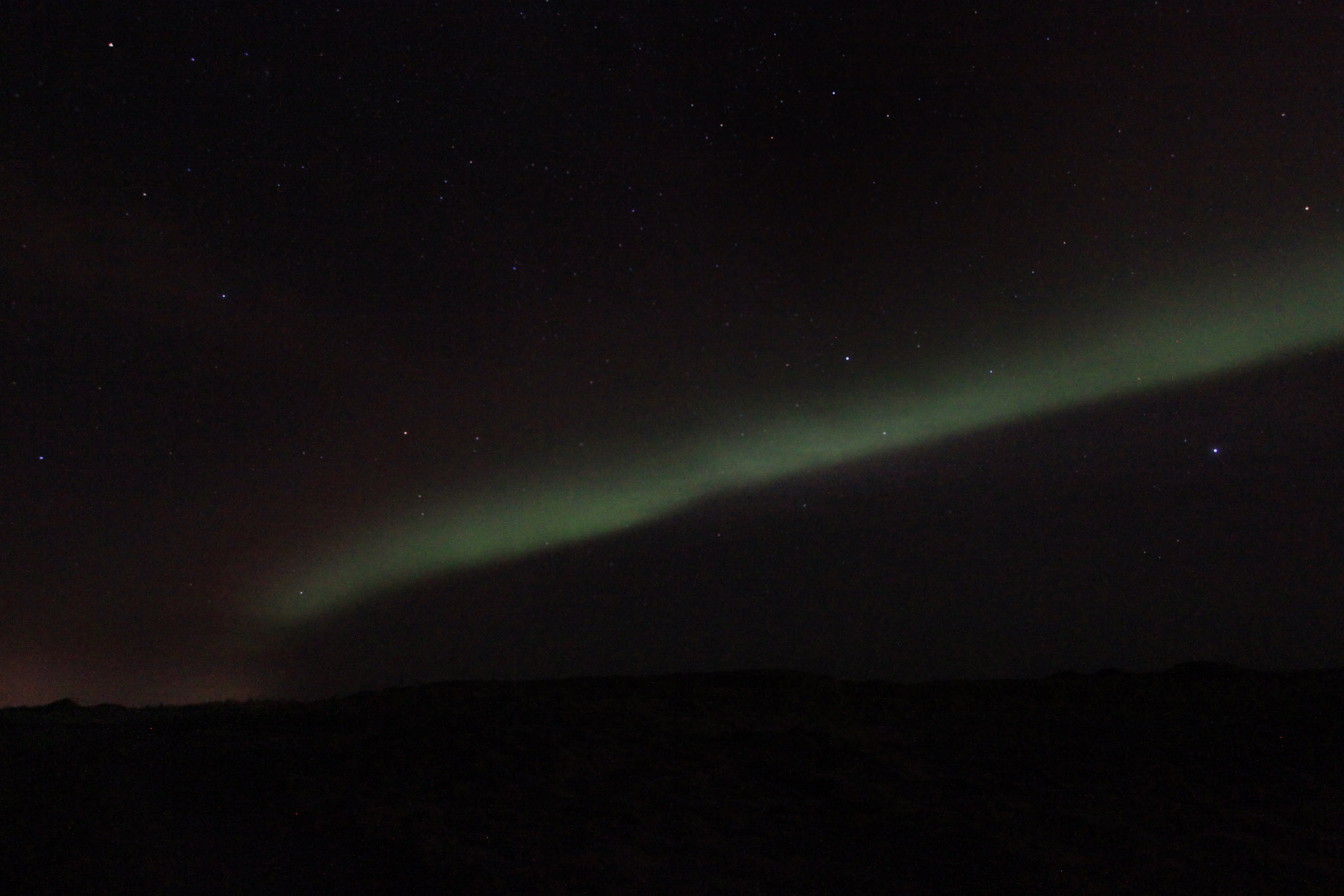 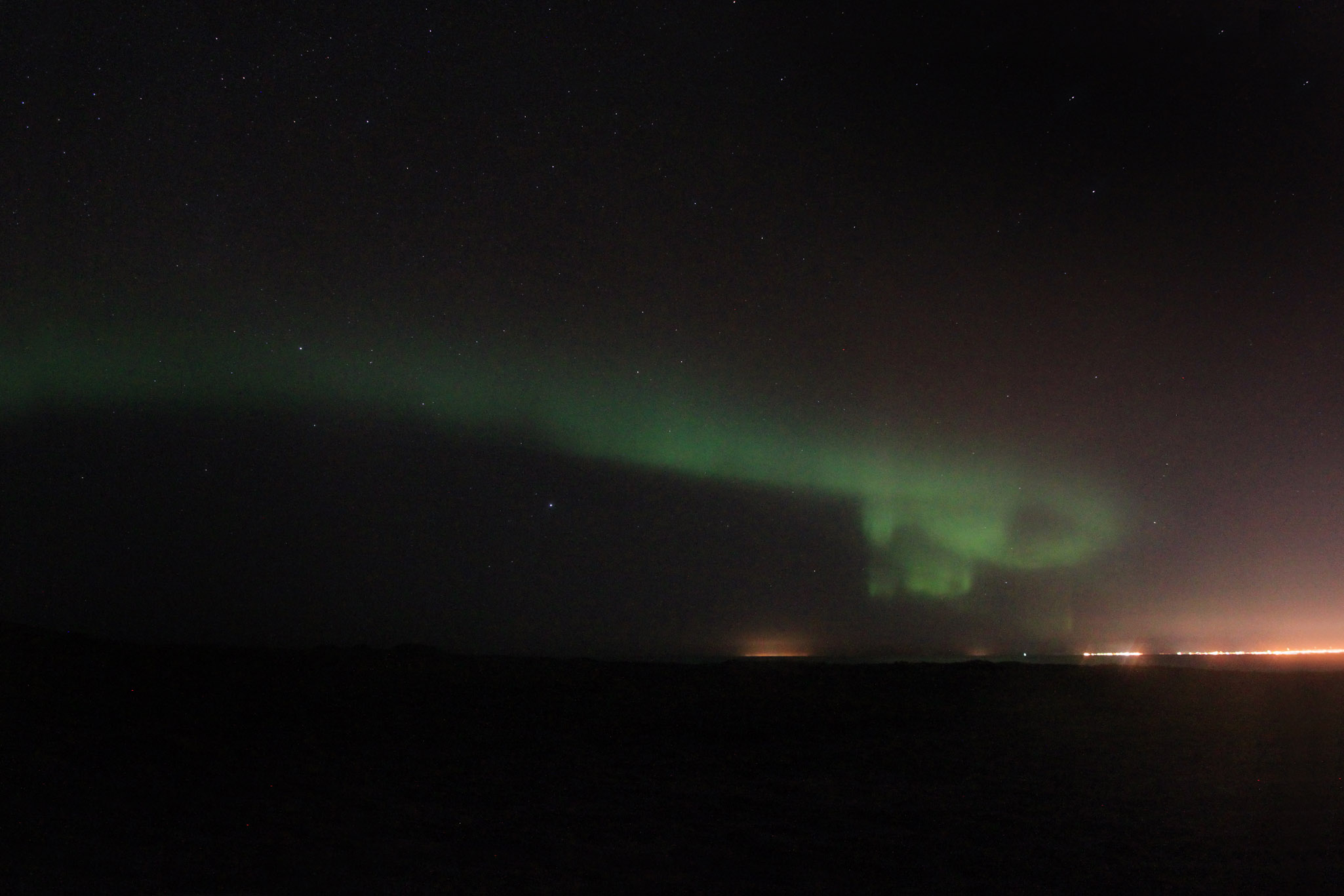 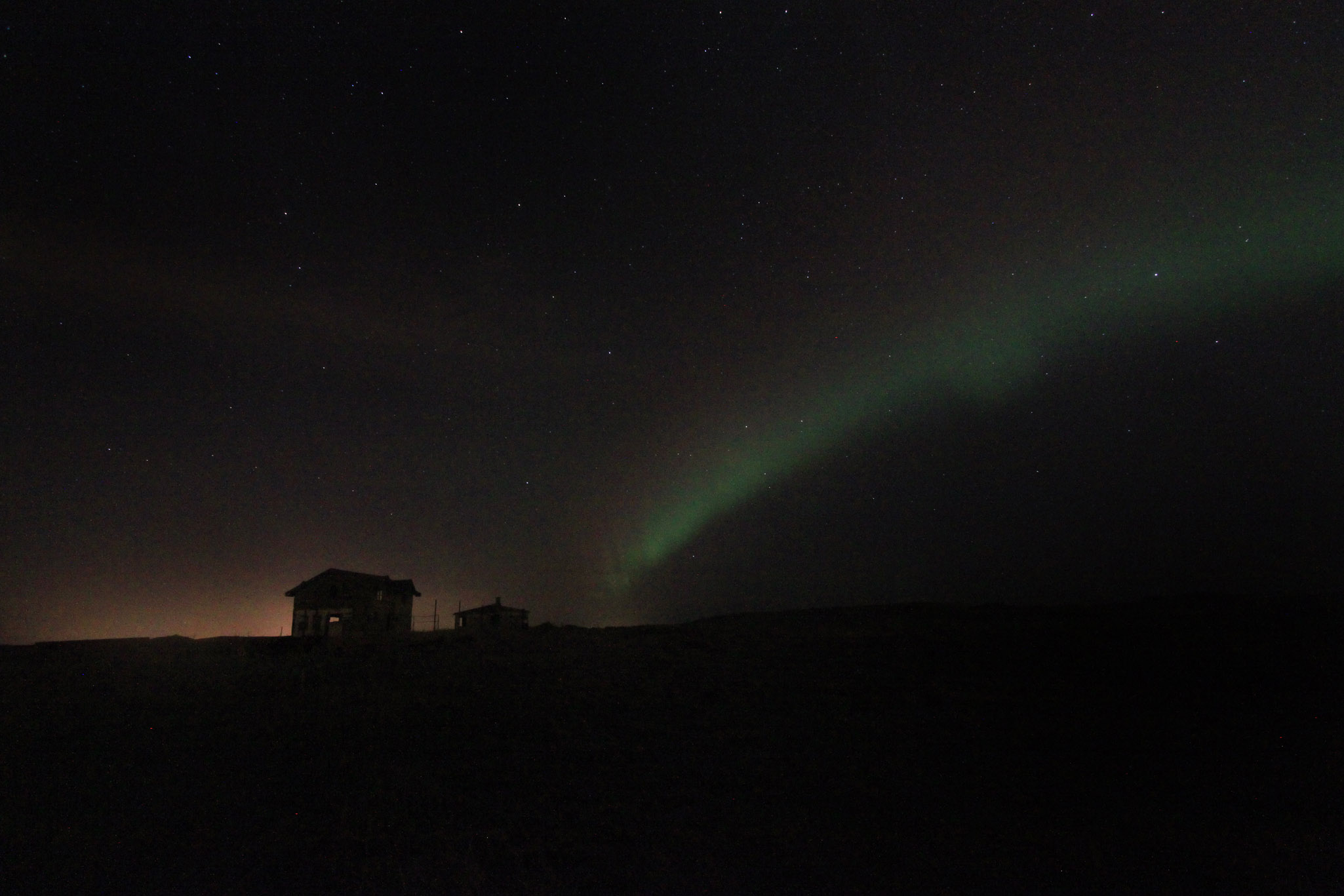 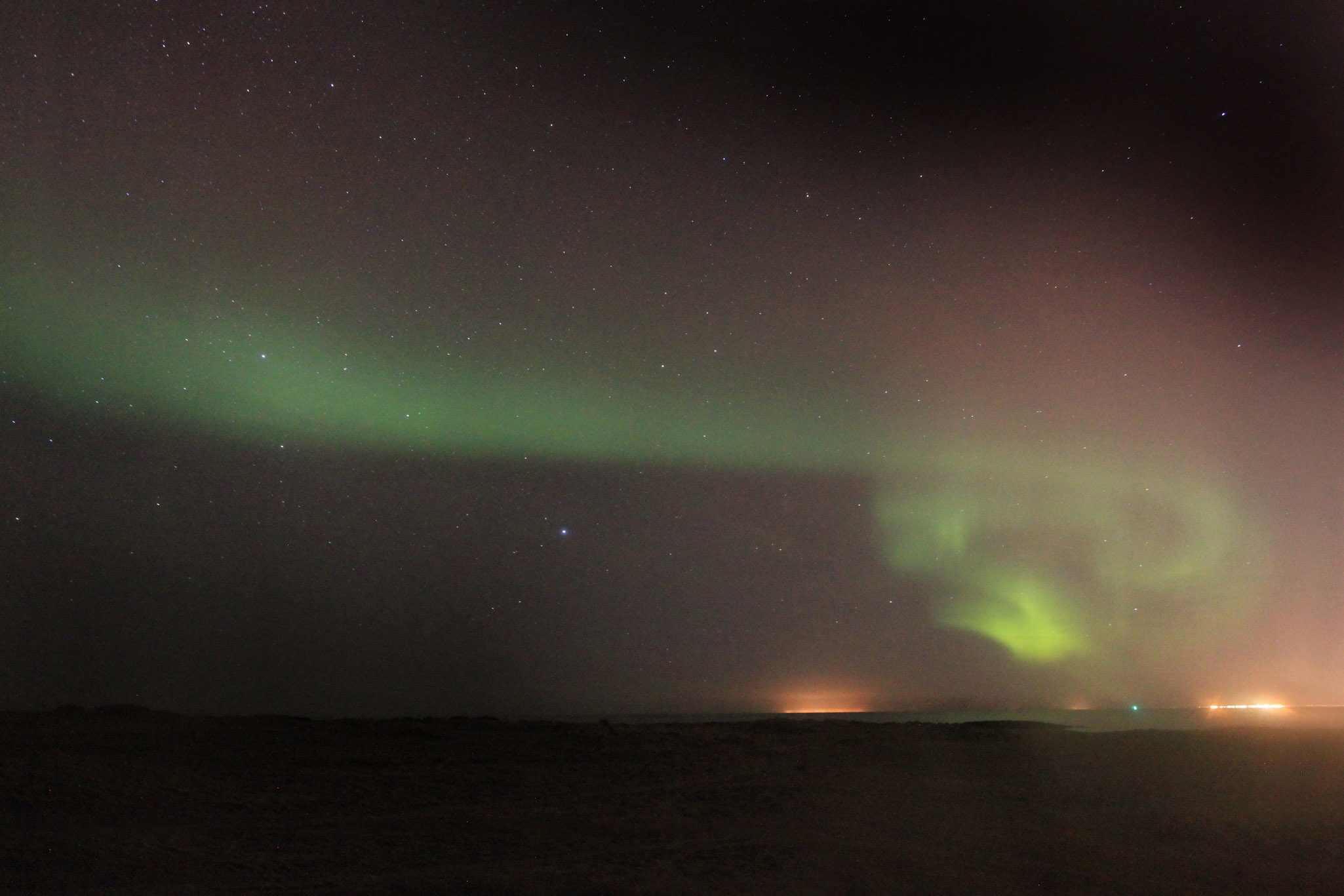 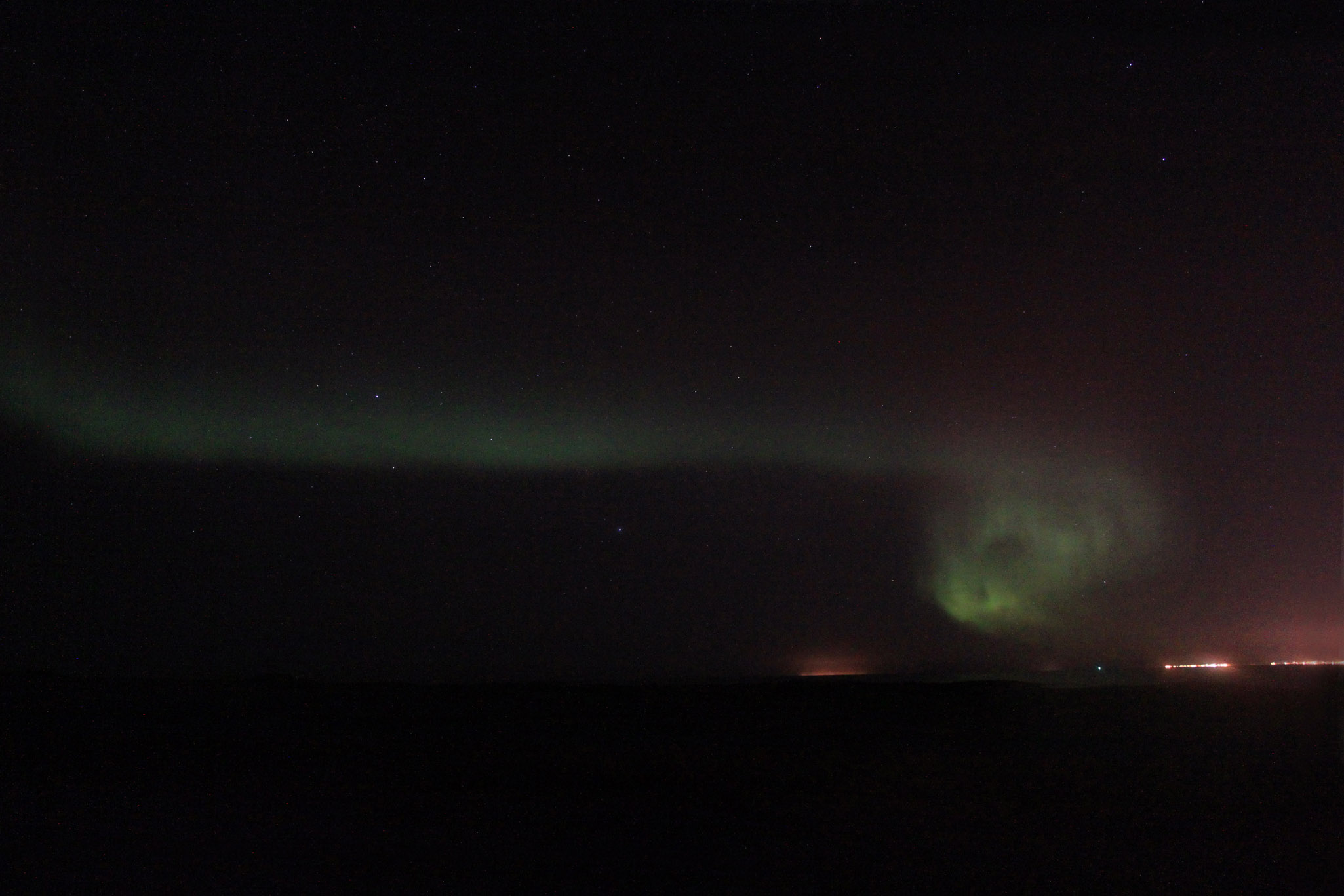 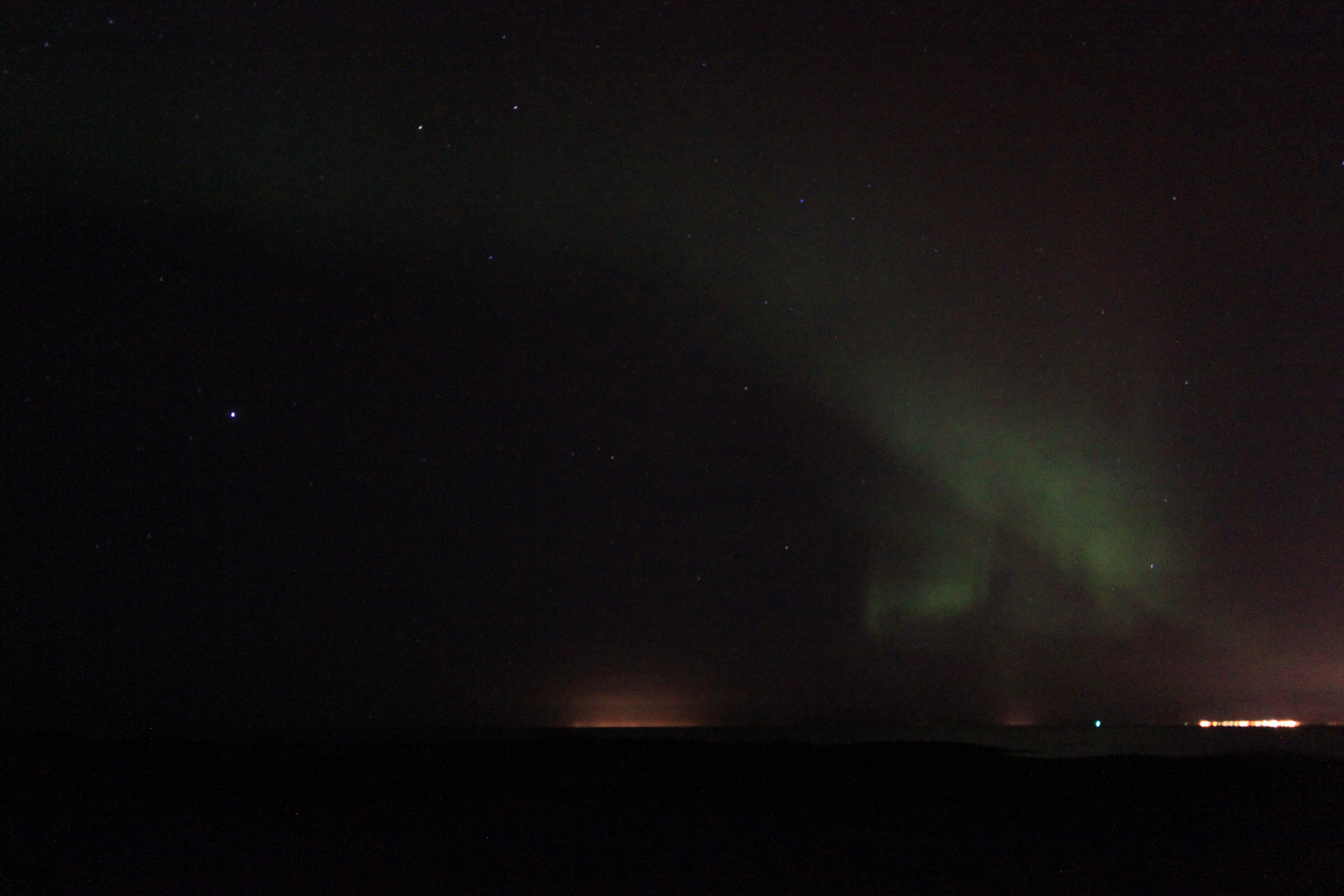 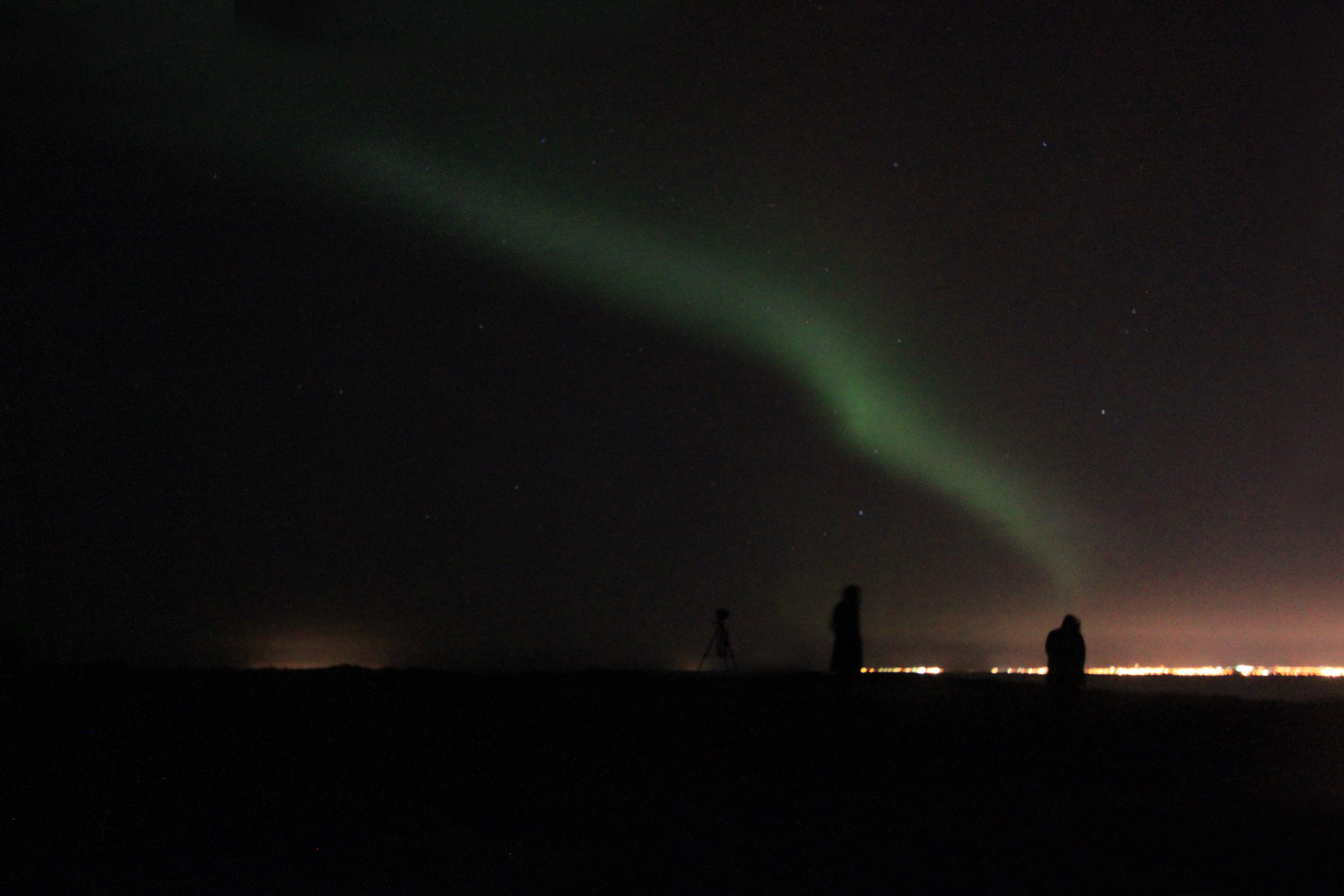 Marcus peeing out the Northern Lights 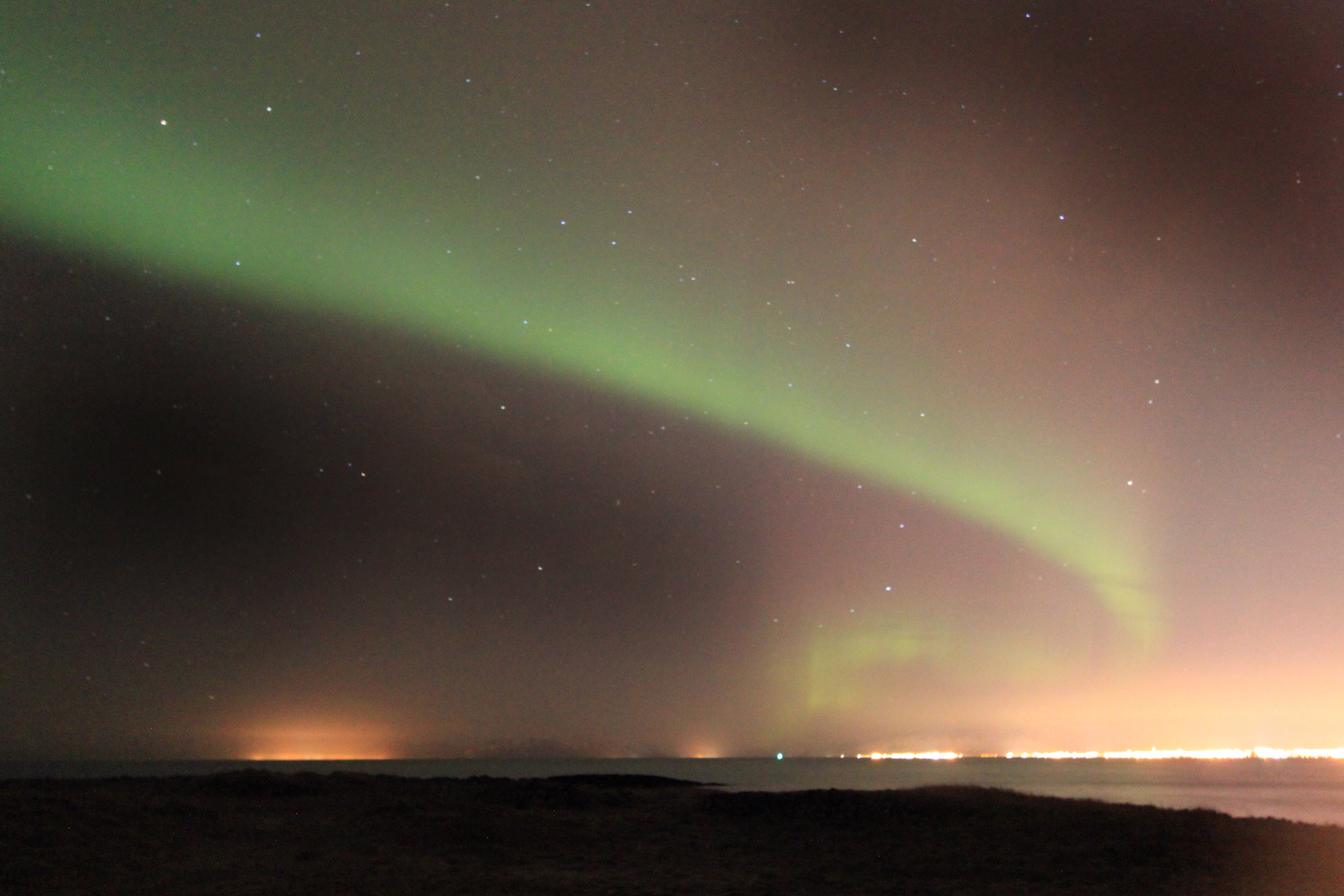 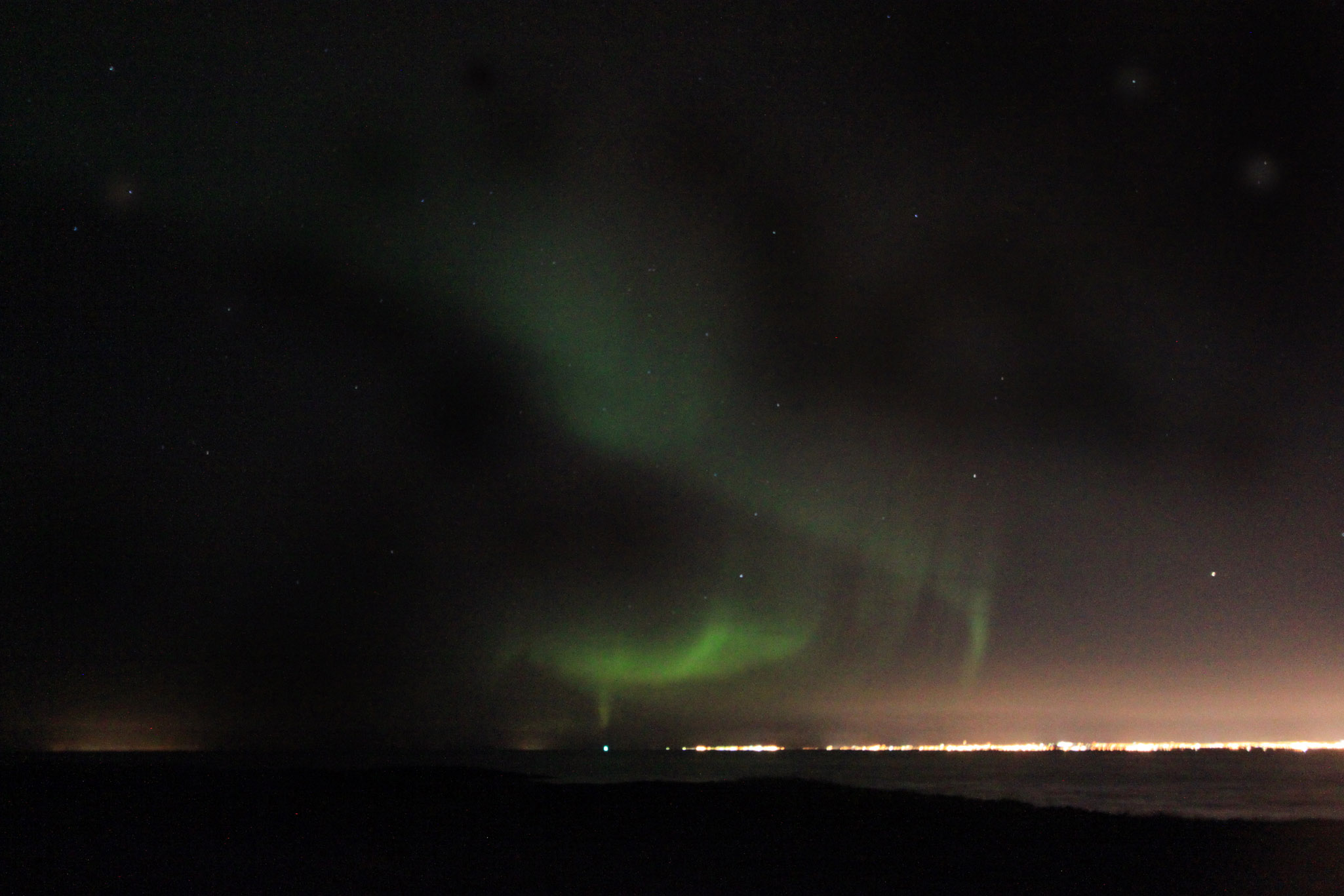 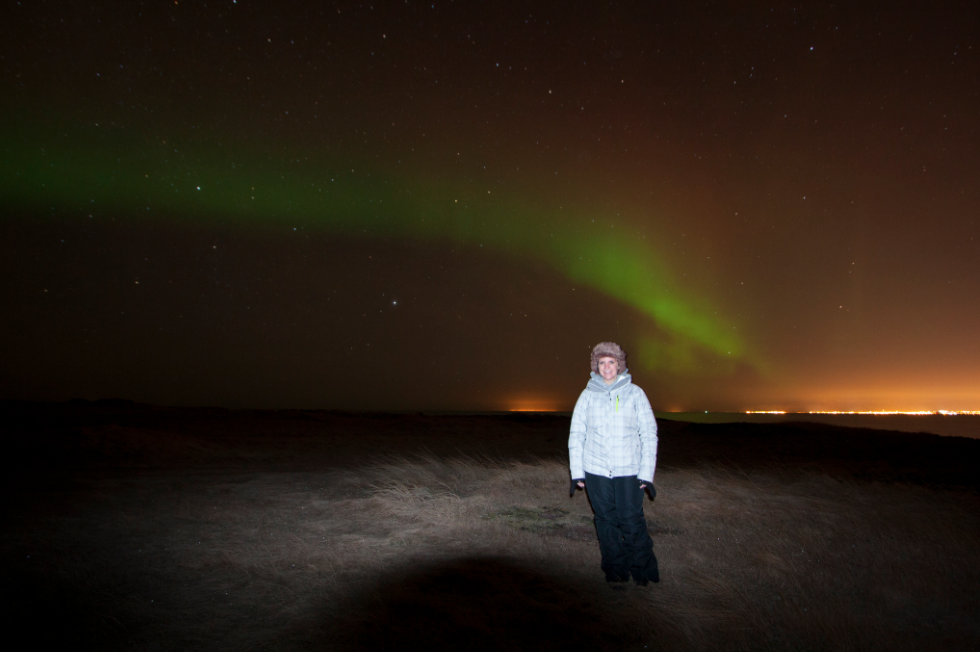 Proof that I didn’t just Google and repost all of these Northern Lights shots, thanks to Marcus’s photography skills 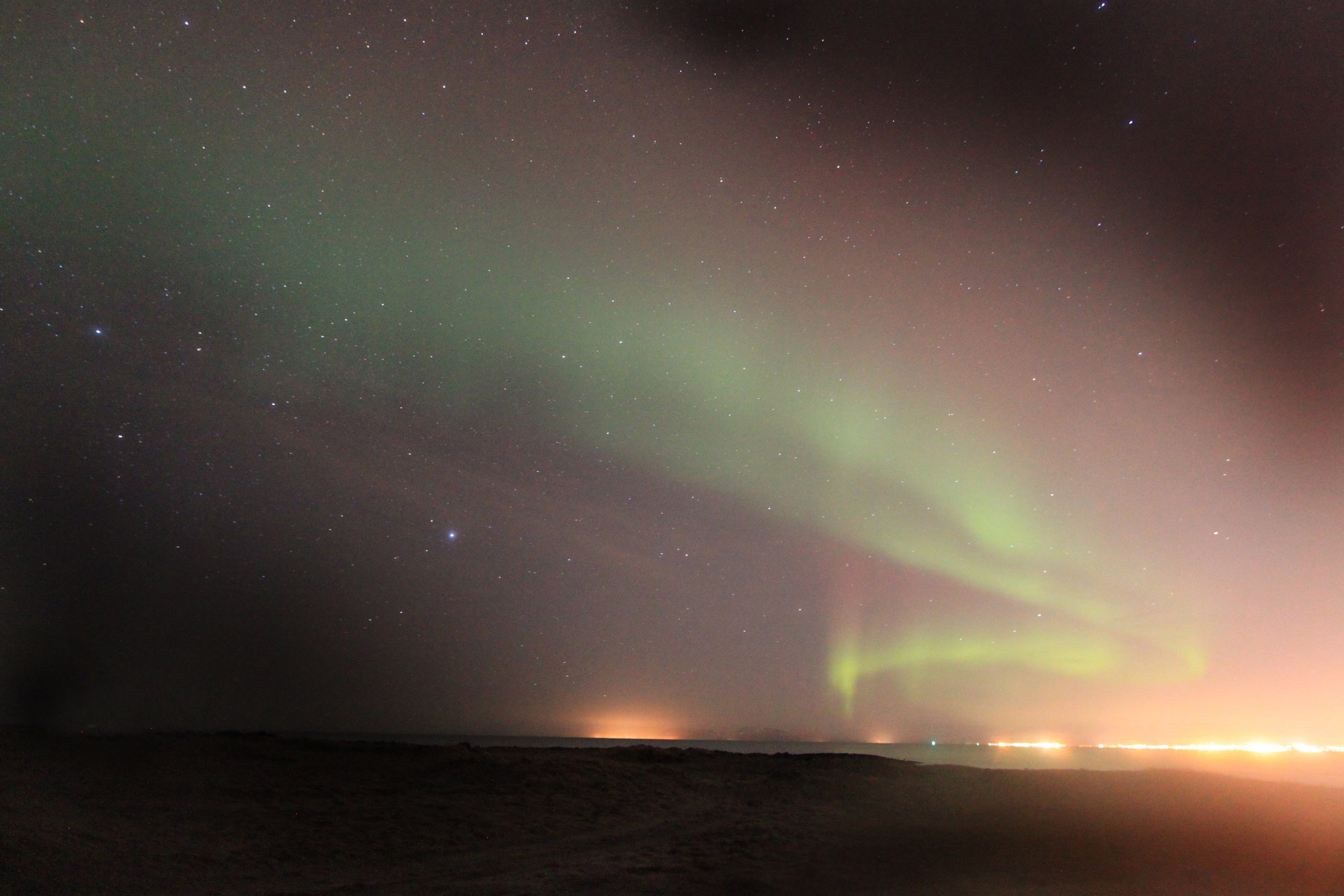 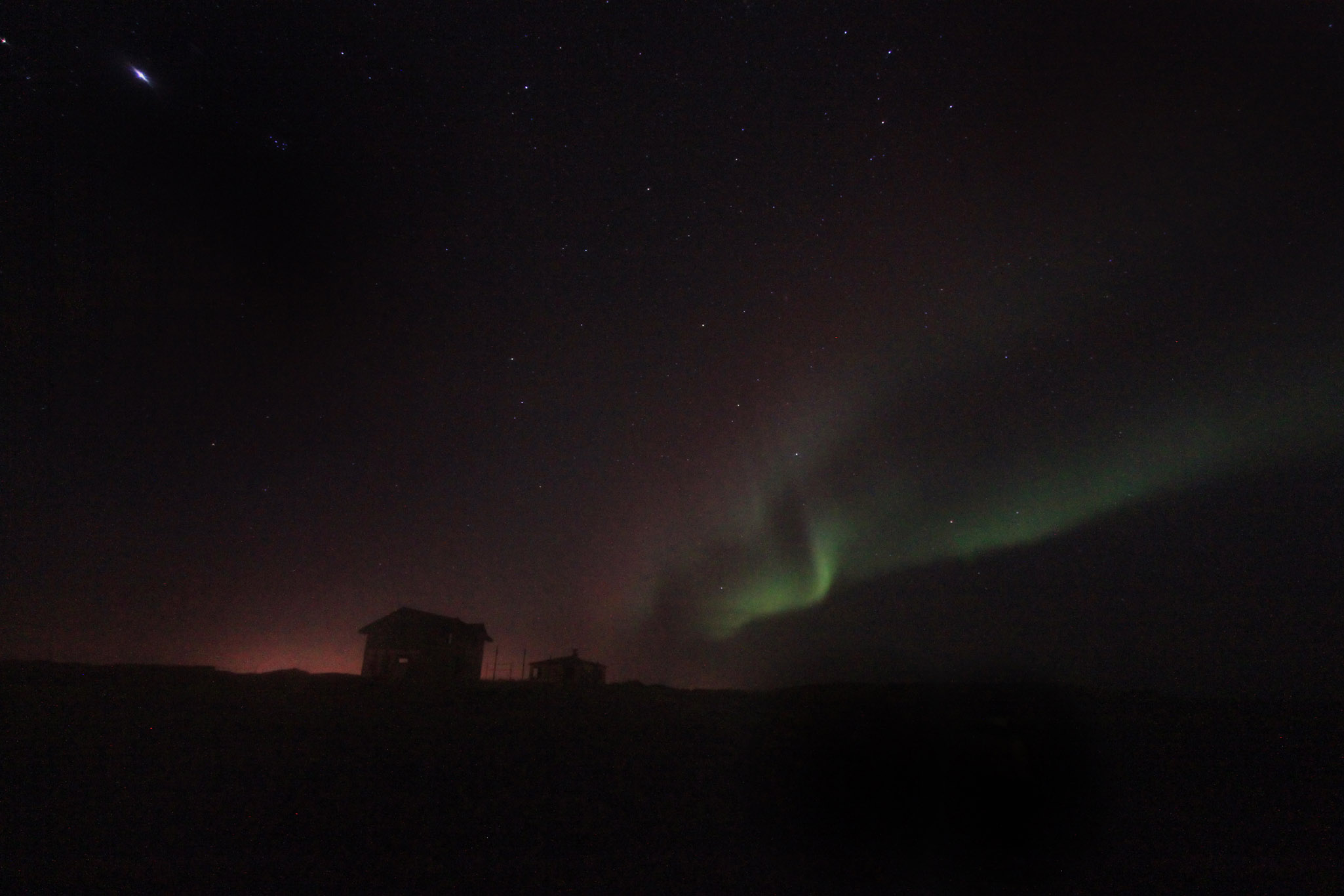 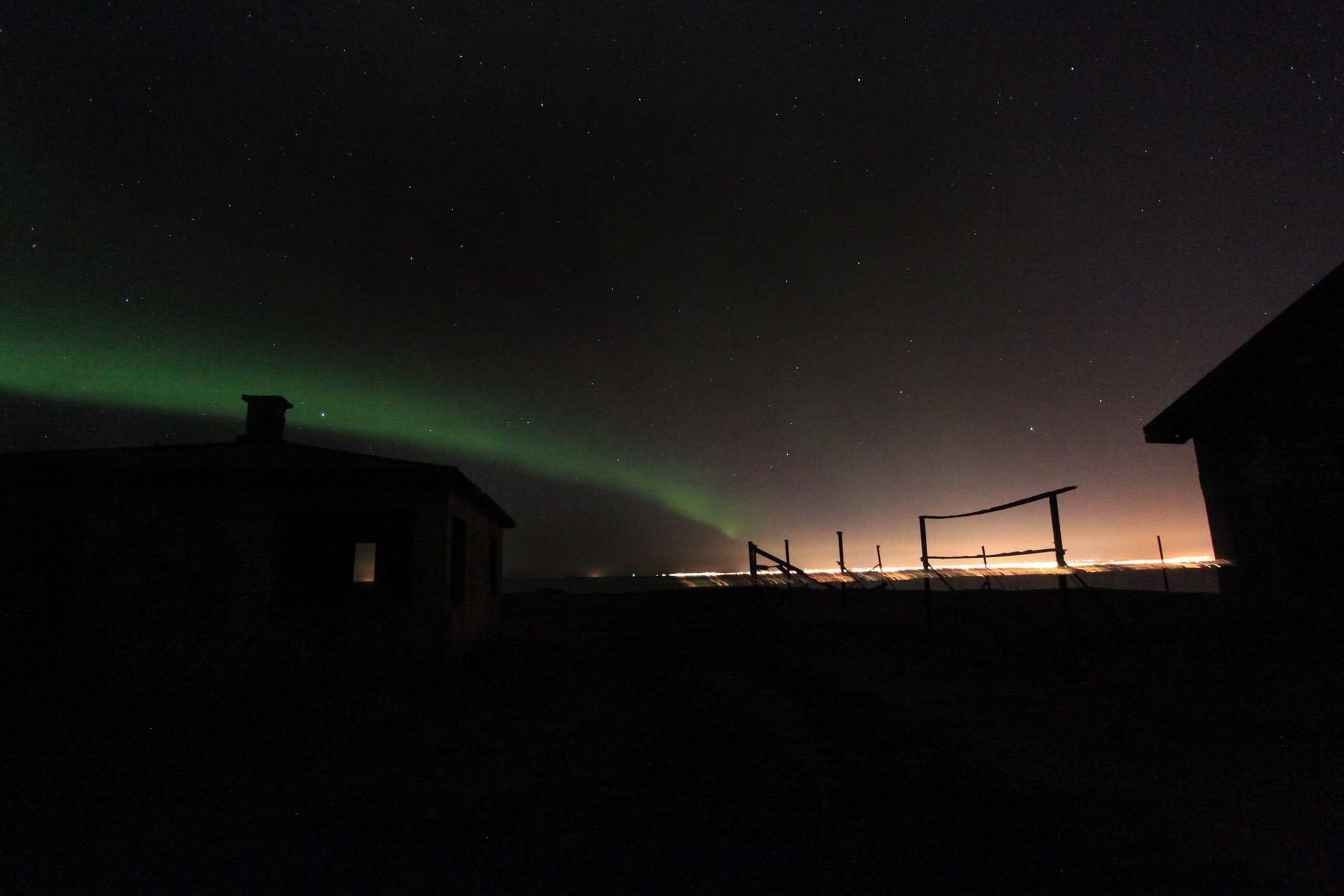 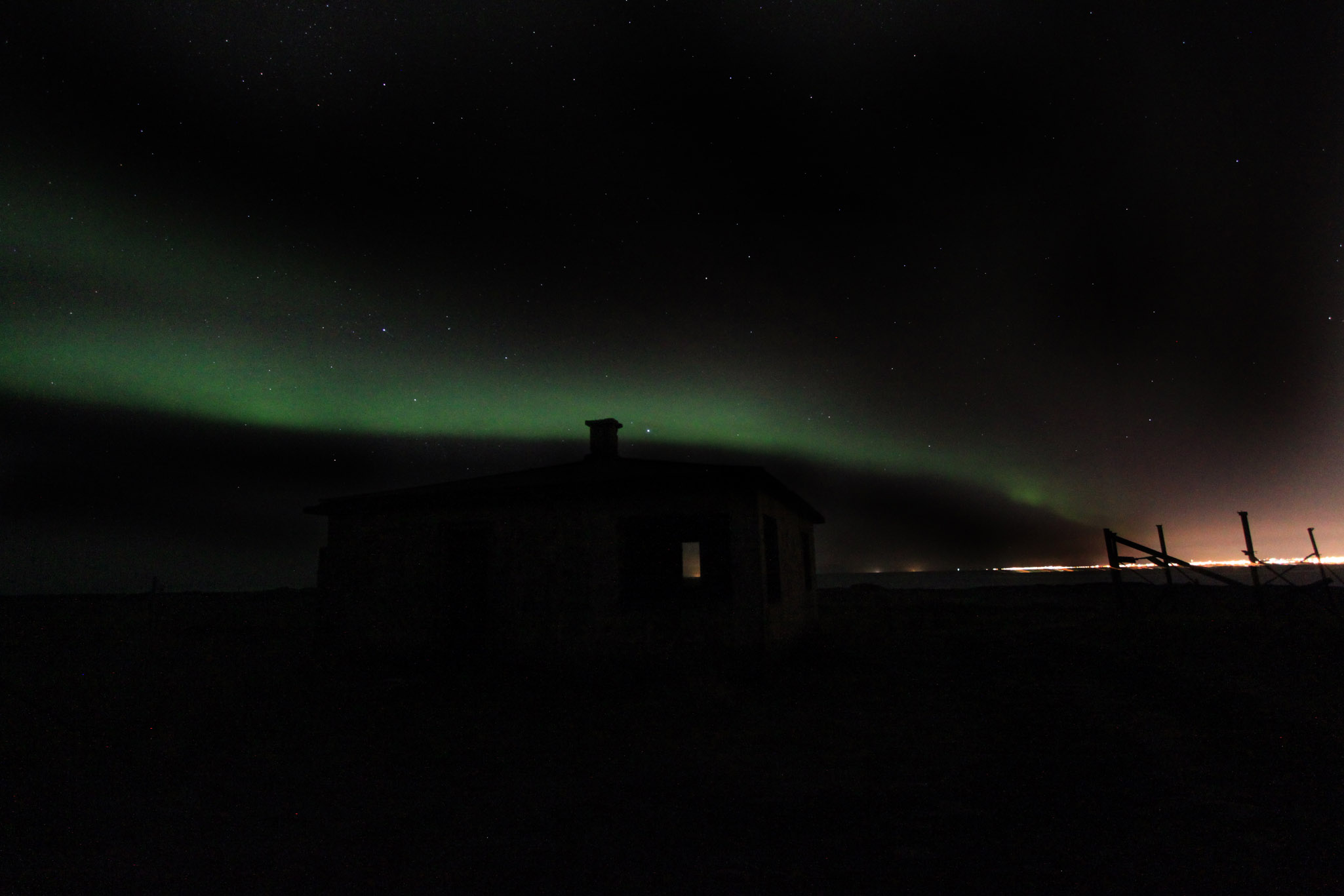 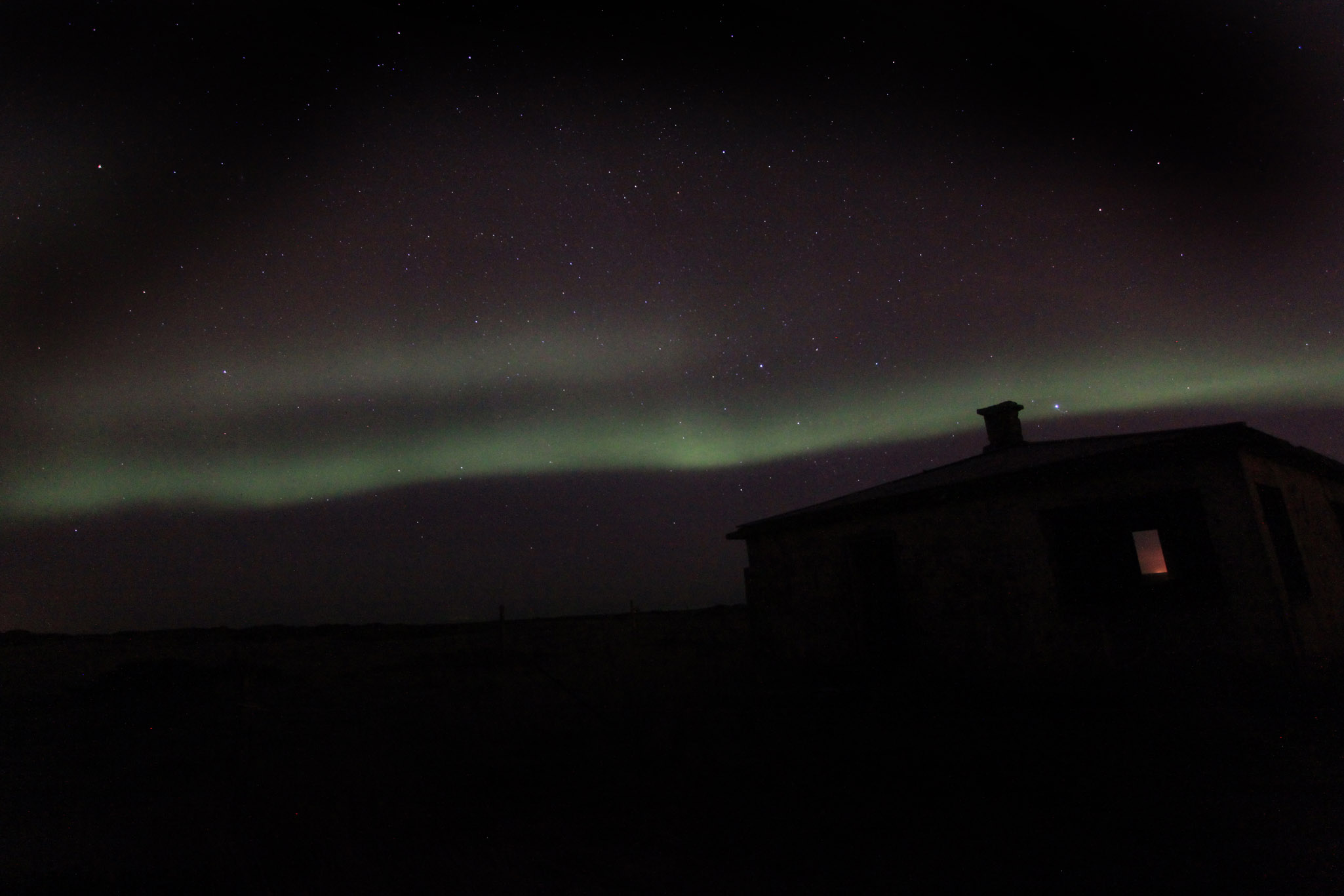