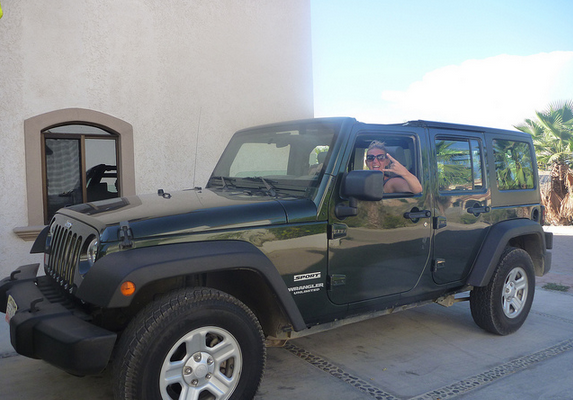 A huge part of growing up for me has been learning to admit that I actually do have weaknesses. A few of mine are that I suck at being sick, I don’t know when to put the glass of whiskey down and call it a night, I have a literal addiction to junk food, and I can’t really control the tears upon waking up from anesthesia.

And then there’s driving.

I’ve had a nine year love/hate relationship with driving. It’s kind of like that abusive relationship that makes you fear for your life whenever you attempt to take control, but when it’s good it’s OH-so-good.

I waited until I was 18 to get my driver’s license. I failed my driving test the first time (nailed the parallel parking, failed the actual driving part) but got it the second time around. I only drove within a 20 mile radius of my house. The same routes between home, work and school, over and over again. I never left my comfort zone and therefore always remained terrified of driving down any unfamiliar road. Except for that one time that I jumped behind the wheel in Pennsylvania and woke up to the sound of a horn as I gallantly steered my way out from underneath the semi. But that’s a whole nother story.

I only had my license for three years before moving to New York City and I haven’t needed a car since. I drive every once in a while when I go back to Ohio for a visit, and I’ve only recently discovered that my comfort level improves significantly when I’m behind the wheel of an SUV rather than a compact car.

Cabo was supposed to be a trip where nothing really too extraordinary happened. That was until the whole subject of renting a car came up.

Since we were staying in a house 20 minutes outside of downtown, Sherri made the suggestion. Sure, I thought, but I’m not driving it. I want a lot of things for my birthday but dying is not one of them. Then she told me her license was expired and Belinda revealed that she has never had a driver’s license to begin with. My initial instinct was “no. I’ve never driven outside of Toledo, OH, there is no way in hell I’m going to try driving in Mexico.” But then I realized how ridiculously immature that sounded and I couldn’t believe I was being such a huge vagina. I take risks all the time, and here I am too much of a sissy to do something that 16 year old kids do every day. I’m 27. It’s time to man up, grow a pair, and drive a fucking car.

When we got to the rental agency I decided fuck it- it’s literally been a lifelong dream of mine to drive a Jeep Wrangler with the top off through the desert, so why not now? If I’m going to die on a Mexican highway I’m at least going to do it in an awesome car.I was finally getting pumped about driving when they told me the Wrangler wasn’t available and I immediately started pricing out the cost to take taxis all week. I wasn’t ready to tackle Mexico in a fucking Jetta that looked like I could total it by hitting a cactus. I think they sensed my panic because they told me the car would be available in a couple of hours if we want to take the Jetta just for a bit. So we did, and I drove it all of about 100 yards down the road for some food before coming back for the exchange. 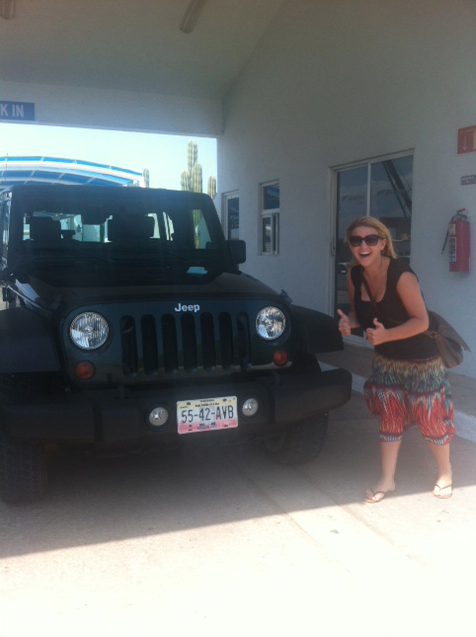 My best “I’m so terrified excited” face at the car rental agency.

I guess I should’ve Googled some stuff like street signs and important Spanish words, but it probably wouldn’t have done much good. I think I was the only person who knew what a stop sign was (nevermind the red light that I completely blew through, let’s just pretend that never happened). Not to mention the fact that nobody in Mexico follows the speed limit. I would be going 80kmph in a 40kmph or 100kmph in a 75 and people were flying by me. 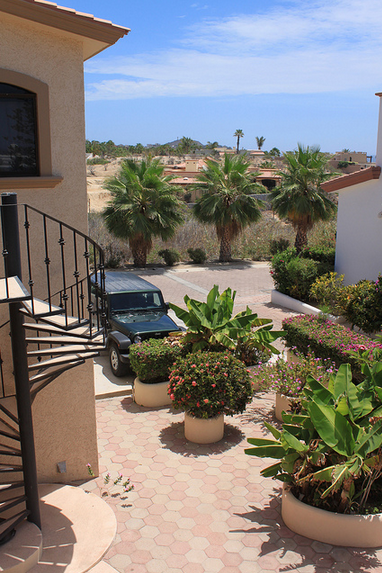 Okay this car went perfectly with this house.

It’s worth noting that when I’m nervous I drive with my hands clenched at 10 and 2, hunched over the wheel like a little old lady. You can bet I did a lot of that which was definitely not helping my already horrible game I was trying to spit at the Mexican men. And I can’t listen to loud music or hold an actual conversation without screaming. In the neighborhood we were staying in there were speed bumps every 15 feet that would even make tanks nervous. Some were traditional speed bumps, others small ditches and lost countries. It’s a damn good thing we were in an off-road vehicle. 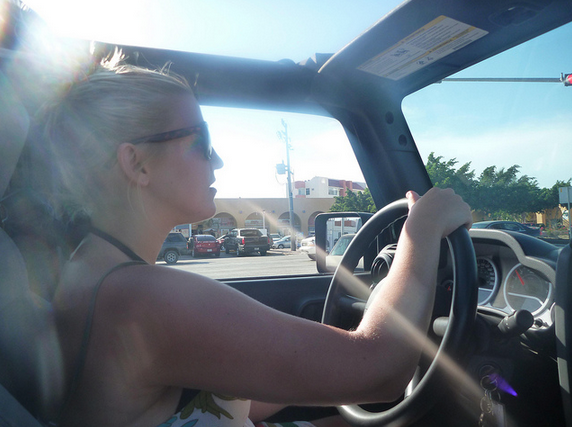 “Hurry, take my pic while I’m actually driving. No one is going to believe me. Oh wait, let me at least try to look relaxed. What’s the opposite of 10 and 2?”

But I did it. Not only did I convince myself to tackle one of my biggest fears and drive in another country, I actually really enjoyed it. I drove about 45 minutes from the airport to the house and back, and a few trips into town here and there. Yes I made Sherri drive on my birthday (so what if she had an expired license, it’s Mexico). And best of all, I got to check “driving a Jeep Wrangler with the top off through a desert” off of my bucket list. My 27th birthday will forever be the time that I finally stopped being such a sissy and realized that driving really isn’t that scary at all. 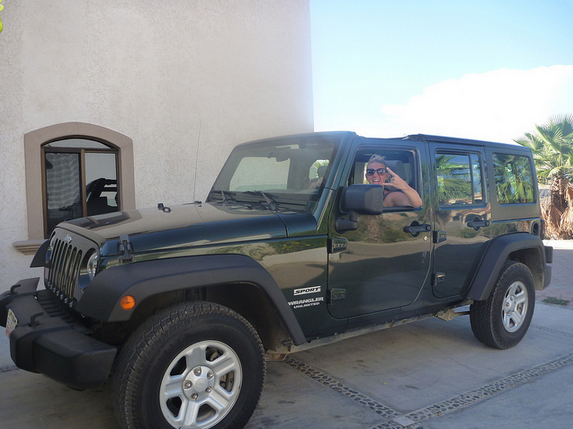 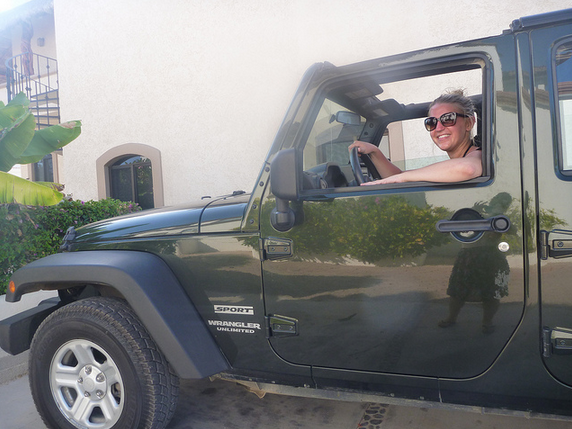 Seriously, who smiles like this while parked in an SUV?

$300 For Another Amazing Birthday Getaway

It’s that time of year again. That time when I celebrate the welcoming of my existence for an entire month...
Continue Reading

Warning: Landmarks May be Smaller Than They Appear

Despite my general lack of motivation to do much of anything while in Cabo, we made the trip out to...
Continue Reading

My Five Birthday Wishes in Cabo

I love my birthday. Despite 18 years of K-BFA education and 12 years of working, I've never actually gone to...
Continue Reading