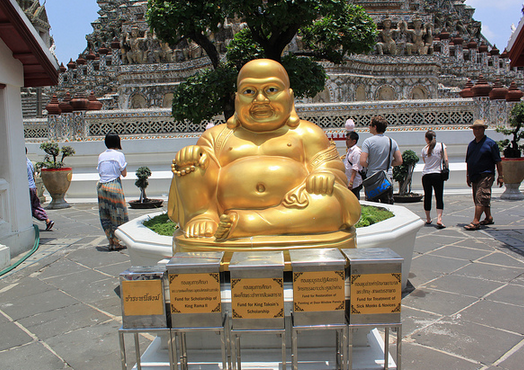 I just got back from my biggest trip to date, and if I had to sum it up in one word I’d say: absolutelyinfuckingcredible (stories/proof to come!). I didn’t really know what to expect upon arriving in Thailand, but here are a few tips that could help you out if you’re planning a trip to the land of smiles. Some you’ll find on other travel sites, and others, well I learned them the hard way.

1. EVERYBODY will try to rip you off
Seriously. I thought it would just be the street vendors and tuk-tuk drivers, but no. Even the hotel reservations desk was trying to charge me more than necessary for my room. And they’re all SO FREAKING NICE that you don’t even realize they’re doing it.

2. Be alert and ready to stop whatever you’re doing at 8A and 6P
The Thai national anthem belts out throughout Bangkok twice a day. If you’re in a public place and you hear this, stop whatever you’re doing and freeze in place to pay respect until it’s over. Don’t be like me—the girl walking through Lumpini Park oblivious to the standstill motion of passerbys until about 20 seconds in. And obviously, don’t talk shit about the royal family. Ever. The girl at the front desk of my hotel in Phuket did, and everyone stopped and looked at her as she nervously clamored an apology while speaking up to the ceiling. Then she whispered something about voice recorders to me.

3. Pack long pants and shirts with sleeves
Thailand’s hot but you can’t get away with barely-there daisy dukes and spaghetti straps. Pack some more conservative options for visiting places of worship or you won’t be able to get in. That means covering up your knees and shoulders. Yes if you’re in Bangkok there’s a good chance it will be unbearably hot, and yes it sucks. But while we’re at it, if you’re a woman with blonde hair try not to draw any more attention to yourself with bright dresses and western hemlines. It does not make for a comfortable experience. Cover up. The only people who want to see your cleavage are people you don’t want to see your cleavage. 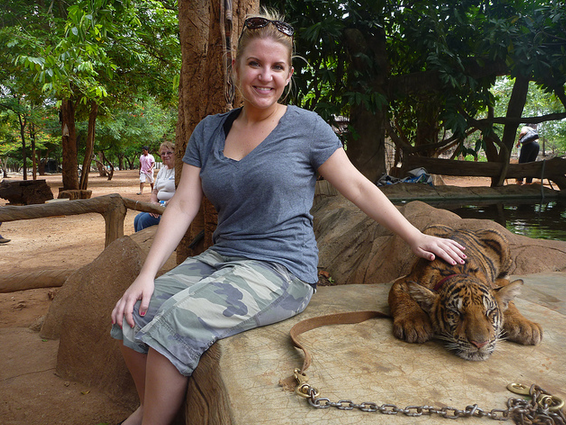 4. Always carry a copy of your passport
Apparently it’s a law in Thailand and you can be arrested if an officer stops you and you don’t have the real thing or a copy. Obviously a copy is the safer option for carrying around all day.

5. Always carry tissues
Most places keep toilet paper in the common area near the sinks. But if you’re used to it being toilet-side, you can bet you’ll forget to grab some on the way in on more than one occasion. Avoid the “bum gun + shaking your ass to air dry” combo and just keep some tissue on you at all times. That way, you’re always prepared no matter the situation—even for a squat toilet. Also, hand sanitizer comes in mighty handy.

6.Get ready to put your foot down when you get in a tuk-tuk or a taxi
Immediately they’ll give you some inflated tourist price, so negotiate down. And make sure you reach an agreed upon price before you get in. Think that’s the end of the negotiating? Probably not. Once you’re in they’ll likely tell you that they’re giving you the lowered fare in return for taking you to do some dress/gem shopping along the way. Even when you tell them no ten times (and think you’ve reached a mutual agreement that you would just like to get your destination quickly and hassle-free), watch the path they’re taking you on. I had to jump out of a tuk-tuk after this happened and we turned down a dimly lit alley heading in the opposite direction of my hotel. 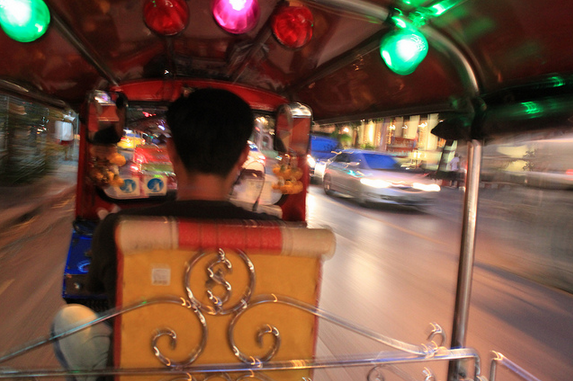 7. Think twice about using the water for anything
Not only should you not drink tap water in Phuket, but you should also think twice before hand-washing your clothes in the water. I sweat, a LOT, and I wanted to try and get some of the stench out of my clothes before packing them up for a 30hr journey home. I was so proud of myself for this ingenious laundry technique, but the smell that that water left on my clothes is the worst thing I have ever smelled in my entire life. Ever. My backpack still reeks.

8. Be sure you actually want what you’re buying
Money returns aren’t really a thing in Thailand.

9. Beware of rice whiskey
By all means don’t be afraid to try stuff, but don’t take random advice from homeless strangers and try the rice whiskey behind the counter at 7/11 unless you’ve got a serious palette for strong alcohol. I can handle a wide variety of alcohol, but let me tell you—that shit was like ipecac syrup for me. 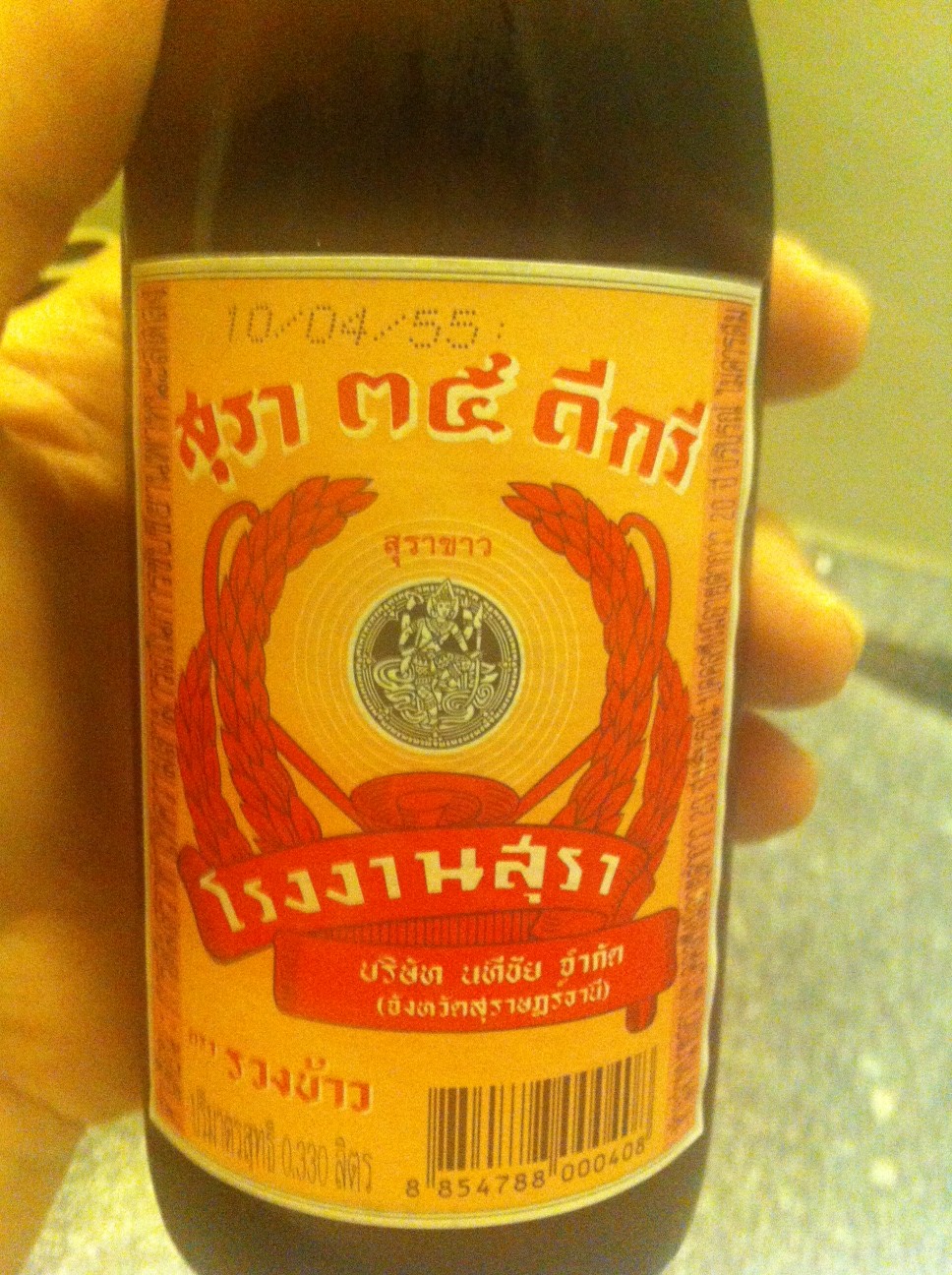 10. Be ready for attention if you’re a woman of non-Thai descent traveling alone
If you’re a single female traveling alone, nearly everyone will ask why your boyfriend isn’t traveling with you. It may feel a bit like prying and a sneaky attempt to find out if you’re DTF when it comes from men, but one Thai woman told me that it is out of genuine curiosity and not meant to be offensive at all.

11. Know what kind of food you can handle BEFORE you go
It’s always great to try new foods, but definitely try and accustom yourself to local cuisines before traveling. Don’t be like me and go all “Man vs Food” style on a gigantic plate of green curry and spicy peppers if you’re not used to spicy foods. Otherwise you’ll end up eating Pepto and Immodium for the next 10 meals and bribing the bellboy to bring you any sort of rehydrating fluid. 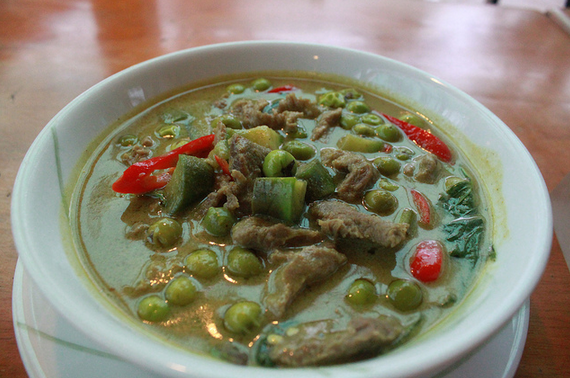 12. Thais do not know as much English as you may think
Thais in the tourist-heavy parts of Bangkok and Phuket speak a great deal of English, but not as much as I thought based on my research. It seems they know just enough English to do their jobs, but aside from that don’t be surprised if you don’t have much further of a conversation. Also, many have not heard of New York City (gasp)!

13. Traveling alone during rainy season may limit your activities
You might not want to head to Thailand during rainy season if you’re traveling alone and you’re interested in doing lots of island hopping or tours/excursions such as an overnight camping trip in Khao Sok National Park. Several times I was denied a trip because they need at least two people to make it worth their money or time. And since there aren’t that many people touring during that time of year, the odds of booking it along with a group is a bit less likely. 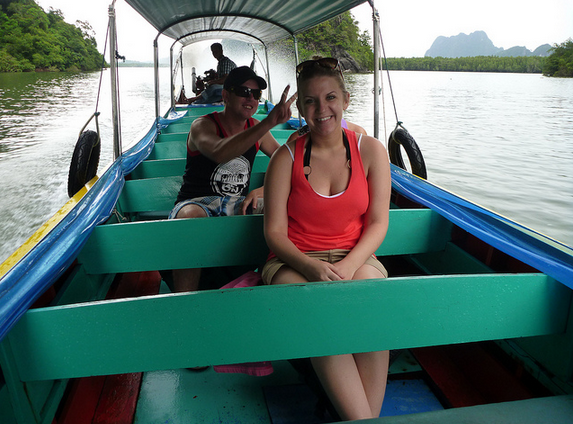 15. If you rent a car or motorbike, be careful
Traffic is a free for all and there seems to be minimal safety regulations. I’ve read that lots of tourists get in severe, even fatal accidents regularly. Follow your common sense about safety precautions such as helmets and other protective wear, and pay attention to everyone around you. People drive around on mopeds with their newborn infants in one arm.

Of course I could go on for paragraphs and paragraphs, but the best piece of advice I have for Thailand is just to go. Experience everything you can, see all different parts of the country, and just try to get a taste of Thai culture. The people are remarkable, friendly, and genuinely intriguing. Use your common sense and be open to new experiences and you’ll have a great time! I definitely plan to go back during high season and do some island hopping myself.

I’m a woman who hates shopping. In fact, I actually loathe the idea of pushing my way through crowded stores...
Continue Reading