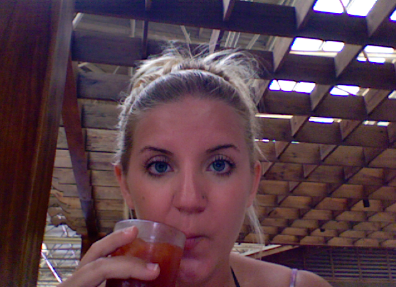 I woke up with an intense craving for bloody marys which is strange because I’ve only had them once in my life before. I gulped down about 10 of those for breakfast.

It was raining, so I paid $15 for internet access and decided to play on that for a bit until I got bored. After a bit I thought “screw it. I’m on vacation and I’m not going to let some rain stop me from having a good time.” I changed into my bikini and went out to the hot tub where I met a couple groups of people from Pennsylvania and LA. After nearly an hour in the jacuzzi, one of the dads asked the kids, “who wants to go to the water park?” to which I shouted “me!” Then I felt a little weird, so I said “I mean, if that’s okay. I’ve been dying to go and maybe I won’t look like such a loser if I’m with some kids.” So we gathered our things, filled up on drinks, and went over to the water park. It’s not a huge water park by any means, but obviously enough to keep a group of children (and some fun-loving twenty-somethings) amused for an hour or two. There were two water slides and a lazy river, but all of the kids and I kept running in circles up and down the slide. Honestly, it was the most fun I had since I arrived in Jamaica. I bought a couple of pictures that the resort photographers took of me going down the slide with the kids. Once I get back to a scanner, I’ll post those.

It stopped raining for a little bit, so I went down to the beach with one of the moms, Betsy, and her 7 year old daughter Jenice (I may be totally butchering the spelling). They were from LA, and Betsy was probably about the same age as me. Nicest people ever. 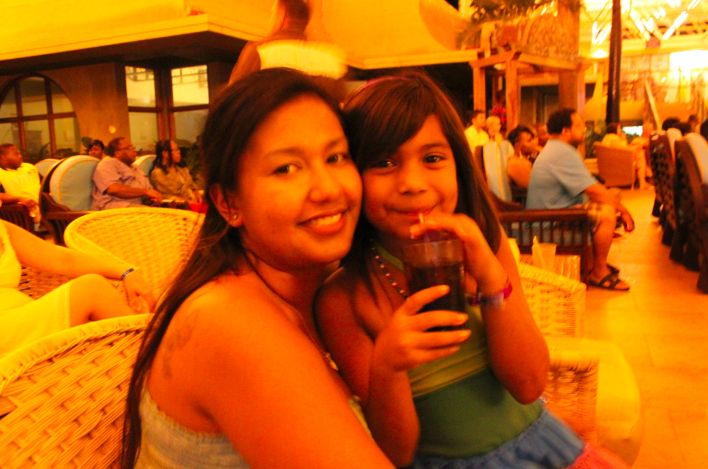 The kids wore me out so I headed back to the room for a quick nap before dinner. Unfortunately I didn’t have time for a nap before dinner, so I got ready and went over to the Italian restaurant for another five course meal. I ordered a cheese manicotti with snapper, which was a very interesting combination. The dish had all kinds of mixed vegetables, and in my opinion it just didn’t mix too well. The manicotti was great on its own, as was the snapper, but together it was a bit strange for me. I also enjoyed a glass of red wine, fresh mozzarella and tomatoes, a caesar salad, calamari, eggplant, and a cannoli. The meal definitely didn’t compare to some of the amazing Italian meals I’ve had in New York, but Jamaicans also cook a bit differently. It was all good, just in a different way my ridiculously American taste buds aren’t used to. 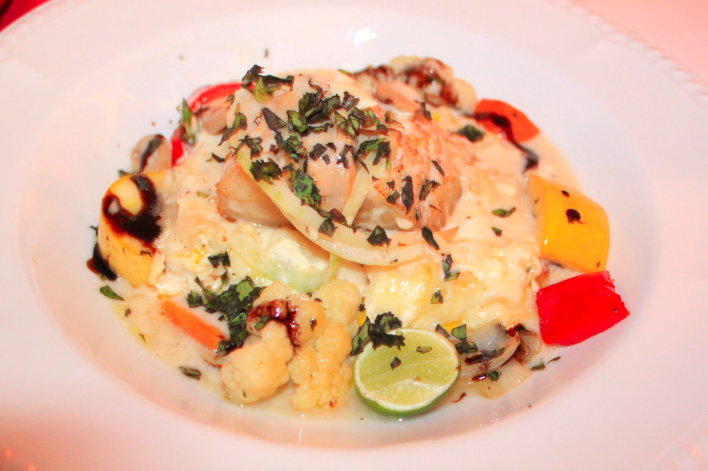 During dinner it was really storming. The entire resort lost electricity quite a few times during dinner, but never more than a minute or two at a time. On the way back, there was a steel drum band playing in the common area.

After I made a quick Skype call to my mom, I went back to watch some live entertainment. Some guy proposed on stage (of course. What would a Caribbean vacation be without witnessing a proposal or two, no?) There were a few dance offs, and then some crazy man limboed underneath of a burning piece of wood about a foot off the ground. The entertainment went on for several hours, inviting members of the audience to get up and compete in a few random competitions. They called five women up on stage for a cake eating contest. They blindfolded all five, then took them off of the first four girls, leaving the fifth one to believe they were all still competing. We watched and cheered on “all of the contestants,” and after the cake was gone they took the blindfold off the last girl to show her that she’d basically just been scarfing down cake alone, with all eyes on her. 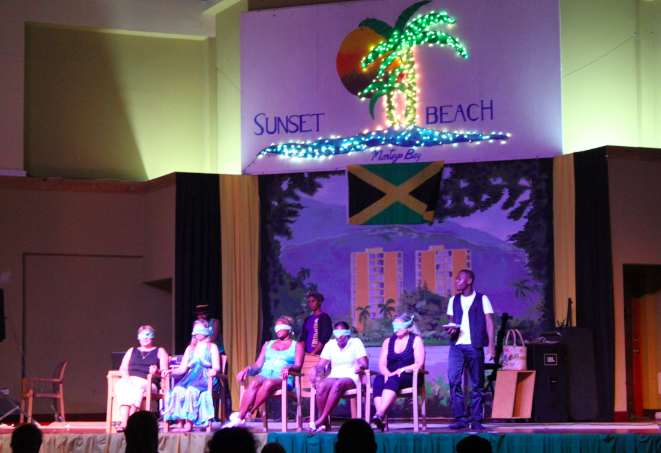 Later in the evening I saw the cake-consuming winner hanging out in the lobby. She was actually an insanely nice woman from Toronto, who was down in Jamaica on business. I almost felt bad that they played such a prank on such a nice woman, but  she liked caked so I guess that made it okay. Her coworker told me that he laughed so hard he threw up. I wish I would’ve gotten that on tape! I stopped and chatted with those two about all things New York, Toronto, and hockey related until I decided to call it a night to go up to the room and pack.

It took me all of 10 minutes to pack, so I sat on the balcony watching the thunderstorm out over the ocean until my buzz wore off. With each crack of thunder, all of the lights would go out in the resort. Kind of crazy seeing nothing but pitch black in front of you, except for the glow of lightning reflecting off the water.

Day 26: Life’s a Beach for Dogs in Fort Myers

It shouldn't be 88 degrees in October, but it was down in Naples. After scarfing down some french toast, bacon...
Continue Reading