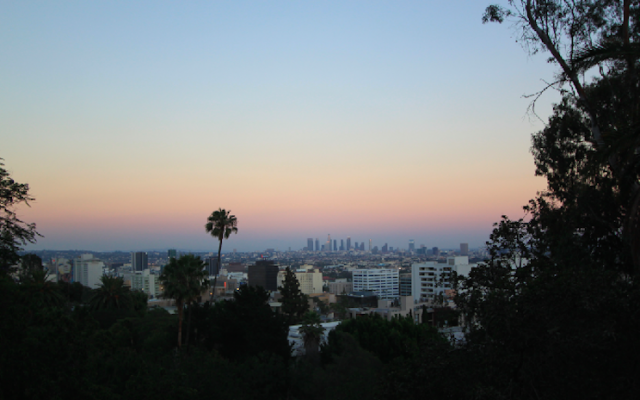 So I left New York. Again. Except this time it will be a bit more permanent.

When I went back to the city in June I only intended on sticking around for a few weeks—long enough to earn enough cash to get me to LA. Thanks to a consistent flow of freelance work and some incredibly hospitable friends, I ended up staying until November and living out of a backpack while I figured things out.

Now, five months later, I’m excited to say that I’ve accepted a full time job offer in Los Angeles and I’m finally moving to California! I’m still amazed at how perfectly this all worked out, but I’m a firm believer that everything happens for a reason, and when you follow your gut and make decisions in line with your ultimate goal, you’ll get to where you’re supposed to be eventually. 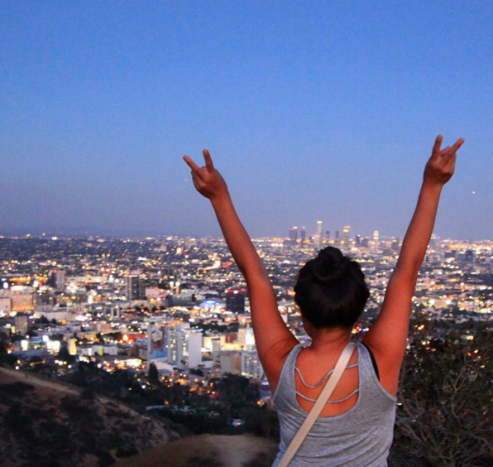 A brief backstory about my journey to LA:
During the summer of 2014 when I was trying to decide whether or not I should stay in advertising or take a break and travel South America, I actually interviewed for this same company. I knew they had an LA office so I pursued it in hopes that I could eventually transfer. But I didn’t get the job, so I took that as a sign to follow my gut and pursue my South American adventure. Best decision ever.

Fast forward to this past summer, a year later and post-trip. I was applying for countless jobs in LA when I started picking up shitty freelance gigs in New York. In August I signed on to a job that lasted two months, and I also immediately booked a random one-way ticket to Los Angeles on October 6th to avoid being sucked back into New York.

When I was about three weeks from my LA move date that job made me take a mandatory leave while they sorted freelance budgets. I called my recruiter and asked if there were any short-term projects she could move me onto that could guarantee some sort of income for the next couple of weeks. That evening she got me in at that same company I’d interviewed with a year prior.

I started the new gig the next morning and immediately loved it. The team was incredibly smart, super friendly, doing awesome stuff, and everyone there seemed to genuinely love what they do. It was supposed to last 1-2 weeks but it remained open-ended, and conversations started happening about whether or not I might be interested in full-time.

October 6th came and I made the decision to cancel my flight to LA. It was a tough call, but I felt I had to see this opportunity through and see where it leads. At the very least I would keep working through the end of the year, save as much money as possible, and get some great new work for my portfolio. Then I could spend the holidays with my family and move to California with a decent amount of money in my pocket at the start of the new year.

After nine weeks the company’s creative recruiter pulled me aside and asked if I was interested in full time. I told her I’m more interested in the Los Angeles office than New York and her face lit up. Apparently they had been searching for someone at my level for a while but hadn’t found the right fit, so she set up an interview. A few Google Hangout interviews later, I got an offer.

The verbal offer came through on 11/20, and on 11/25 I had signed the paperwork, packed up and bid farewell to my life in New York (again), and was sitting on a bus back to Ohio. It all happened so incredibly fast that I didn’t even get to squeeze in my goodbyes. But when you’re living out of a backpack and subletting a bedroom, it makes it easier to pack up and leave at a moment’s notice. 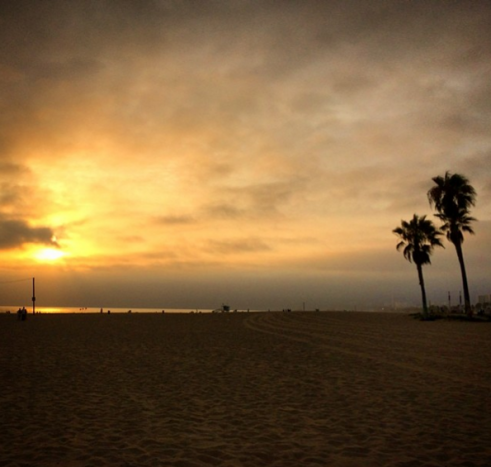 I still cannot believe how perfectly this all worked out. Some people may think I’m crazy when I do things like sell all my belongings to travel an entire continent for five months, then spend six months looking for contract work in New York City just to get back on my feet. But I think I’m just extremely lucky to know what I want in life, and I’m not afraid to do what it takes to make those things happen. I knew over a year ago that I wanted to move to LA eventually. But I knew that I also wanted to travel South America in the immediate future, and that’s exactly what I did.

New York will always be home to me. It’s the place where I branched out on my own, spent my twenties learning and growing into someone I’m actually pretty proud of, and finally learned the value of having amazing people in my life. But I’m ready to gain a better work/life balance. I’m ready to spend more time being active outdoors, more time exploring and taking photographs, less time drinking, and overall just living a simpler, less chaotic life that’s more in touch with nature. I don’t know how long I’ll live in Los Angeles before I move on, but I think this will be a great transition to the West Coast. I’m excited to explore more of this country’s mountains and national parks. And with LA as a home base, hopefully I’ll be making more trips across the Pacific.

I’ve got about a week in Ohio to pack up my stuff before I fly to LA on 12/3. I’ll have a few weeks to start my job and look for an apartment before flying back for Christmas, then my parents and I are loading up the U-Haul to road trip west. It’s going to be a busy month!

Oh yeah, on top of this exciting life change, my trip to South America has also kickstarted my travel writing career. The day before I landed my LA interview I was commissioned to write a piece that I’m super excited about. It will be going live in late December, so stay tuned!

Cheers to kicking off my thirties in the only way that I know how: with an awesome life change.