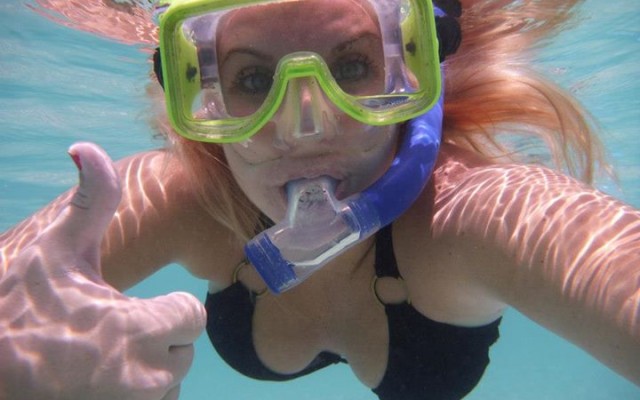 It hardly feels like the middle of December to me. Probably because I haven’t bought a single gift, I haven’t been to any holiday parties, and I’m not packing up for the usual snowy week in Ohio, eating my mom’s Christmas cookies for every meal. Instead I’m gearing up for a sunny vacation in a bathing suit and flip flops.

I’ve somehow convinced my parents to go to the Florida Keys this year for Christmas. Weird considering we haven’t taken a family vacation since I was like twelve, and we’ve had the same Christmas tradition going since before I was born. Florida isn’t anywhere near the top of my places to go list, but I figured the Keys were a good compromise—a place my parents could relax, but I could still do some exploring. Plus, I could take advantage of this super chill vacation as a chance to get scuba certified.

I first looked into diving in 2012 before my trip to Thailand. But I just as quickly realized that the Similan Islands were closed or had poor visibility during the rainy season, so I shelved the whole diving thing. So I finally started the coursework a few weeks ago thinking certification was going to be a piece of cake. I mean, ten-year-olds do this shit. I basically grew up in a pool, I’ve been in the ocean countless times, and I’ve actually found myself bored with snorkeling because I wanted to see more. So scuba diving naturally seemed like a good next step.

As soon as I started reading the book and watching the dvd’s, I realized that it wasn’t just a “quick read” like I thought. Each chapter seemed to reveal something potentially life-threatening about the world of diving, and I began to second guess whether or not I was cut out for it. I’m a very simple-minded person who’s easily distracted, and I often have trouble multitasking. I don’t know how good I’ll be at reading a dive computer, watching my SPG so that my cylinder doesn’t run out of air, maintaining neutral buoyancy, remembering to equalize every few feet, remembering never to hold my breath even if the regulator falls out of my mouth, staying on course and close to my buddy, ascending slowly and making a safety stop, all the while taking in all of the sea life around me and not freaking out and jetting to the surface at the site of a shark.

After finishing the books and dvd, I completed my class which involved four quizzes and one final exam. Of course I was the last one to finish each of those, but I did great. Now it was time to actually practice everything I’d learned in five confined water dives at the YMCA pool.

For my first failure of the day, I wore a two-piece bathing suit. One of our first sans-wetsuit drills was to prove that we can swim 200 meters nonstop, and the whole time I was trying to hold up my bottoms. After a while I got sick of lagging so far behind and just let my blinding white ass hang out, floating above the water for everyone to laugh at as I flailed far behind my classmates.

Through assembling and taking apart our gear several times, I was still feeling pretty confident. Even though the whole setup was crazy heavy, diving was still proving to be relatively easy.

Then it was time to get in the water all geared up and spend the next five and a half hours there. Our instructor walked us through a series of tasks we’d each complete once we were under water, and just like that, we went down for our first set.

Breathing through the regulator was strange at first, but I was still at ease. As long as I could breathe, things were fine.

Then came time for me to remove my mask and continue breathing through the regulator for 30 seconds. Easy, I thought, since I was never the type to plug my nose while swimming. Wrong. I immediately got water up my nose and shot up to the surface. Failure number two. I’d noticed by then that my heart was racing, my eyes were wide, and I was speaking rapidly as I tried to explain myself.

I’d panicked. Just from a little water up my nose.

I had to mentally tell myself to calm the fuck down; I was at the YMCA with a trained professional guiding me for god’s sake. After a few seconds of chatting we realized I may have been tilted slightly backwards, making the bubbles go up my nose. So we went back under and I tried it again, this time tilted slightly forward and I was fine. It was weird, but I did it!

The most important rule in scuba is that you never hold your breath. Ever. So if your regulator comes out of your mouth, you have to keep blowing a constant stream of bubbles until you can get it back in your mouth. We had to practice what to do if you lose your regulator and it falls behind you—swing your arm down to touch your leg, back to touch the tank, circle it around towards you, and your regulator should be there. Of course for me, it wasn’t there because I didn’t reach back far enough. Failure number three. At this point I’d exhausted all of the air in my lungs and I had no clue where my source of oxygen was. I was now holding my breath because I had nothing left to push out and no way of inhaling. All in one go, failure number four and panic attack number two, ten feet below the surface. I began grabbing aimlessly for my regulator, and almost reached for my emergency second stage before the instructor handed me my regulator and I breathed in the most glorious breath of air ever. I felt like a huge idiot. Again. This was becoming a theme.

Then it came time to swim a little more than the length of the deep end, regulator in, while breathing out just one breath and making an “aahhhh” sound. On my first try I only made it about halfway before I had to breathe in. Failure number five. I had to go back and start over. This time I was nervous, cold, and I really had to pee. When he gave me the signal to swim, I whipped the regulator out of my mouth and began swimming. He immediately signaled for me to put my regulator back in, and I thought I did something wrong so I just kept swimming and breathing as usual. He pulled me above water and I realized in my flustered state I wasn’t supposed to remove the regulator. I told him I felt like saying “ahhh” released way too much air from my lungs way too quickly, so he suggested I try making more of a hissing noise. But first he made me take a break at the bottom of the pool while the other people did it flawlessly. I took that chance to calm down, focus on my breathing and my buoyancy, and before you know it, it was my turn again. This time, making the hiss noise, was SO much easier. I could’ve swam twice as far on that one full breathe. 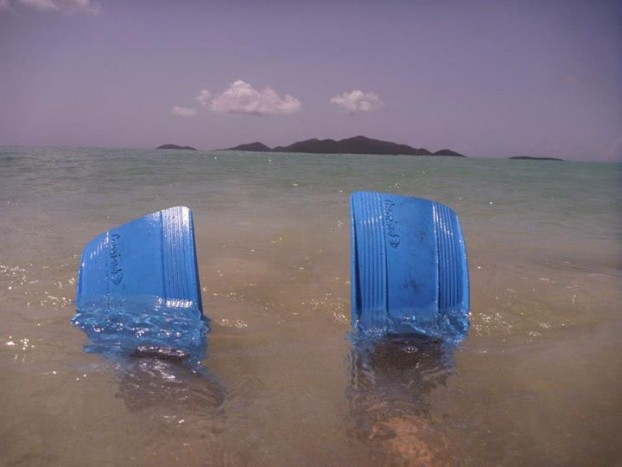 Snorkeling in the British Virgin Islands

All in all, I only inhaled a mouthful of water and choked on it once. But that was once more than anybody else in our class so of course I felt like an idiot. Sure a few things took me a couple of tries, but I got it. And before long I’d passed the confined water dive ahead of schedule.

It’s not that scuba diving is necessarily difficult, but you do actually have to think about every single move you make. Which, well, that’s not really my thing. I just kind of “do,” and somehow it all usually works out. But when I’m under water and I can’t breathe, my body just tends to react. I have to learn how to control that, otherwise I’ll definitely die in any emergency scenario.

I think as far as learning to become a better diver goes, it’s just a matter of trial and error to figure out what comes naturally for me so I can handle these situations in a way that comes naturally to me, rather than trying to remember the textbook way. Hopefully in this case practice makes perfect!

It’s hard to believe this was only the confined dive, in a wave-less pool of 10ft of water. I don’t really know what to expect in next week’s open water dives, but I’ll admit I’m actually a little nervous. I’m also excited to see the underwater world, so I guess this is a good example of stepping out of my comfort zone and (hopefully) accomplishing something I was unsure I could do.

Fingers crossed I don’t end up with the bends, spending Christmas in a decompression chamber!

12 Lessons on How to Survive in the Wild

Last weekend I went upstate to Saugerties, NY for a wilderness survival workshop with about 25 complete strangers. Sounds like...
Continue Reading

The Galápagos. A cluster of volcanic islands, teeming with rare, exotic wildlife, rising out of the Pacific Ocean some six-hundred...
Continue Reading