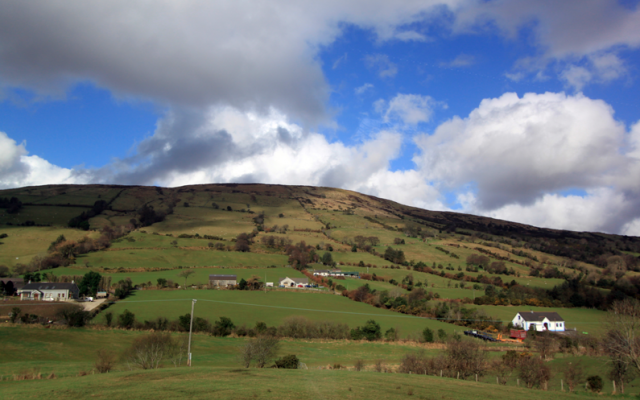 Have you ever visited a place without any prior knowledge or expectations of what it’d be like, only to find yourself planning a disappearing act once you arrive, into this fictional world of happily-ever-after that’s the complete opposite of the life you actually live? That’s what happened to me in Northern Ireland.

After falling in love with Dublin I was curious to see the North since it’s actually part of the UK. We drove through the rain, passing small town after small town before hitting Belfast. The downtown area was bustling, complete with a multi-level shopping center and giant outdoor TVs for passersby to watch soccer on the go. But after driving through some of the mural-covered back roads (which could easily be mistaken for a forgotten, semi-active war zone…or maybe even downtown Detroit) I didn’t have very high hopes for the rest of the day. But holy hell was I wrong. 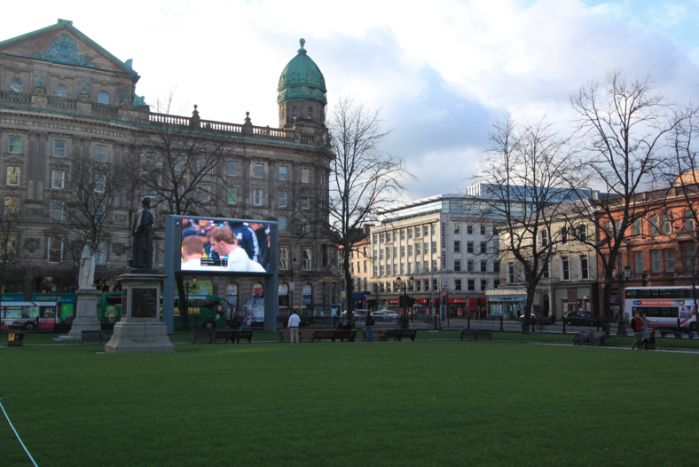 This was the first time I can remember ever being out in the country and not only enjoying it, but never wanting to leave.

Maybe it’s my love for the friendly/crazy/drunk Irish people and their charming accents, or their flawless alcoholic contributions to the world. Or maybe it was because I was touring the countryside with one of the most fascinating, hilarious people I’d met while living in Europe. Or maybe it was simply because Northern Ireland was truly whimsical and beautiful. Whatever the reasons, this day trip made me feel right at home, longing for a time before cell phones and Facebook. 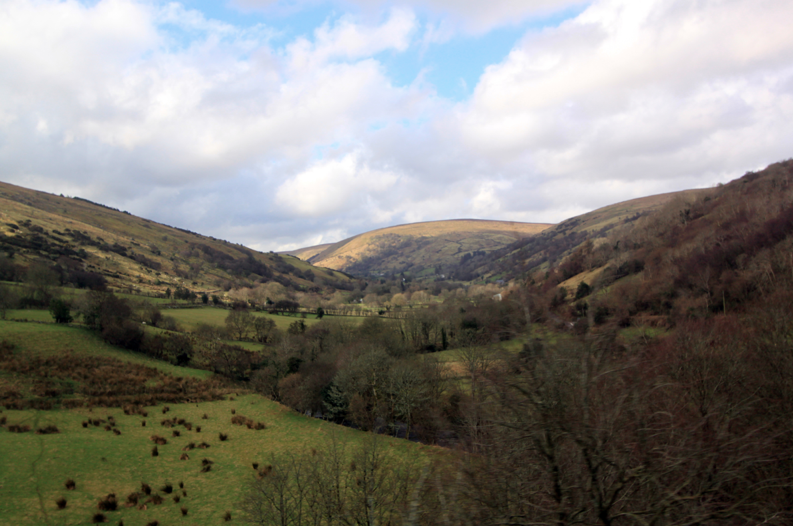 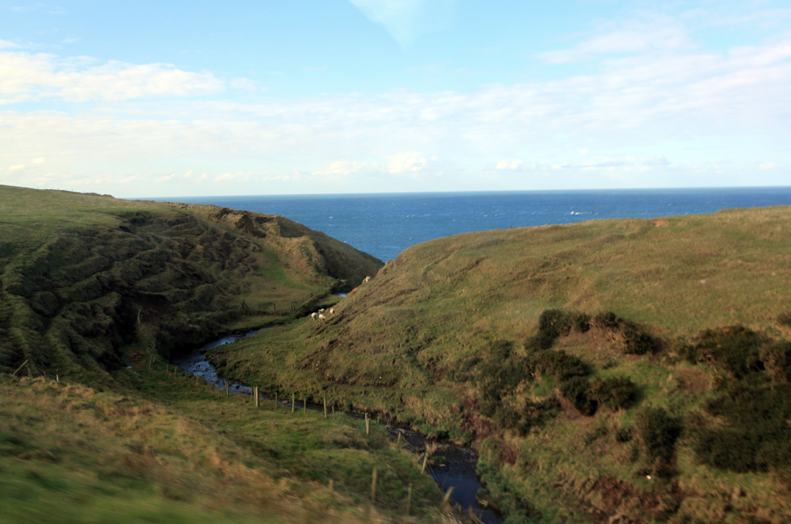 I kept imagining myself sneaking away at our next pit stop, roaming through the hills with a few meandering sheep before coming across a cute little farmhouse. A burly Irish man with a perfect manly beard and dirty working-man hands would answer the door of course, and invite me in for a pint of Guinness and a glass of Jameson with his seductive accent. Then he’d take me out back to show me the farm and all of the fresh cheese he makes, you know, as a hobby. And just like that, I’d forget all of my concerns for the world I used to know, and I’d live happily ever after on that farm.

Sadly that didn’t happen. But I did have one of the best guided tours of my life on the Extreme Ireland Day Tours of Giant’s Causeway. 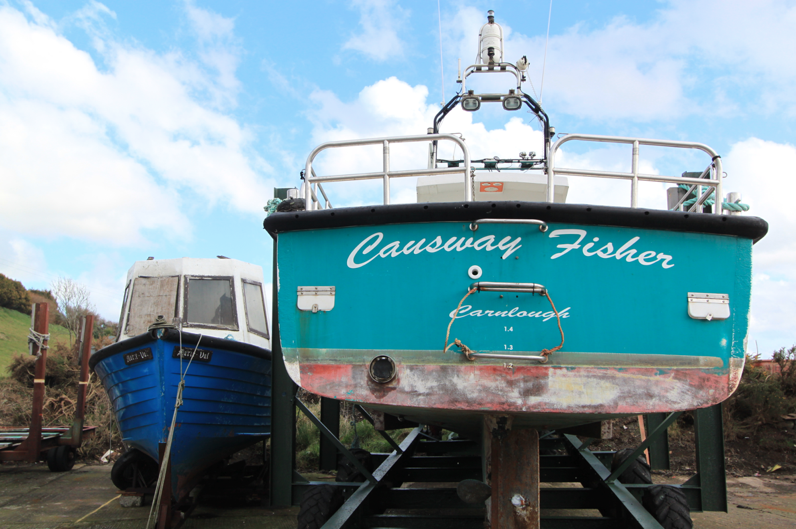 Our guide was hilarious, and he knew so much about The Troubles in Northern Ireland. He gave us a brief history in Belfast that could’ve easily spanned an entire middle school semester in History class, including the fact that the Europa Hotel was considered the most-bombed hotel in all of Europe—and the world. For once I actually enjoyed sitting on a bus, looking out the window and listening to his commentary. 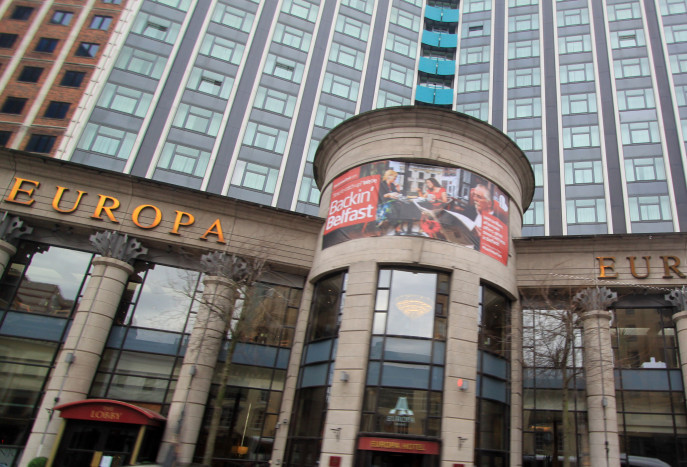 On our way to the Carrick-a-Rede Rope Bridge near Ballintoy, our guide got on the speaker and said that he had some bad news. I could tell by the way the bus occasionally jerked over into the other lane that it was something weather and wind related. Then I heard the only words that could’ve ruined that perfect day: the bridge was closed due to gale force winds making it unsafe to cross.

Upon hearing this news I went through a whole myriad of emotions, followed by cursing at the voices in my head, anger-eating chocolate, and praying to the Irish Gods. It all must’ve worked because next thing you know, the winds let up enough for us to safely cross just a couple of hours later. I got some awesome video of the walk across the 66-foot bridge, so more on that later. 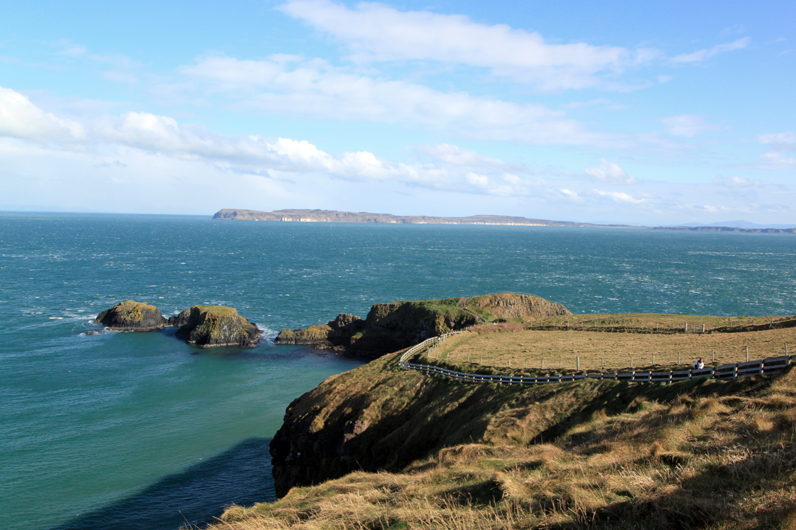 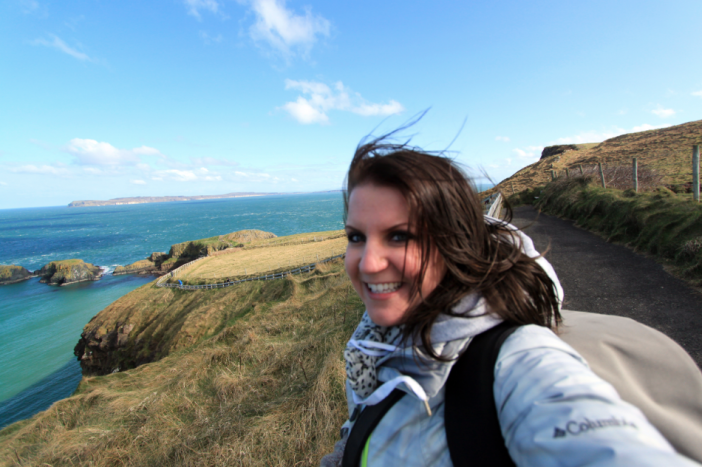 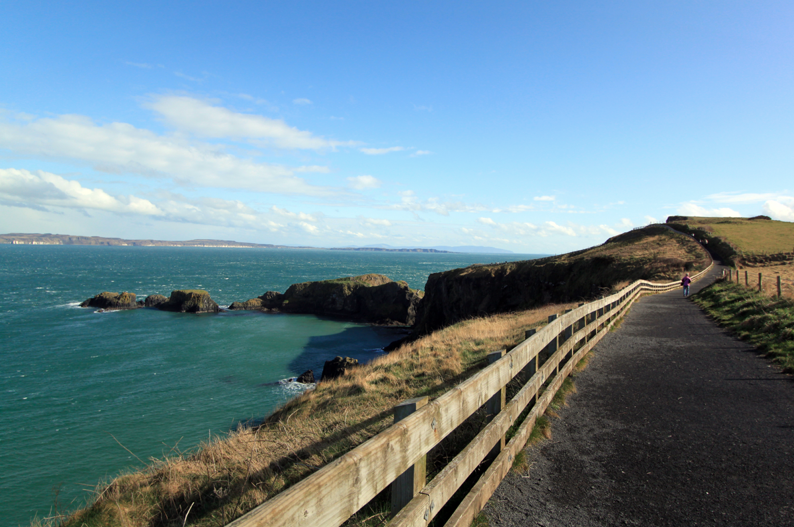 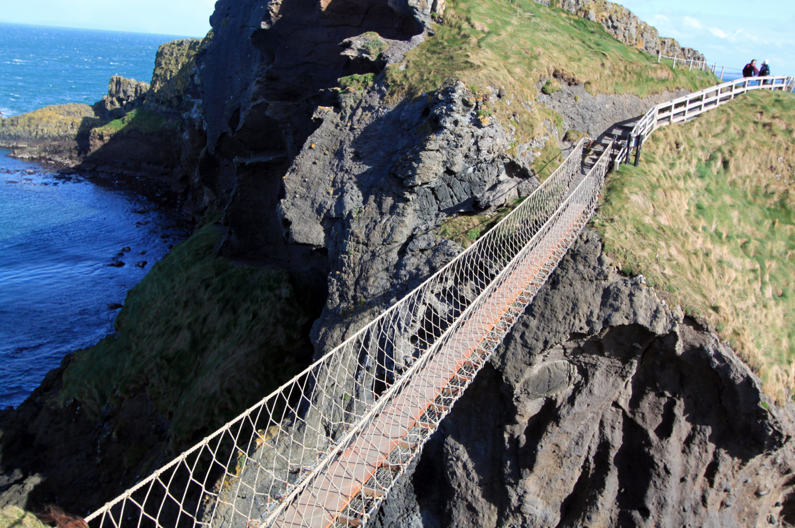 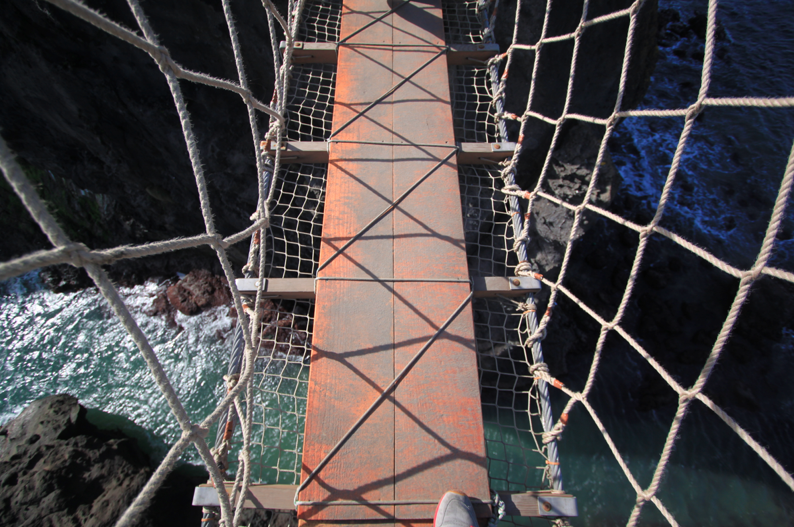 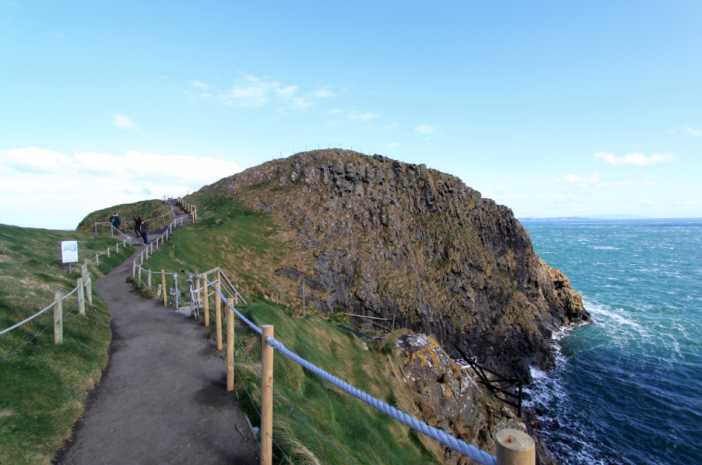 The entire area surrounding the Carrick-a-Rede Bridge was nothing but natural beauty. I could see Scotland, and though I knew there were farmhouses just beyond the hills, there were no visible signs of civilization as far as the eye could see. And for a city-dweller, that was awesome. 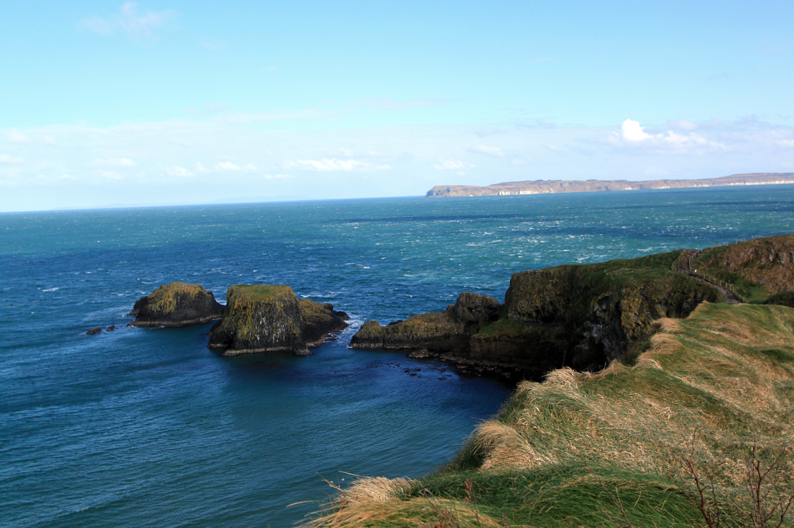 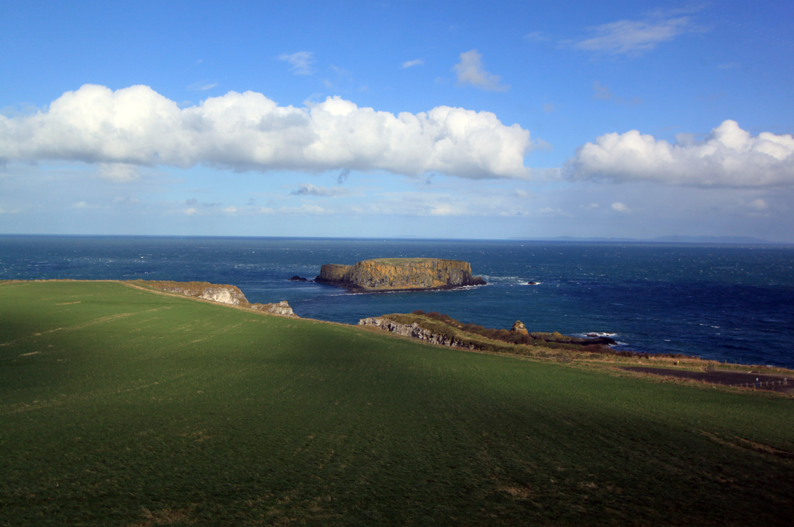 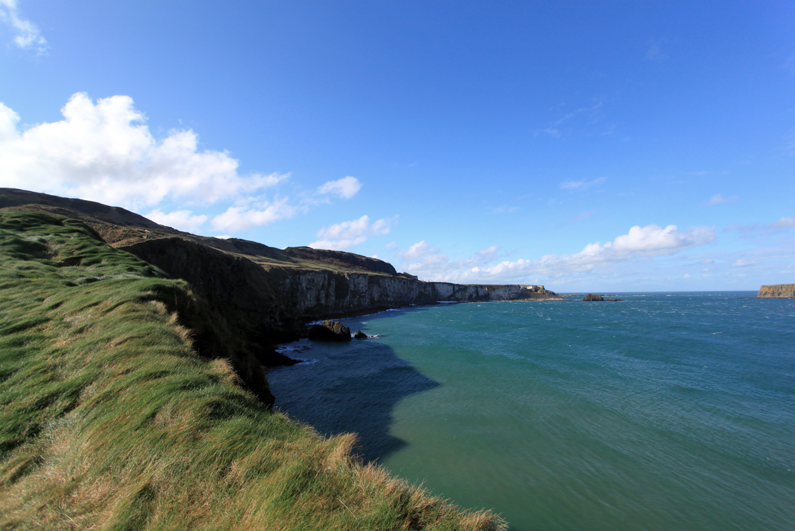 After my glorious walk across the bridge, we continued on to Giant’s Causeway, a more touristy spot just up the road. Giant’s Causeway is a group of about 40,000 polygonal basalt columns caused by a volcanic eruption. Or as legend explains it, a causeway built by the Irish giant Fionn mac Cumhaill to get over to Scotland to fight the Scottish giant Benandonner.

Clearly the Irish have been hitting the bottle for as long as they’ve been telling stories. 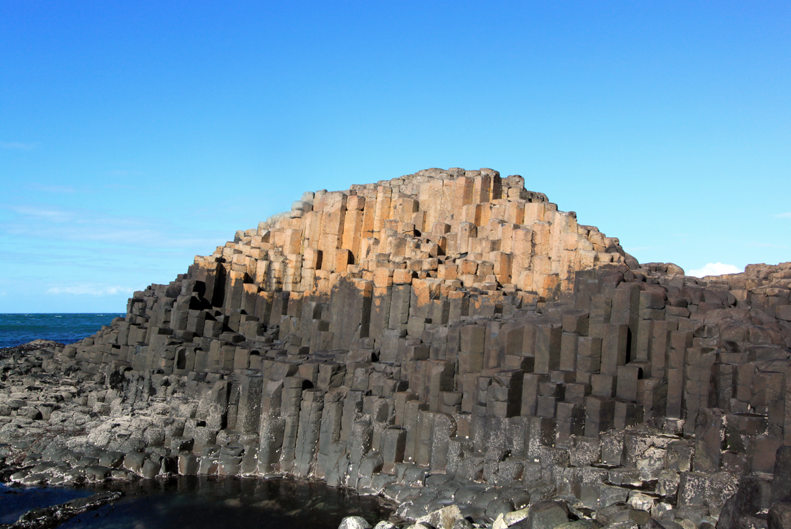 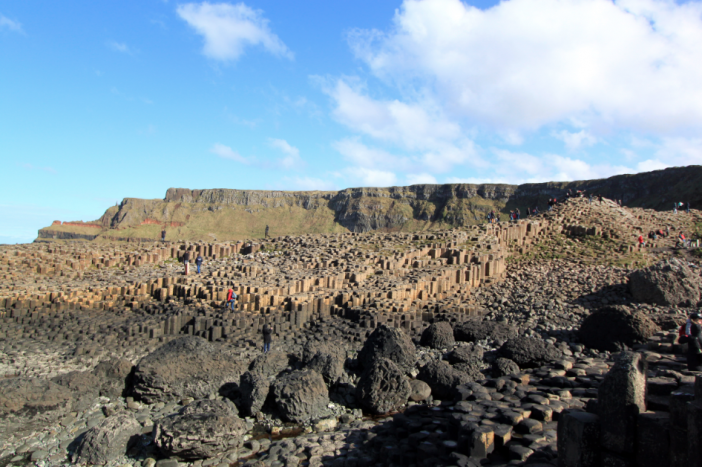 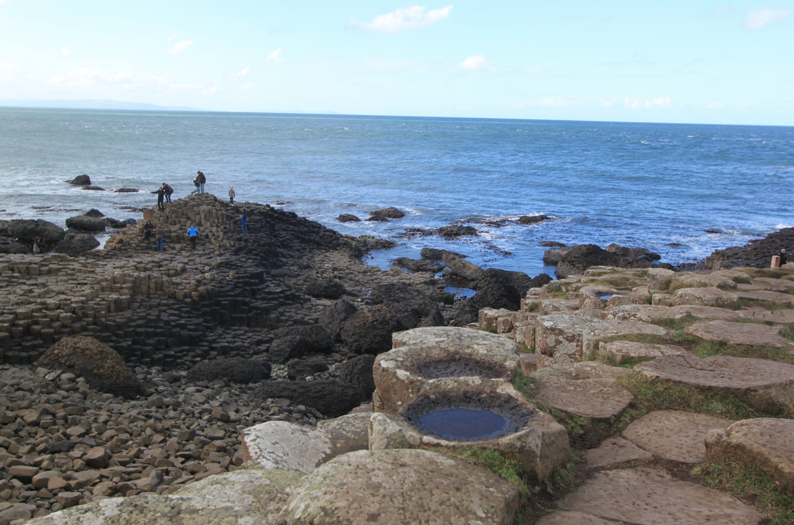 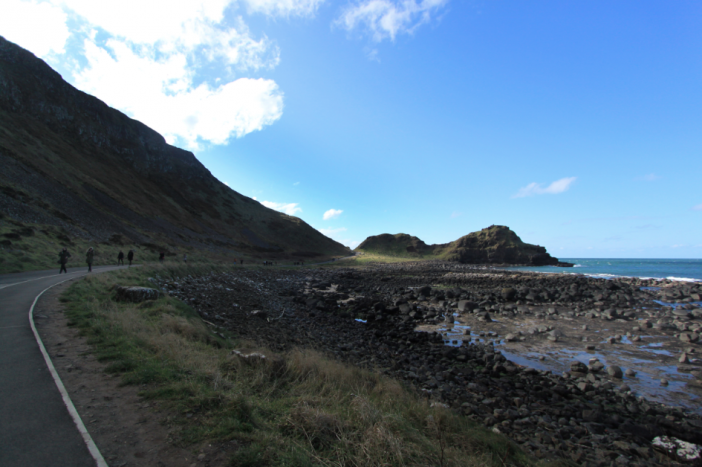 After leaving Giant’s Causeway we drove out to see what’s left of the 13th Century Dunluce Castle. 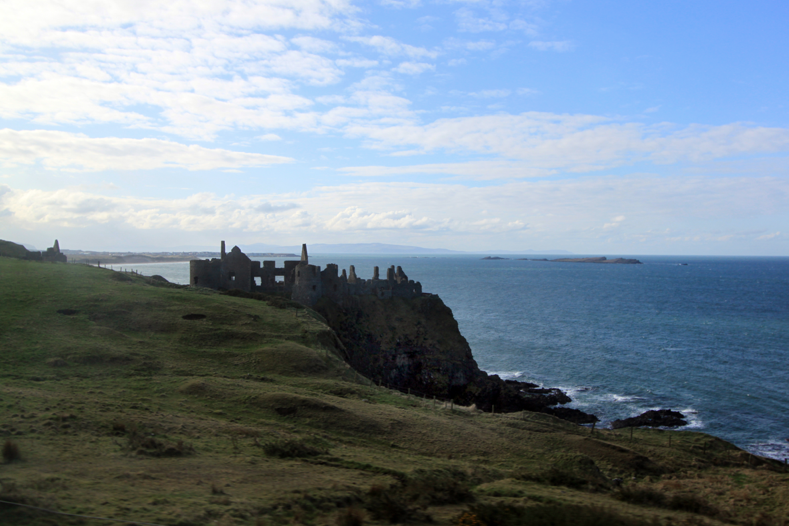 You wouldn’t even guess from these photos that it was absolutely freezing on that cold March day. The wind was relentless, blasting us like one of those reporters you see standing in the middle of a hurricane while you secretly hope he gets pegged by a cow or a stop sign for his stupidity.

But damn was the scenery beautiful, and totally worth it. 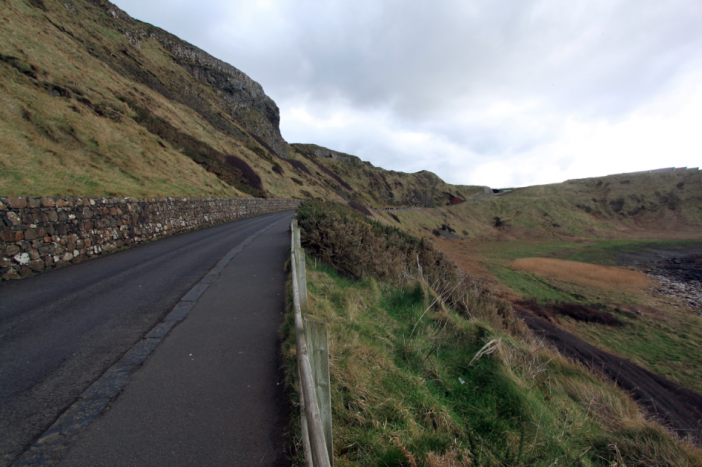 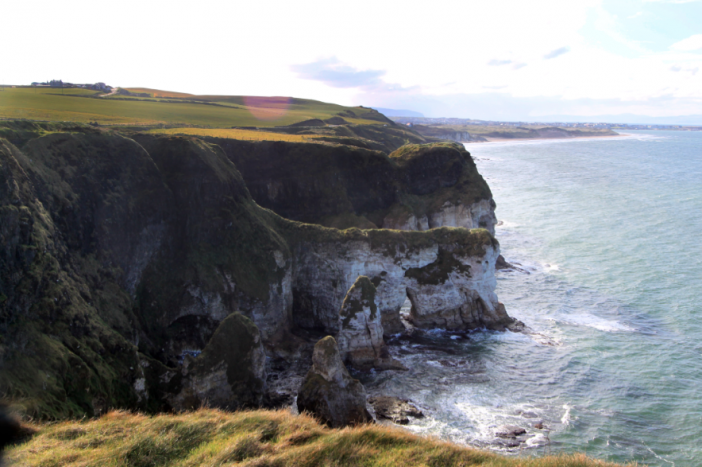 Hell yes. Even if you’re not up for renting a car and making the trek on your own, the day tour I did from Dublin was about 65 Euros, and it helped launch Ireland to the top of my Favorite Places in Europe list. Traveling the coast is nearly orgasmic. Plus the company offers tons of other day trips and adventure courses, so if the rest of their staff is anything like our guide you’ll definitely enjoy yourself.

I want to go back and do an extended hike and a trip to the Cliffs of Moher, so if you need a travel buddy, let’s go!