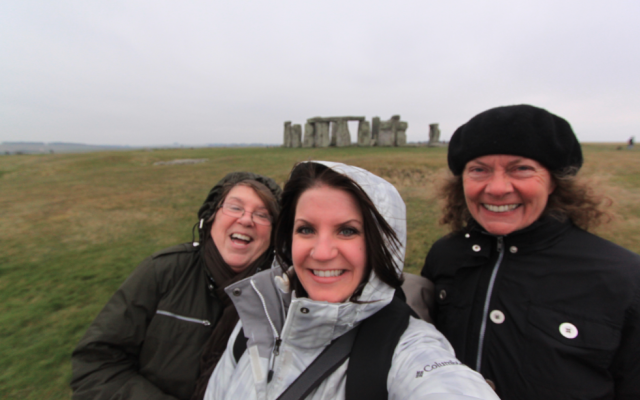 When my mom and aunt flew over to London we took a day trip out to Newbury to see where my aunt had lived when she met and married my uncle. Of course, once I looked at a map and realized that Newbury was only about a 45 minute drive from Stonehenge, I immediately volunteered my aunt as our personal chauffeur/tour guide.

We spent the morning touring the English countryside from the warmth of a car, and had the most incredibly delicious Sunday roast at The Star Inn. 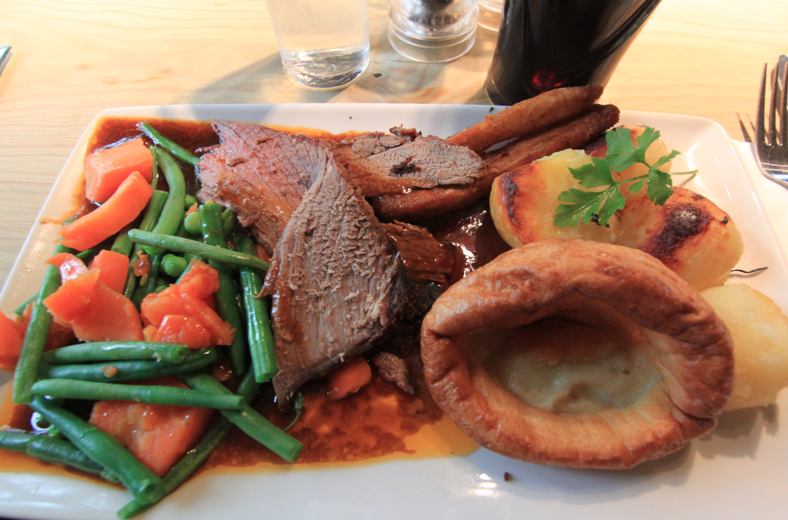 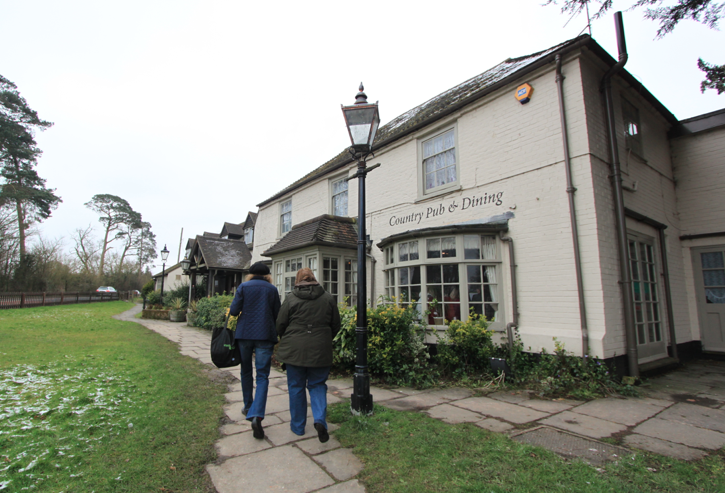 The Star Inn in Kingsclere

There wasn’t much to see during the drive. The skies were grey and the windshield wipers moved across the glass the entire time. But there in the middle of the rolling fields of meandering sheep and more than 200 mysterious burial mounds, the stones arose from Salisbury Plain. They looked smaller than I’d expected, arranged in a circle that seemed tiny compared to the massive space of openness surrounding them. But the sheer fact that their construction began in 3100 BC, 300 years before the Egyptian pyramids were built was astounding. 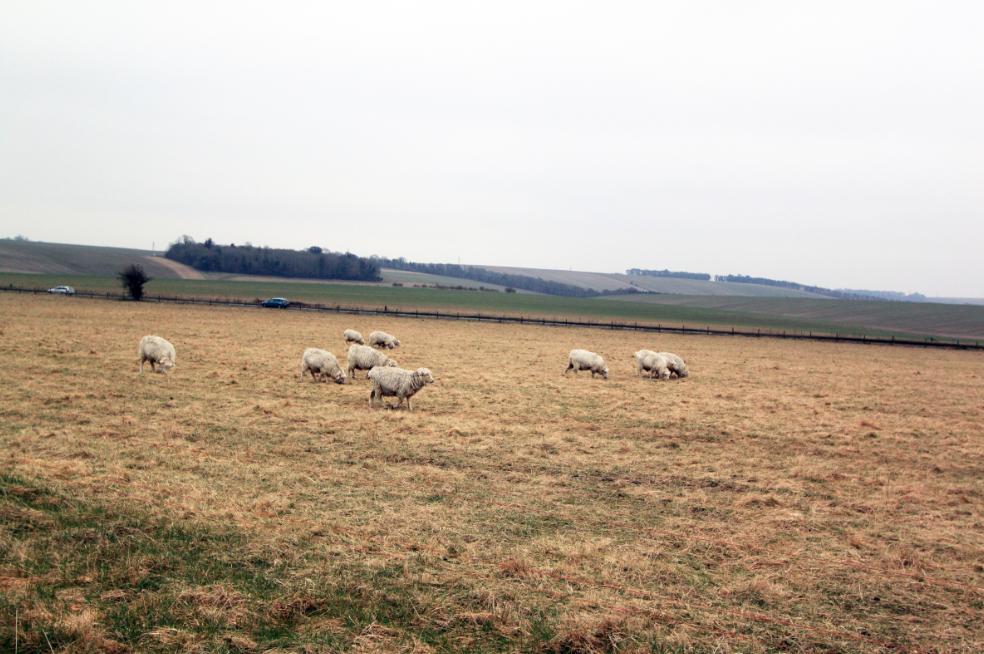 Stones on one side, sheep on the other

We parked the car and hesitantly made our way to pay £8 at the entrance. It was cold, windy, and we were going in at the same time as about 200 French students. Not exactly the best circumstances for a leisurely sightseeing stroll. 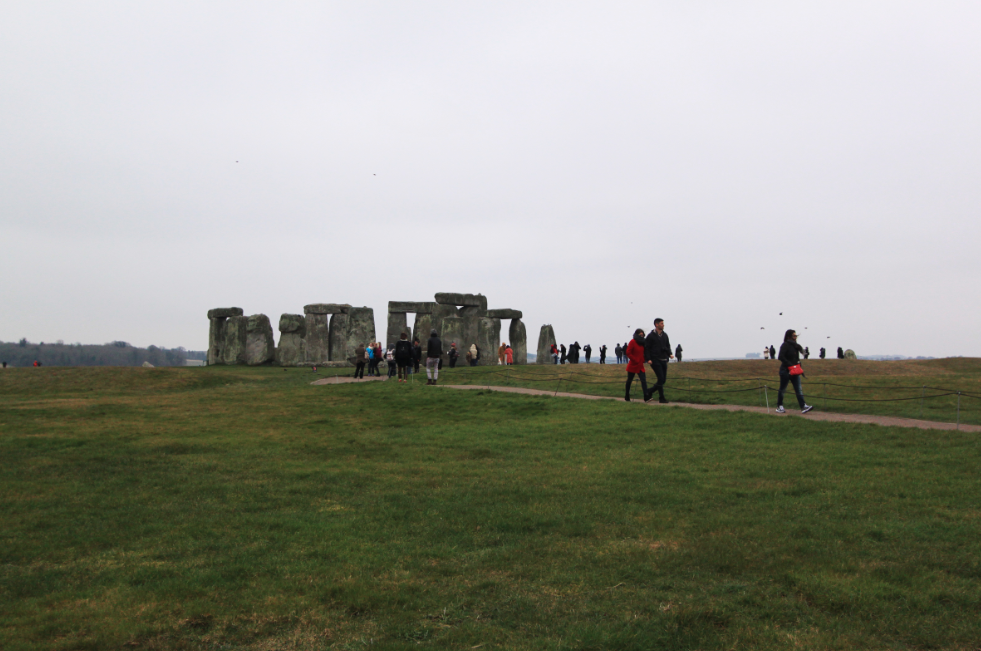 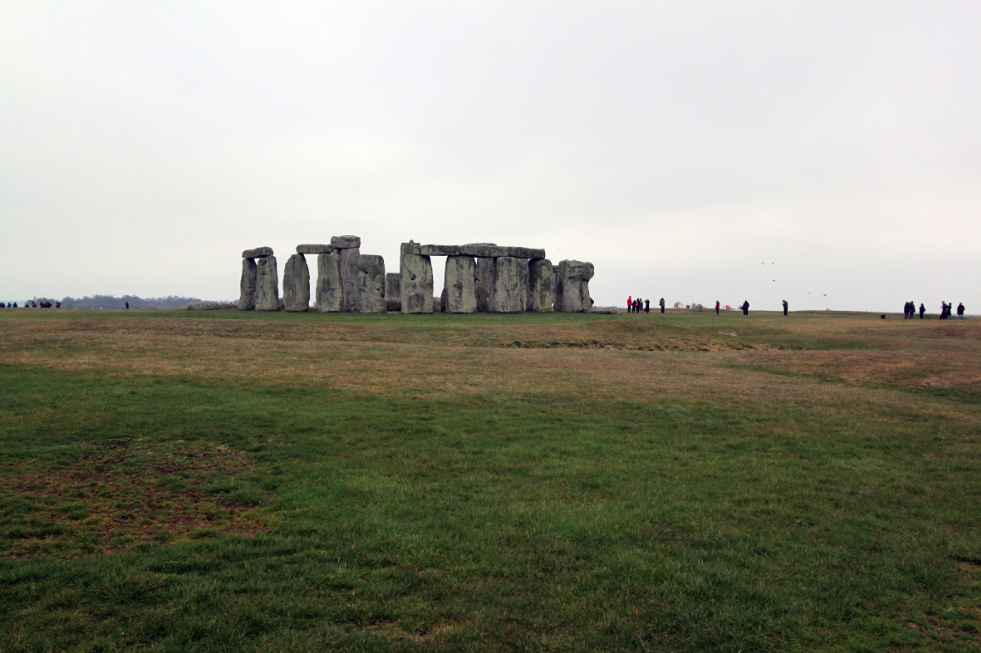 Since the actual stones were roped off in the 1970′s to prevent damage and erosion, tons of people (including myself) have complained about the inability to go into the circle of rocks and see it up close. If you just show up like we did, the closest you’re able to get is right at the entrance where you’re still at least 30 feet away, if not more. Then you can walk in a circle well beyond the ditch that surrounds it, while the exaggerated loop around the far side takes you even further from the stones. If you plan on taking pictures, you’d better pack a decent zoom lens. 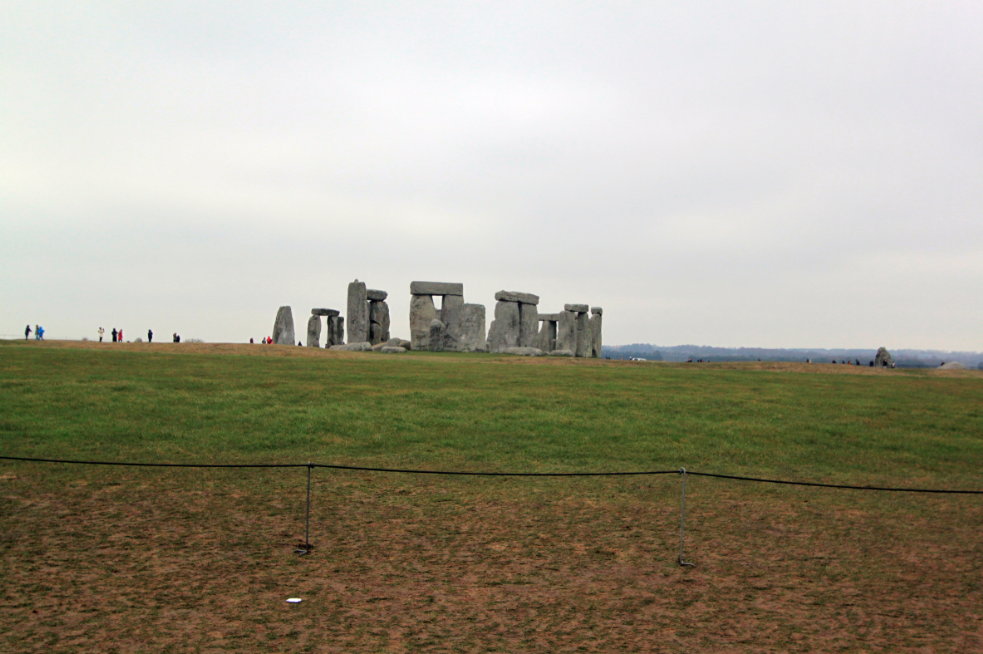 This shot gives you a pretty realistic idea of how far back the rope keeps you from the stones. 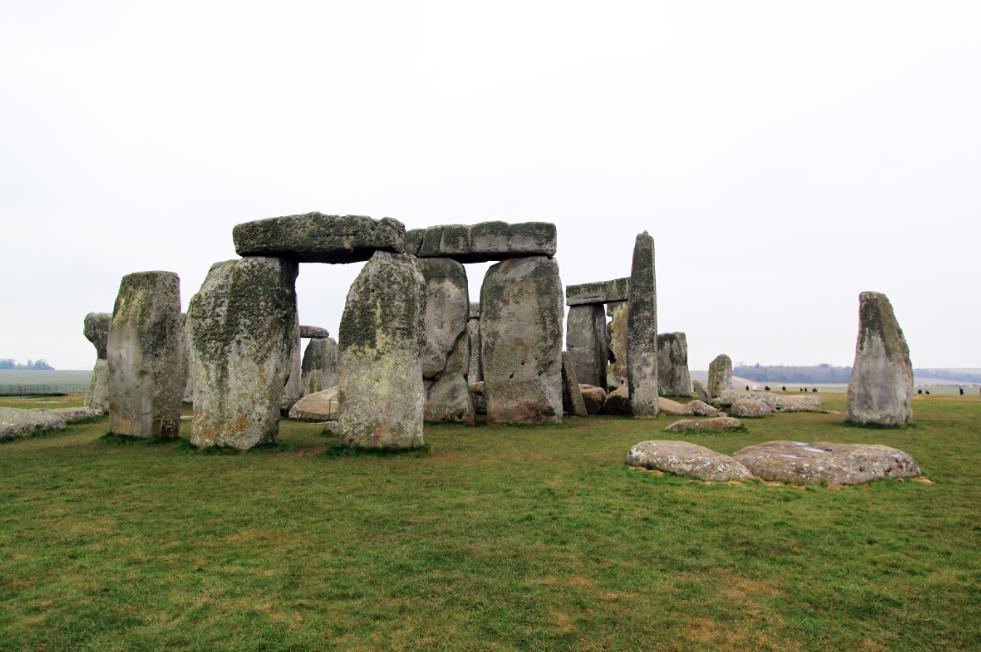 This was the closest we were able to get, right at the entrance. 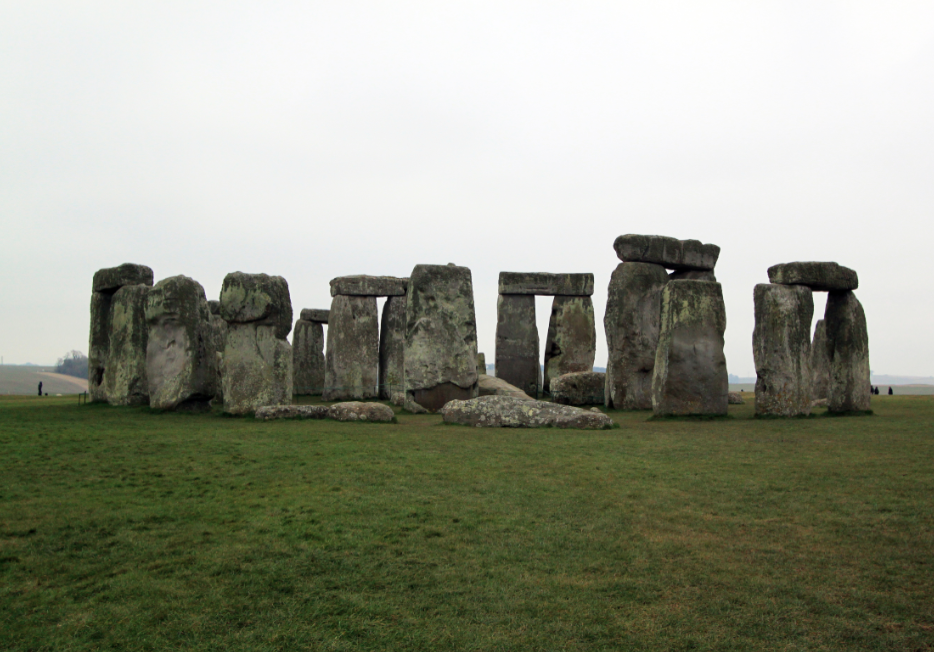 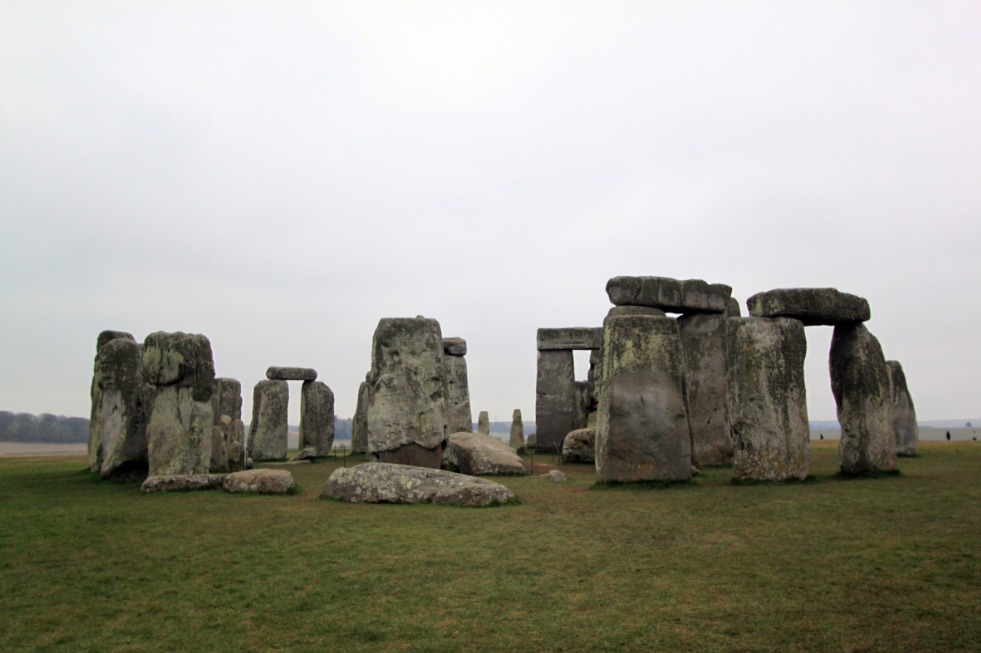 Between the frigid, nonstop wind and the fact that we were constantly moving so that we didn’t find ourselves hopelessly absorbed into the mass of students, it was nearly impossible to truly appreciate everything around us. Of course visiting Stonehenge left me bewildered with the usual questions like “how did they transport such large stones from as far as 240 miles away?” “How were they lifted upright using such primitive tools?” “Why was it built?” “If I jump over the rope and run towards the stones at full speed, how many good pictures can I realistically snap before security escorts me out?” “Can I lick the stones? Just one?”

But I also found myself curious about the restoration efforts, and how they’ve altered the way the giant stones were first discovered and originally intended. They’ve been lifted, straightened, and put into cement since then, which always leaves me curious on where they draw the line between preserving and reconstructing.

An illustration of what they believe Stonehenge looked like back in the day.

Just over a mile from the stones, English Heritage is working on building a £27 million centre that will not only teach visitors more about Stonehenge, but allow them to digitally go inside the site as well. They say it’s meant to “give people a sense of what it is like to stand in the middle of Stonehenge because most people just won’t be able to do that.” Seems weird to me. Travel all that way to Stonehenge just to explore it in a virtual reality type experience? I think you’re better off planning in advance to go into the circle. 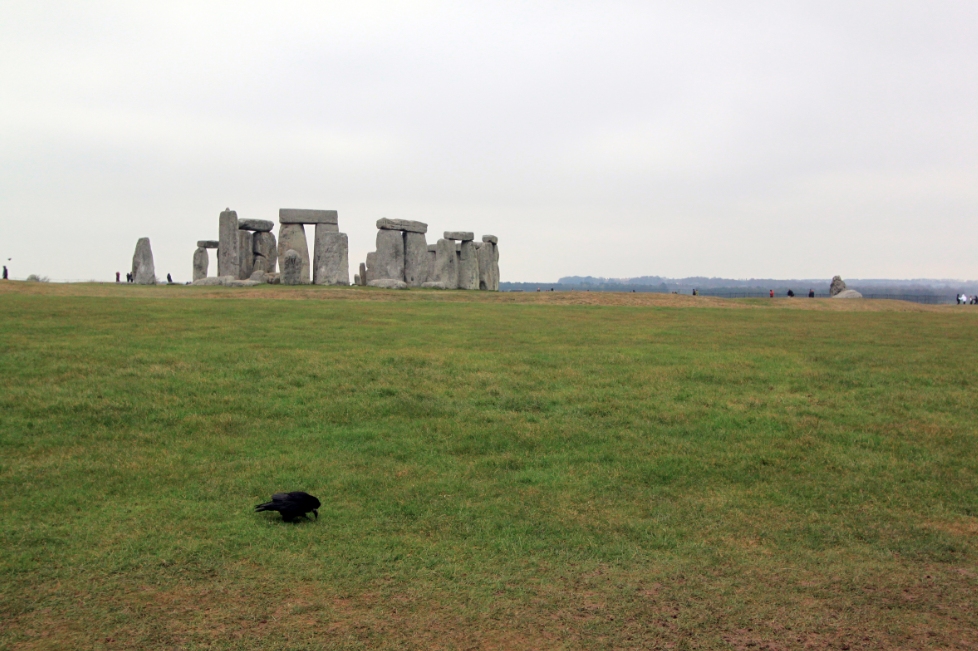 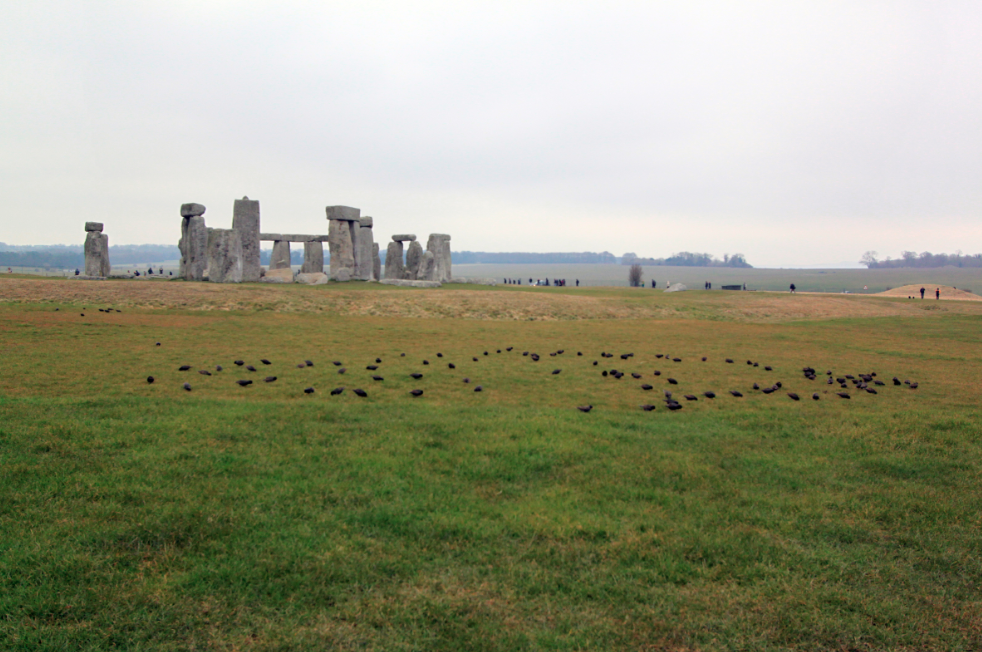 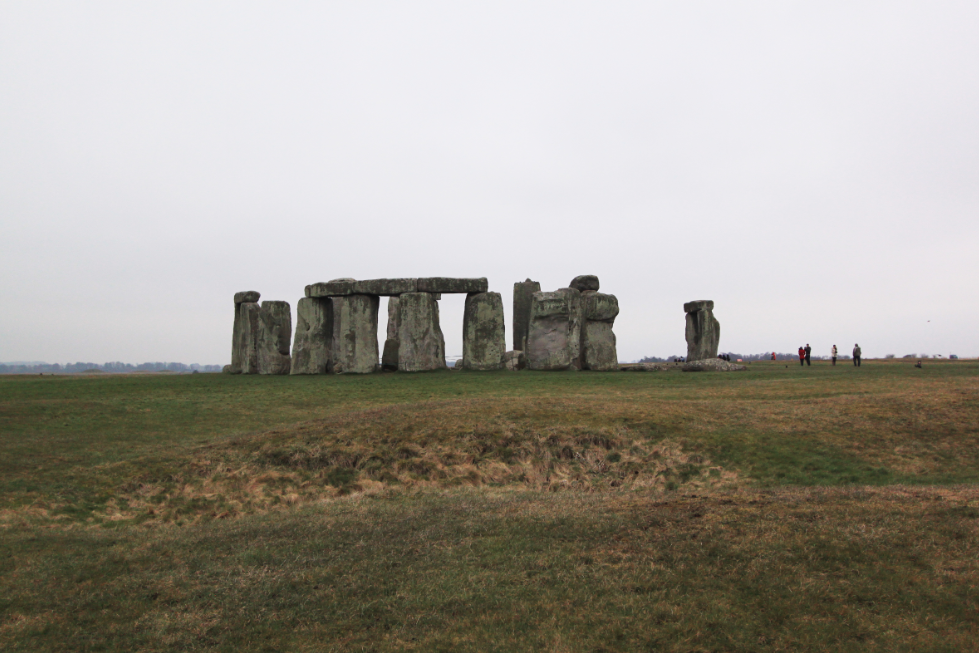 Obviously if you’re a thrill-seeker Stonehenge isn’t the most enthralling experience unless you plan to jump on a random sheep and ride it through the stones like an obstacle course.

Sure it’s a bit underwhelming, but it’s still Stonehenge. And for that reason alone it’s worth it. I’d imagine with a little planning you could spend an awesome sunrise or sunset inside the stones and it’d be an unforgettable experience. Add a few pit stops along the way to check out some nearby towns or even Avebury and it’d really make for an awesome day. But if you can help it, don’t go during the “coldest winter in 50 years” like we did. 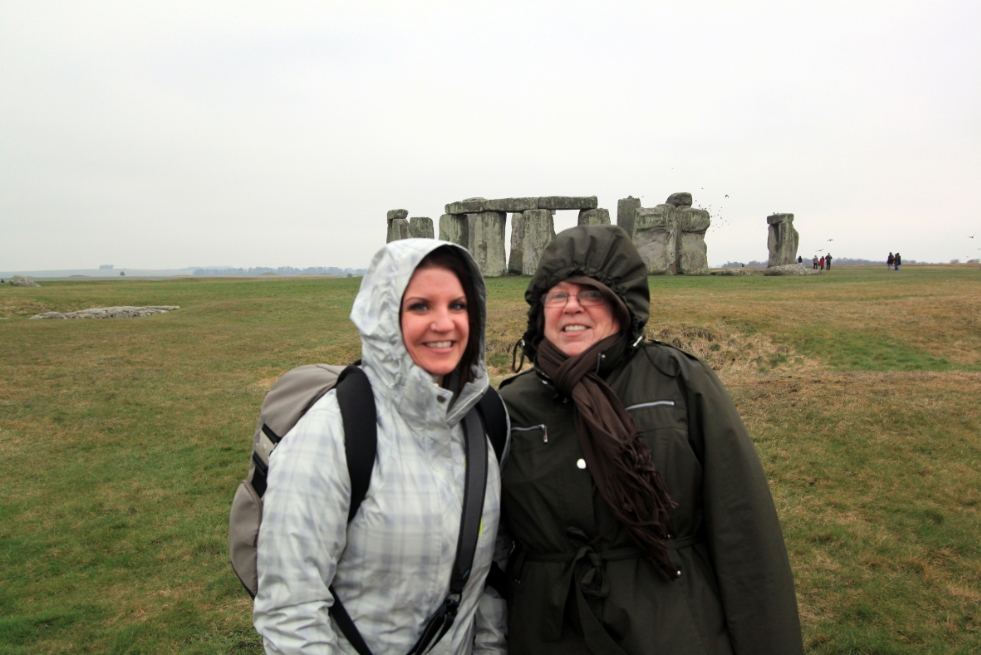 Mamabear and I bundled up

Snowmobiling During a Blizzard on Langjökull Glacier

Despite my gigantor size list of things to see in Iceland, I figured I'd wait to see what my friends...
Continue Reading