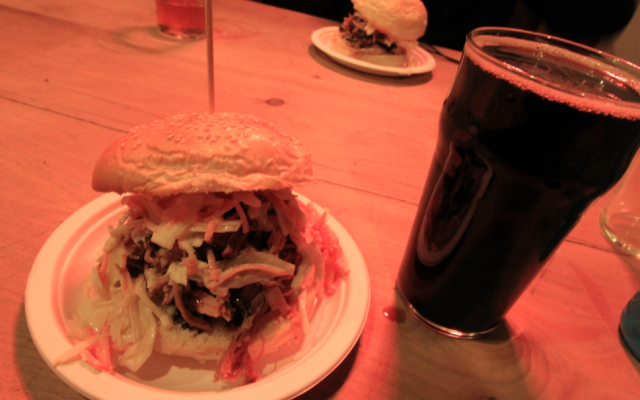 Fresh off the heels of a 48 hour gluttonfest in Bristol, I’m absolutely knackered (yes I’m incorporating British words into my vocabulary now). I don’t know if I did more eating or drinking, but I do recall a “UK vs US” contest in which we each drank for our country until the last man blacked out. Problem is when everyone is blacking out it’s hard to declare a “winner” for several reasons. I was told that I smuggled my last glass of whiskey from the bar, took a few sips while walking down the street, gave it a look of disgust and exclaimed “I’m done with this” as I threw it to shatter on the pavement. Real classy.

Backpedaling to Friday, after just a two hour bus ride from London we got into Bristol and immediately went out to a Mediterranean spot called Biblos which some of the guys swore was an absolute must-have. I ordered a falafel wrap with halloumi cheese, some spattering of sauces, and all of the toppings. 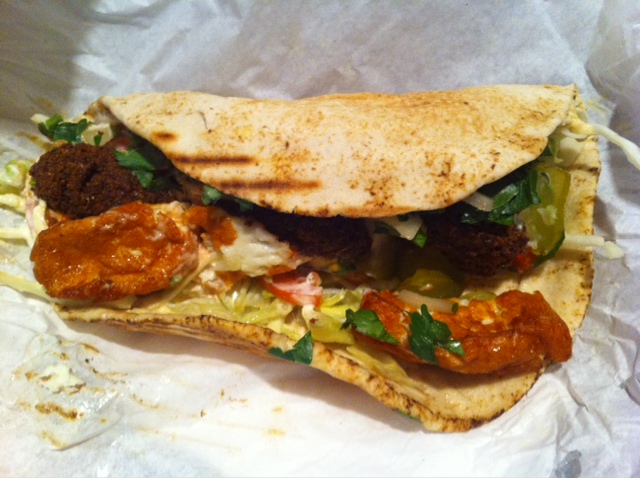 This place had a super hipster vibe with benches and tables inviting you to cozy up next to those around you. So the three of us squeezed onto a bench opposite of a particularly filthy hipster that could have easily been mistaken for a homeless man. He was eating with a group of people who looked like they’d dressed themselves in the dark, complete with marker-drawn mustaches on the ladies. As I fumbled to keep my elbows in at my sides and out of my friends’ faces, I awkwardly shoved my face with each bite of dripping falafel like a dainty T-Rex. While it looked insanely appetizing, it was lacking a bit of flavor—which I’m noticing to hold true throughout most of England. I’m sure it has something to do with the amount of salt I’m used to in my fat American diet, but still. Not a terrible bite to eat, but I certainly wouldn’t go out of my way again.

The next day while watching rugby at The Three Tuns my friends kept talking about some epic BBQ food. I took their hype with a grain of salt considering their less than superior recommendation from the night before, so I nearly passed it up to go hunt down a burrito. Thankfully my laziness persuaded me to order a pulled pork and coleslaw sandwich. 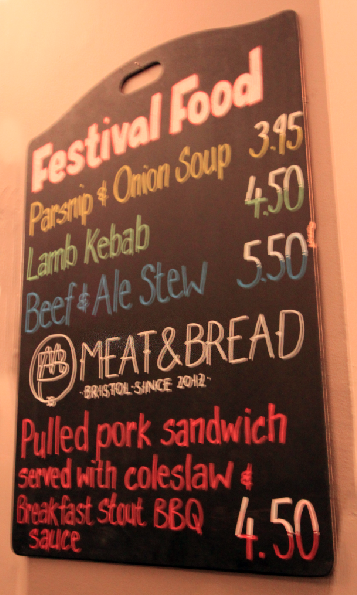 To say this was one of the best things I’ve ever put in my mouth would be an understatement. The sauce, the tender shreds of pork, the sauce, the perfectly toasted bun, the sauce, the fresh cole slaw, and the SAUCE. Generally I’m not even a fan of BBQ sauce but I’m assuming that’s because I’ve never had it done properly. This was homemade with a breakfast stout, and yes I would gladly pour this on my cereal every morning. I don’t know if it’s because I’ve been craving flavor ever since I left the states or because it really was meat perfection, this was by far the first delicious bite of food that I’ve had in the UK. Paired with a dark stout, it was just fan-fucking-tastic. 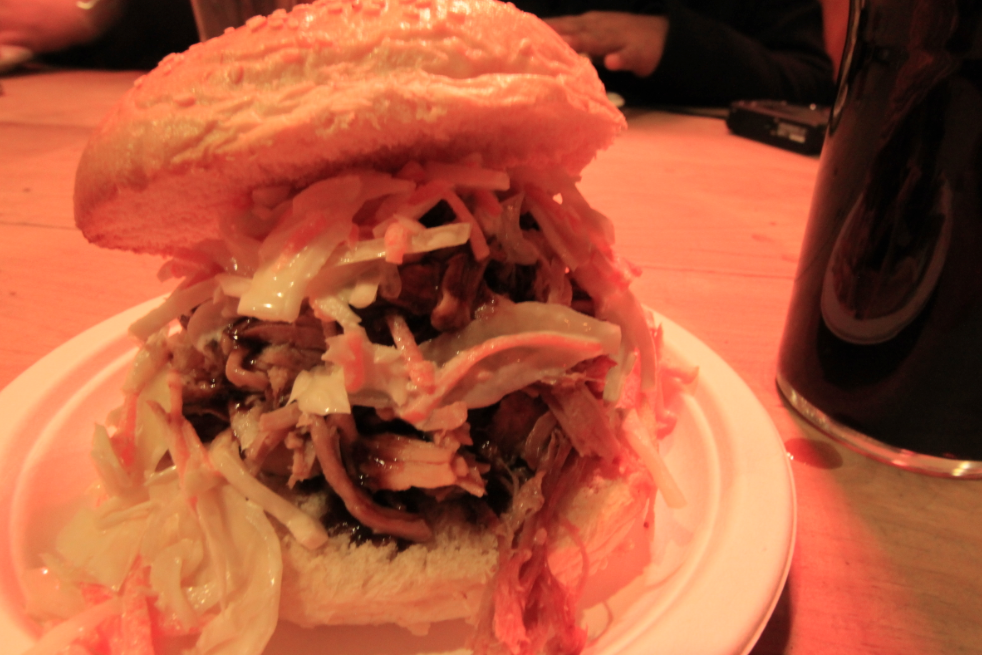 The brilliant meat master who has everyone drooling over his meat is Ben Warran, owner of Meat & Bread. I’m told they smoke and cure their meats and make their own sauces and pickles to serve the lucky Bristolians who come across the food cart at lunchtime (or obsessively stalk their Twitter feed to find out where they’ll be next). But as of this Thursday, February 28th, they’ll be taking up a more permanent residence at The Three Tuns on St George’s Road, serving lunch and dinner Tues-Sat each week. Guess who’s planning another trip to Bristol in a few of weeks?

I’m telling you, if you like meat you need to get some Meat & Bread. And if you don’t like meat, well then we have much bigger problems to deal with and you should probably start solving those with a fat, juicy, meaty sandwich from Meat & Bread.

I’m Back From Europe: A Brief Recap

It's been a week since I've landed back on US soil. And it's taken me this long to sit down...
Continue Reading