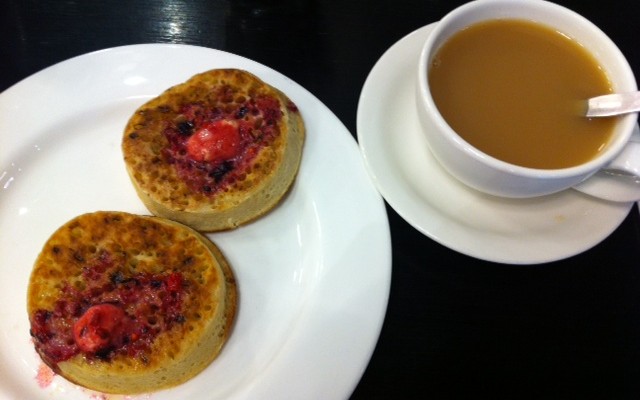 I’m officially one week into my three months here in London and already I feel like I’ve been here for years. It probably has a lot to do with the fact that I’m working at the same company, with the same partner I’ve worked with for almost two years. Or maybe it’s because of how similar London and New York really are (especially since I work in a British office and live with a Brit back home). Or possibly because I’ve already been out with friends both new and old four nights. Or maybe even because the girl whose apartment I’m staying in left me a handmade guidebook to her place and neighborhood, and labeled everything with post-its. 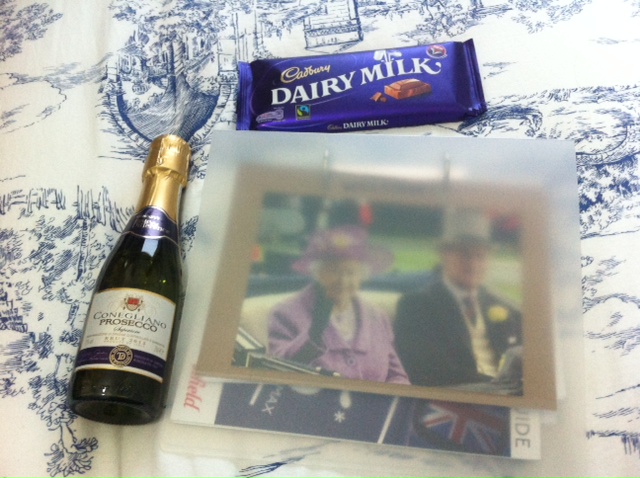 Yes I ate that entire Cadbury bar for dinner my first day in London. Thanks Elena! 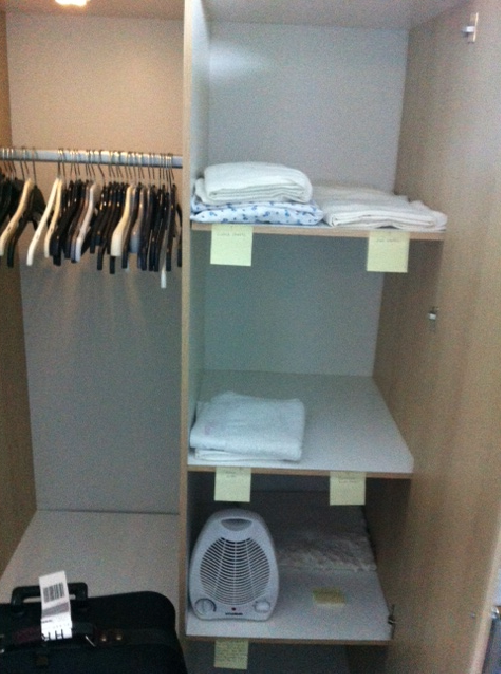 Post-it guide to the wardrobe

Whatever the reason, I’m glad I’ve settled in so easily and there’s no shortage of things to keep me busy. Especially the TV in my bedroom that keeps me cozy indoors on these rainy days we’ve been having.

But there are a few things I’m still trying to get used to.

1. Why does flushing a toilet require so much work for some of us Americans? Most of the pubs I’ve been to have a simple button, thank God, but in the flat and at work I just couldn’t get the hang of these flush handles my first two days here. I literally had to Google “how to flush a British toilet.” So for anyone else who’s been dumbfounded by these insufficient flushers, here’s some help:

— Make sure you apply just the right amount of assertive pressure on the handle in one swift, decisive movement that’s not too fast and not too slow. So let’s say like, a half second.

— If at first you don’t succeed, try, try again, but not too quickly or immediately. Doing that over and over again won’t help speed up the unimpressive water pressure, but will in fact [probably] break the toilet.

— Once you succeed at seeing more than a teaspoon of water flow into the bowl just remember that you’re not done yet! Hold the handle down for a few seconds until you’re confident you’ve done the toilet’s work for it.

It really is weird. Once you get the hang of it it’s like “why was I struggling with this in the first place, it’s really not that different from what I’m used to in the US?” But hey, shit happens.

2. Staying in the bathroom world, I’m gonna go all female now so you men reading this may want to skip down to number three. TAMPON DISPOSAL. I’ve been told over and over not to flush tampons in England, which to me is just flat out disgusting. Once used, those things should have minimal exposure to anything. Not sit wrapped in layers of super-absorbent toilet paper in the trash can for days. They should flush down the toilet effortlessly and magically disappear into the most disgusting realm of the underworld, never to be seen again. But after seeing the struggle these toilets have just getting rid of a few sheets of toilet paper after a simple pee, I decided I better not be the one who clogs up the toilet with a clunge sponge. Apparently the old pipes of London can’t handle modern day proper hygiene, so it’s forcing us ladies to be all gross and stuff. Barf.

3. Actually, I guess all of my unpleasantries are bathroom related here, so please forgive me for the lack of photos. It’s only been a week and I’ve already realized that it definitely sucks being a raging drunk with a baby bladder. I mean really, the tube stops running around MIDNIGHT? I understand that the buses run 24 hours, but if I’m already cutting it close sprinting from the tube station to the flat with my legs crossed while holding my crotch, you can bet your ass I’m going to piss myself on a bus that takes twice as long to get home. I guess on the plus side this 1130 cutoff time has kept my drunken mistakes in check.

But in all reality London is great and it should be a very comfortable three months living here. I’ll just need to find some more localized watering holes to spend my weekends before I end up napping under a bridge along the Thames. And maybe take an extra pair of underwear just in case.