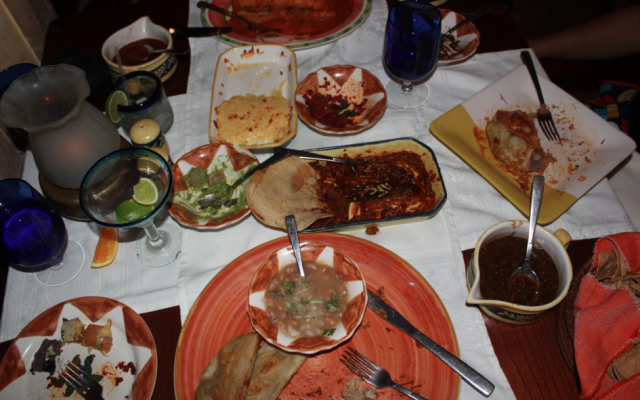 I almost feel like a jerk for posting this because it’s going to be the most visually unappealing post I’ve ever shared. Not because the pics are particularly gross, but because 1- the blurry photos just don’t do the flavors justice, and 2- this weird thing happens when there’s food in front of me. I stop paying attention to my settings and just randomly snap pics because I’m in such a hurry to eat. So more often than not they come out blurry. But this experience was just so delicious, I couldn’t NOT share it despite the crappy pics.

If you love Mexican food like I do, there’s a good chance it won’t take too long until you find yourself feeling sad inside thanks to the local cuisine in the highly Americanized Cabo San Lucas. So instead of settling for tourist friendly beachside enchiladas drowning in sour cream, drive about ten blocks North of the tourist zone for a sit down meal at La Fonda. Holy mouthgasm. You won’t be sorry. And it’s cheap.

Up until this epic evening we’d eaten a lot of sub-par food in Cabo. The guacamoles were too creamy and bland, the entrees completely overpowered by seafood (which I guess could be a good thing if you like seafood tacos, I’m more of a beef and beans kinda gal), and generally lacking that authenticity that we were craving. Even at the highly recommended Villa Serena I wasn’t overly impressed for my birthday dinner (again, probably because I don’t love seafood dishes).

On our last night there I busted out the iPad, desperate to stumble upon some authentic hidden gem close by. That’s when I came across La Fonda on TripAdvisor, and after three seconds of looking at the menu decided we were going to eat like ravenous meat-deprived carnivores for the last supper.

And feast we did.

The restaurant was tucked away on Calle Miguel Hidalgo, and frankly a little hard to find (probably because we didn’t have a map). We drove around for a good 25 minutes before almost giving up. We were all hangry, and no matter which way we went we found ourselves back on Lázaro Cárdenas. Every wrong turn was one turn closer to defeat. Then out of nowhere we saw the tiny parking lot with friendly waiters standing there like they’d been waiting all night for us to arrive.

It was one of those restaurants where everything on the menu sounds delicious. The decor very traditional Mexican with bottles upon bottles of Tequila at the bar. The waitstaff was friendly, and almost more excited than we were for us to try their food. It felt like home. Or at least the Mexican version of home I’ve always felt I belonged in.

We ordered like we hadn’t eaten in weeks, getting appetizers and entrees to split amongst us all. Despite our oversized appetites, our bill only came out to $80 in the end. Money very well spent. I’d love to leave you with a website or something, but apparently they don’t have one. So if you don’t believe my taste buds, check out La Fonda on TripAdvisor.

I’ll leave you with some pretty shitty pictures that I really hope don’t deter you from giving this place a taste.

Disclaimer: A photo of the black bean empanadas are missing. They mysertiously disappeared before I could pull out my camera. 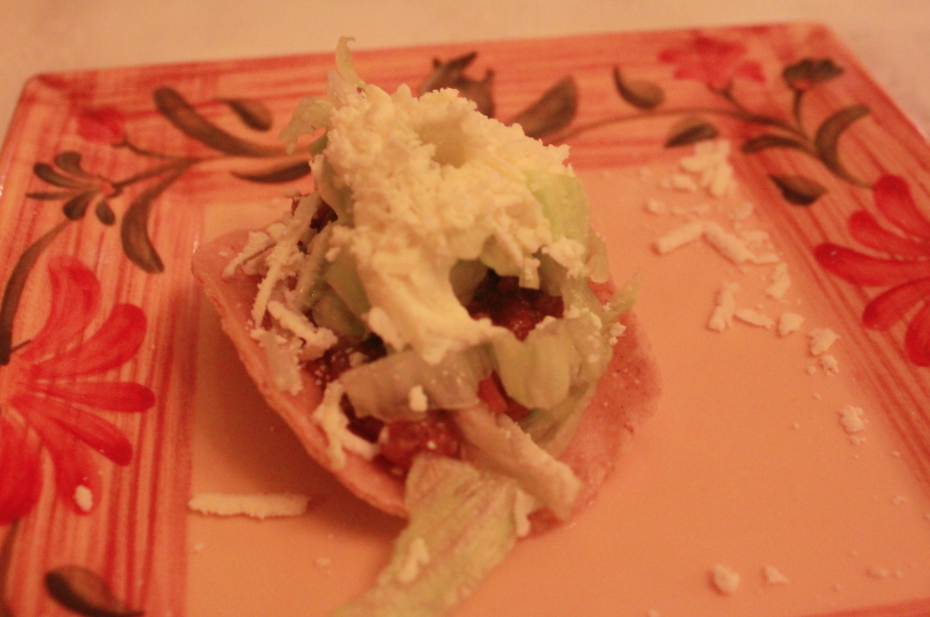 We were seated with a free sample, or rather, a tease. An excellent tease. 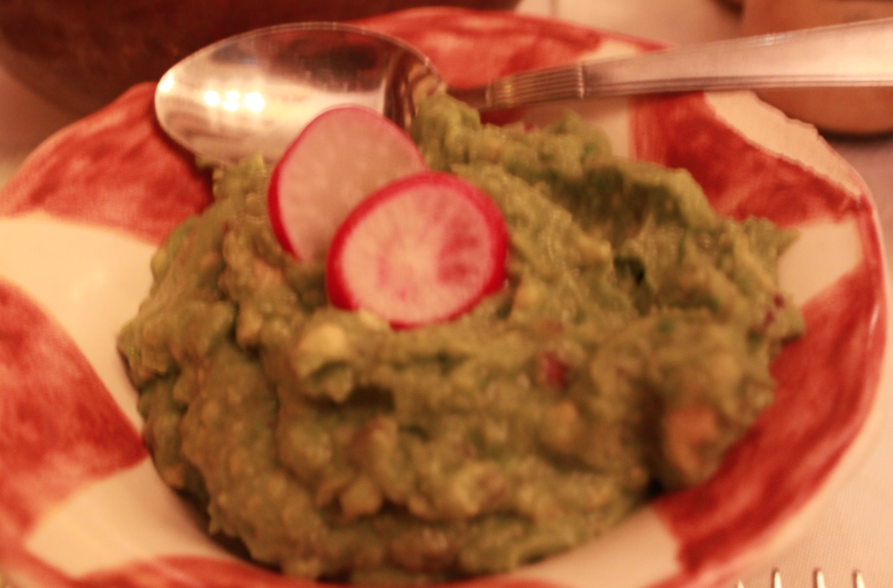 I love you even when you’re blurry, guacamole. 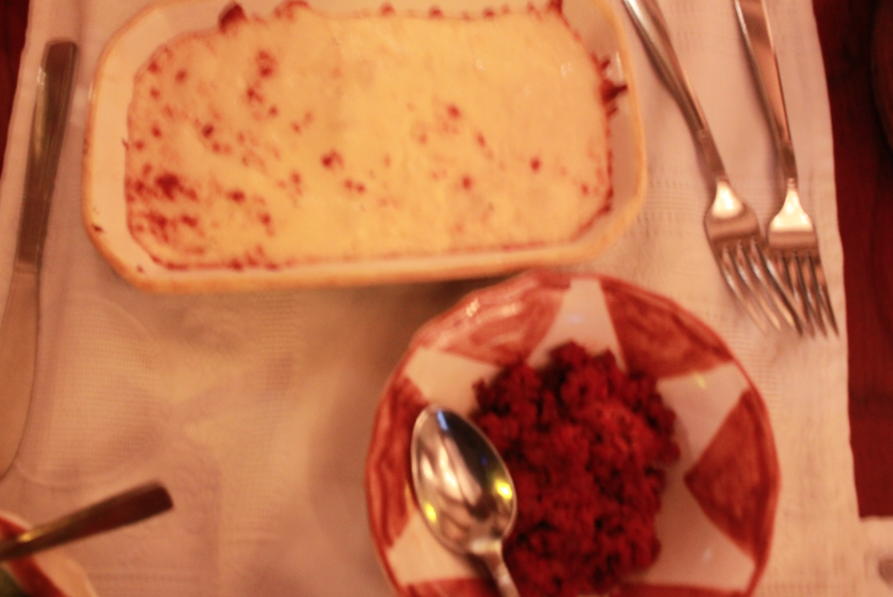 Queso fundido con chorizo. Nothing like a big dish of melted cheese and spicy meat. 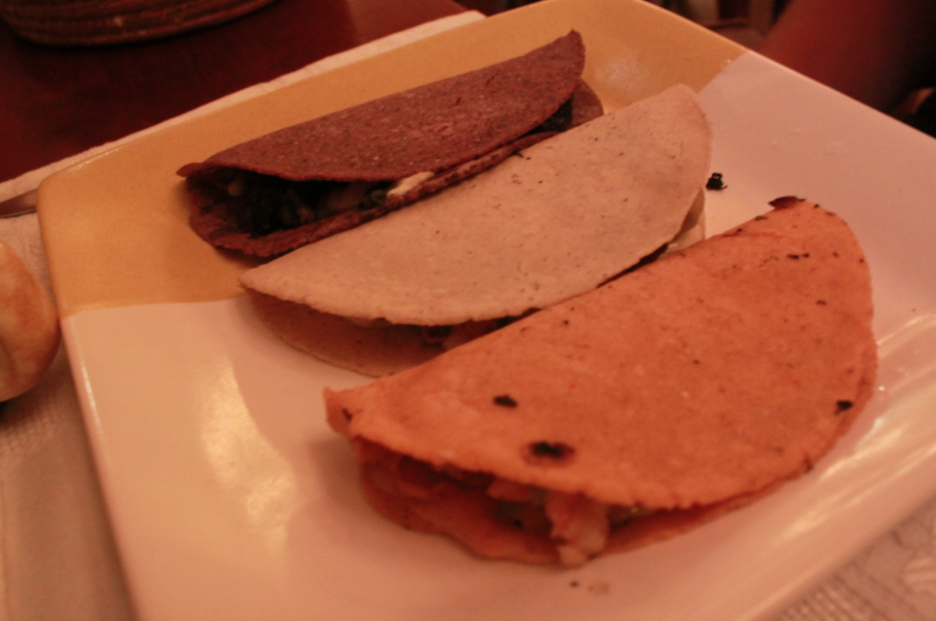 Three quesadillas: pumpkin, shrimp, and huitlacoche (a mushroom that grows from corn). 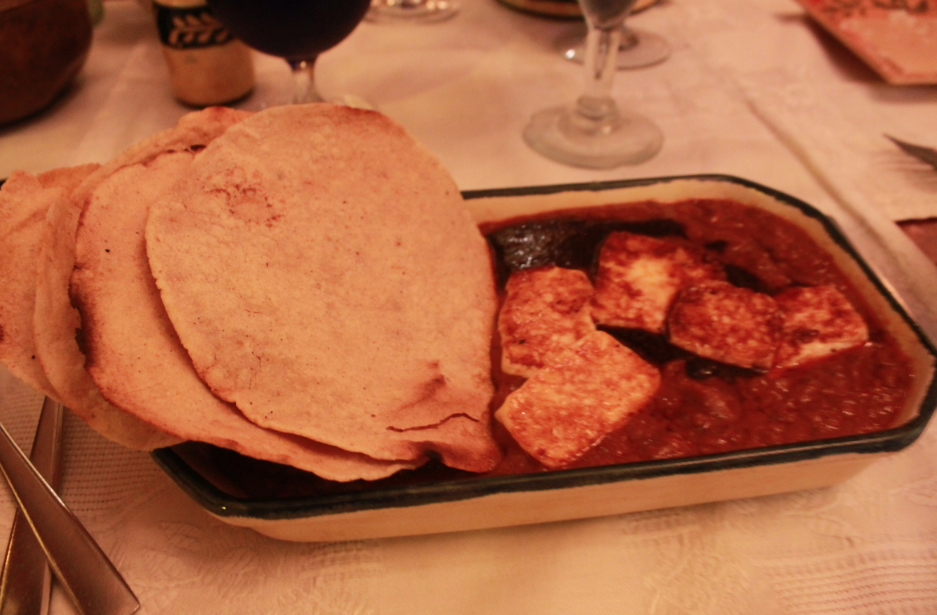 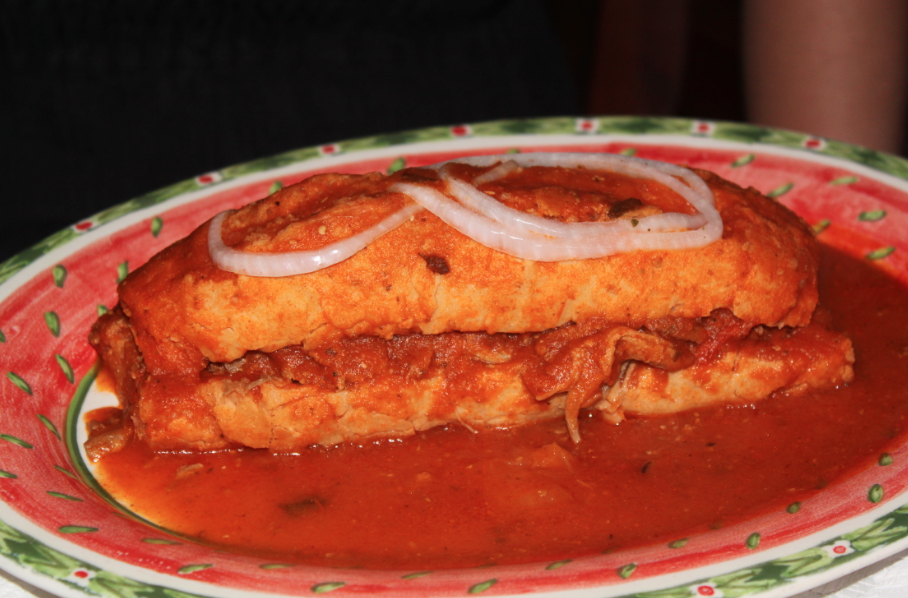 A Guadalajara special: drowned torta filled with carnitas. Though not very photogenic, it was tasty. 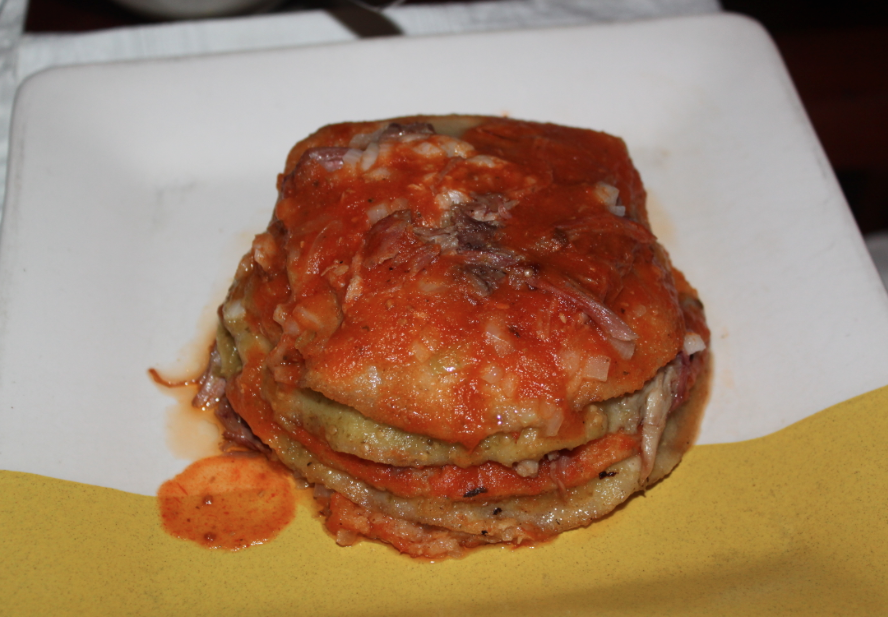 Some sort of chicken and veggies stacked between tortillas dish that a vegetarian ate and loved.

If you're looking for a unique dining experience in New York City, you'll want to head down to the Lower...
Continue Reading