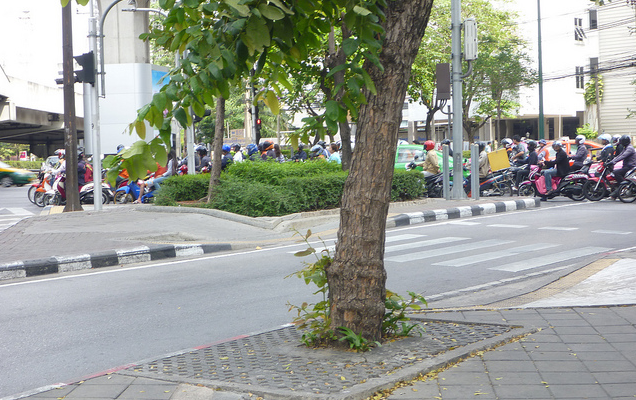 Bangkok is unlike any city I’ve ever been to before. And not just because it’s in Asia. It’s intense, with an energy that somehow forces its way through the incredibly thick air. It’s crowded. It’s hectic. It’s loud. When you find yourself in intersections like Thanon Si Ayutthaya and Thanon Phaya Thai, the constant sound of motorbikes is deafening. And it doesn’t stop, ever. I thought I was ready for it since I’ve lived in Manhattan for nearly six years now and I’m used to the crowds, the pace, and the city life. But Bangkok is just a whole different story.

After only a few short days exploring the bustling streets, my impression of Bangkok is that it’s an extreme mixture of Eastern and Western cultures. It’s the kind of place that is constantly moving to stay ahead of the times while never losing touch of its cultural past. Yet somehow, it works. The contradictions are really mind blowing to see in person. You’re sure to see a little bit of everything which I guess could be said about most places with a population well into the millions. But it seemed so much more pronounced and obvious in Bangkok. 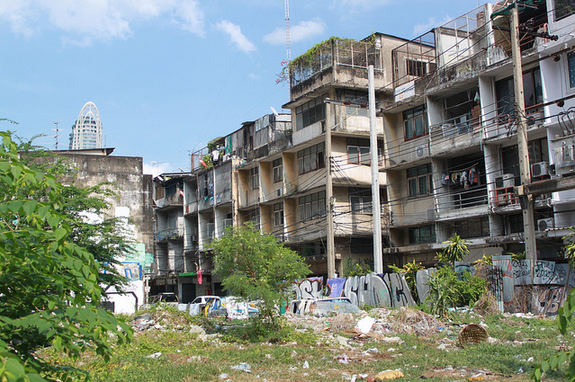 As you can see in the background, this lot was right alongside crazy nice corporate-type buildings

The humidity during the hot season was almost unbearable. It’s a tropical climate with scorching sun and endless miles of concrete underneath a sea of human bodies. But some (generally older) people were dressed like it was a fall day in Wisconsin. Long pants, long sleeved shirts, hats, and sometimes even gloves and face coverings. Is SPF not a thing in Bangkok? 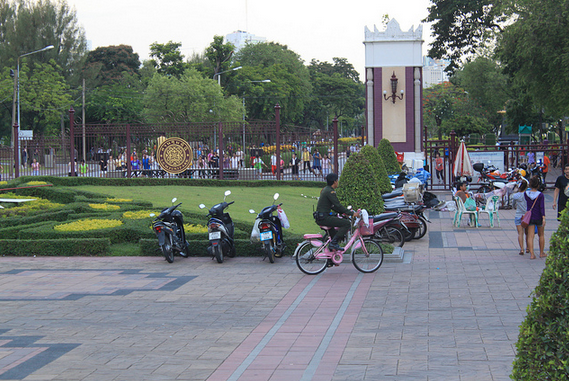 The city is full of gorgeous, ornate temples honoring the Buddhist religion. But in between these majestic temples is a city that embraces a sexual nightlife like no other. It’s not street after street of ladyboy hookers like I’d imagined, but the sight of a robed Monk walking past a sign that says Super Pussy is definitely a sight to see. 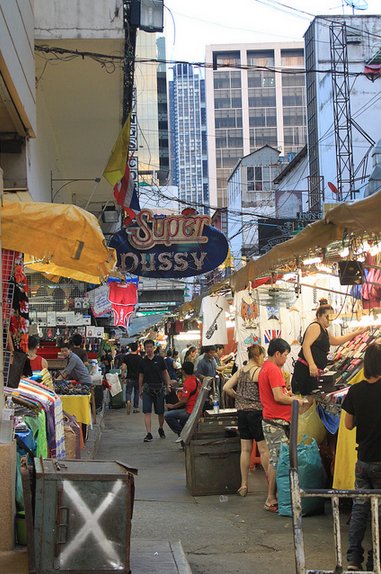 No, I didn’t see any monks here, but seedy clubs are tucked between every tent in the Patpong Night Market

Bangkok is huge, so it doesn’t really have a definitive skyline. But the tallest buildings throughout the city go from modern glass and steel structures right next door to rundown slums and religious temples that gleam with gold. 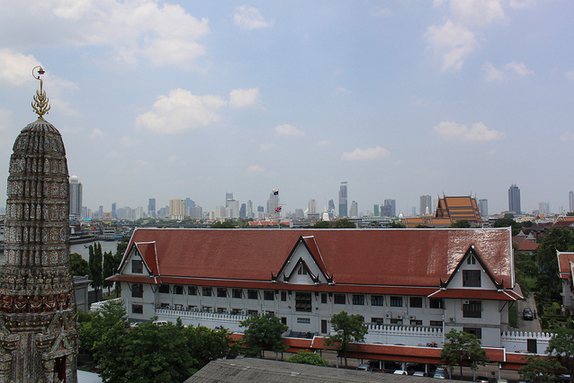 The architecture here is a crazy mix

As with most countries that aren’t America, the general Thai people seem to have their waistlines under control despite the cramped streets and alleyways full of markets, 711′s, and tempting food carts. Whether you want spicy meat, fresh mango and coconut, or fried grasshoppers, you could get it for only a few Thai Baht any time of day.

The streets of Bangkok, street carts, tuk tuks, cars, and 711

But the thing that really blew my mind goes for pretty much all of Thailand, not just Bangkok. It certainly earned its nickname as The Land of Smiles because the people are so incredibly nice. But they all try to rip you off. Maybe trying to pull a fast one on an unsuspecting tourist isn’t as much of a dick-move over there as it is in the US, but I never suspected the sweet mother of three at the front desk of my hotel to upcharge my  room by 53%.

Have you ever been to Bangkok or another part of Thailand? What did you notice that seems like a living contradiction?

Booked: My Next BIG Vacation

The other day I was lucky enough to get a decent amount of money for referring a friend who was...
Continue Reading