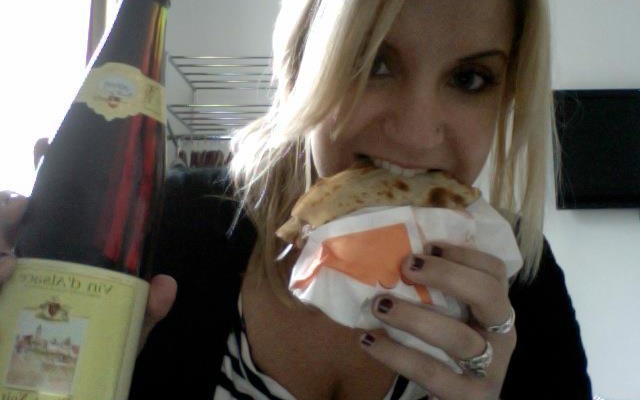 I’ve heard tons of stories from my friends who’ve supposedly gone to Paris and lived off wine and bread for something ridiculous like $3 a day. So even with the shitty USD to Euro conversion rate I wasn’t too worried about going to Paris without much more than a Sub Club card in my wallet. Well I’d like to know where the hell they were getting their wine and bread, because it definitely wasn’t that cheap for me.

To say I was on a tight budget would be an understatement. I had no budget. Technically I couldn’t afford to spend a single dollar so the majority of my trip was spent touring the city by foot. I didn’t get to experience nearly as much food as I’d wanted, and the one time I did “splurge” on a steak dinner it tasted like a freezer burnt patty of mystery meat. Fail. Breakfast was almost always a pain au chocolat and orange juice. Lunch was a ham and cheese sandwich or Croque Monsieur, and dinner was usually a glass of red wine and a banana and Nutella crepe. Yes, I missed out on the perfectly prepared fish, steamed mussels and endless cheese plates. But that just gives me a reason to go back! 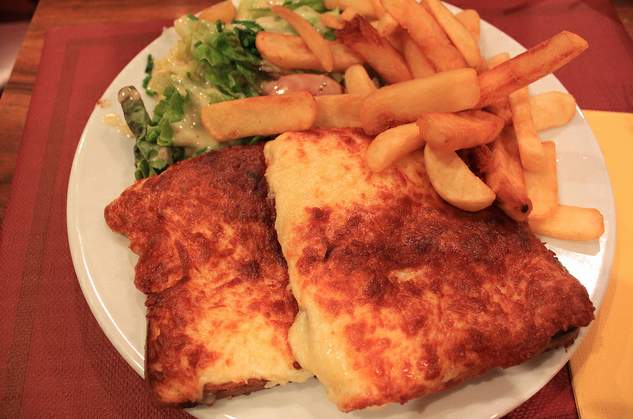 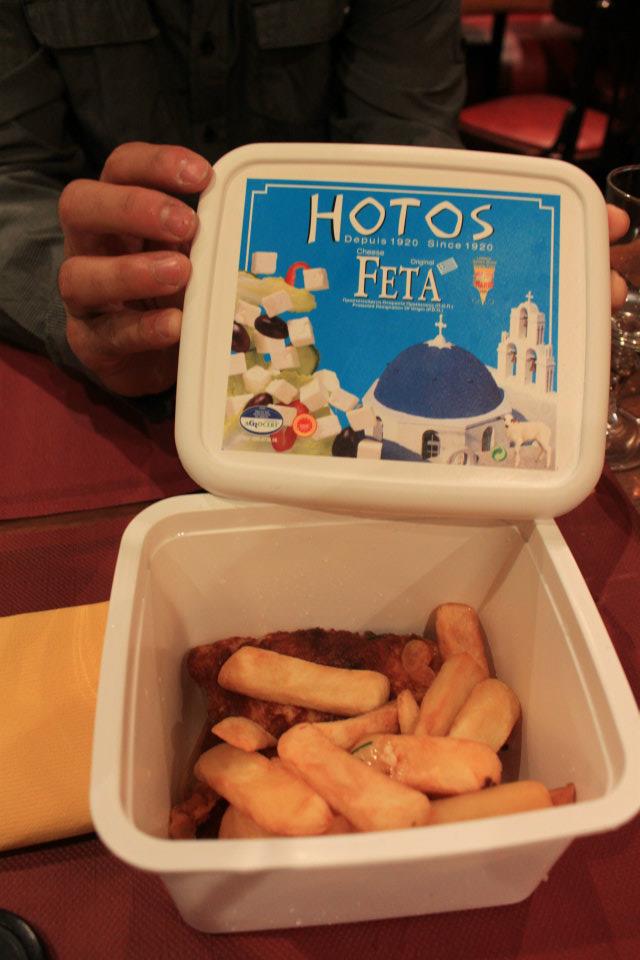 I don’t think the French take home leftovers. Thankfully the waiter was able to dig up this container for my broke, fat ass 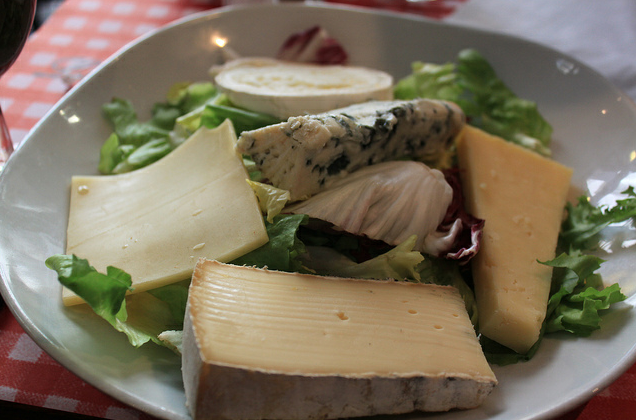 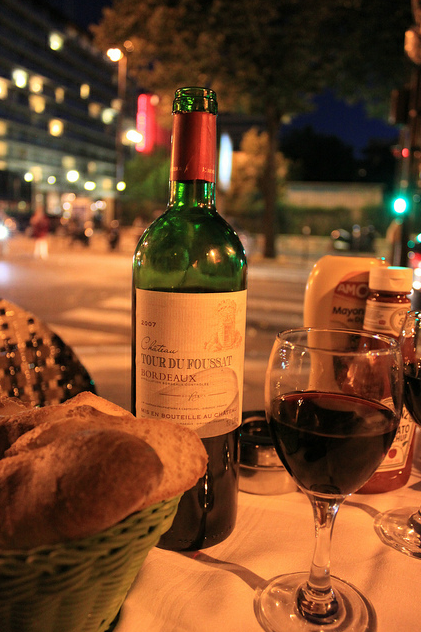 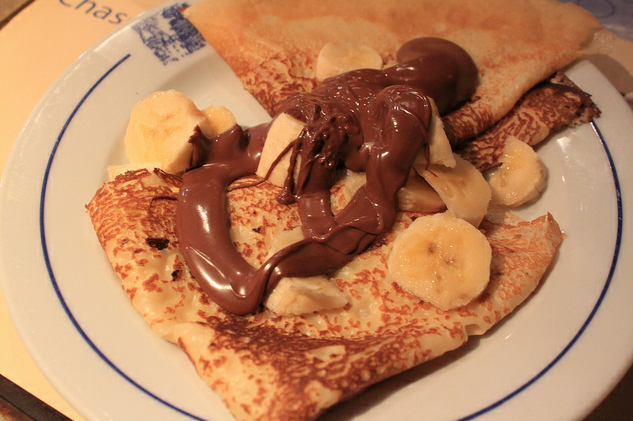 I never even thought twice about hitting the pavement from sunup to well past sundown because I could literally spend days on end gawking at the architecture around Paris. Everywhere you look, gothic style. Flying buttresses. Pointed arches. Prime photographic opportunities. No matter which way you turn there’s something to look at. 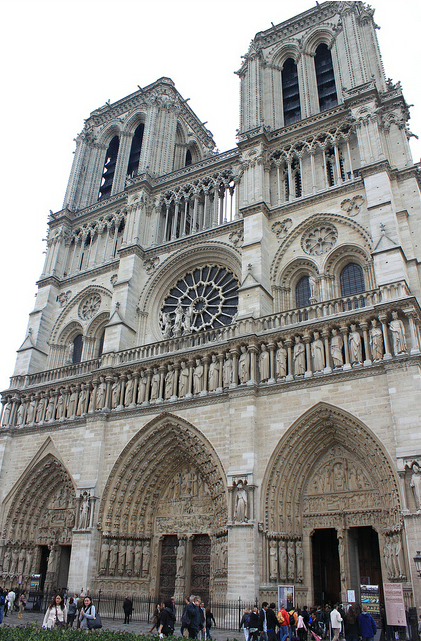 I want to live here 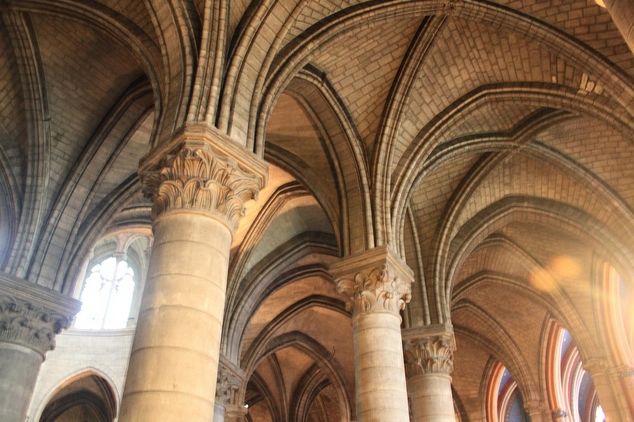 I was completely content with just playing tourist the entire time I was in Paris. Notre Dame, The Louvre, Champs-Élysées, the Seine River, biking at Versailles. Every day was filled with gorgeous sites. I won’t bore you with the tourist info that you can find on just about any other site, but I will say that even the most touristy sites in Paris still maintain a touch of class. Take note, USA! 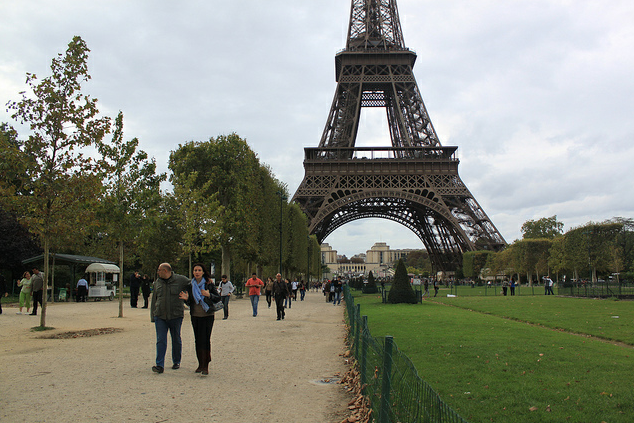 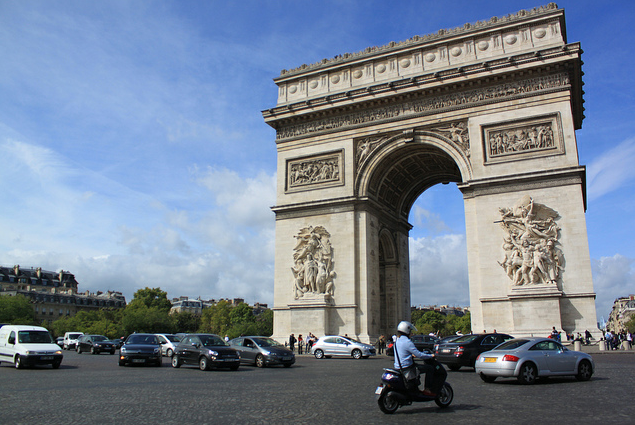 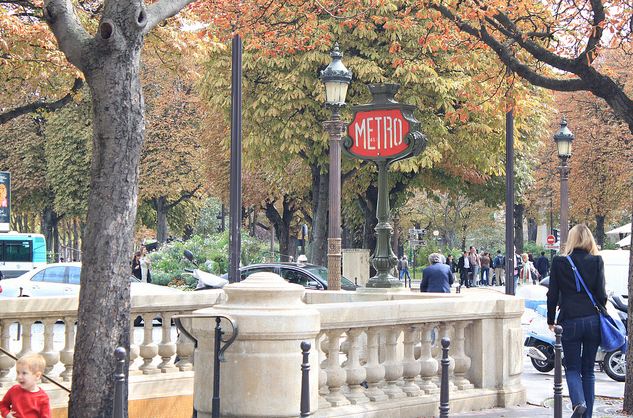 Autumn in Paris. And the infamous metro signs. 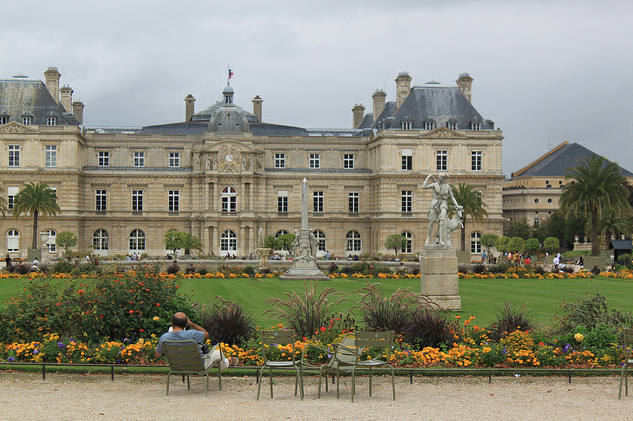 The lovely Luxembourg Gardens. Give me a good book and I could stay here all day. Like this guy. 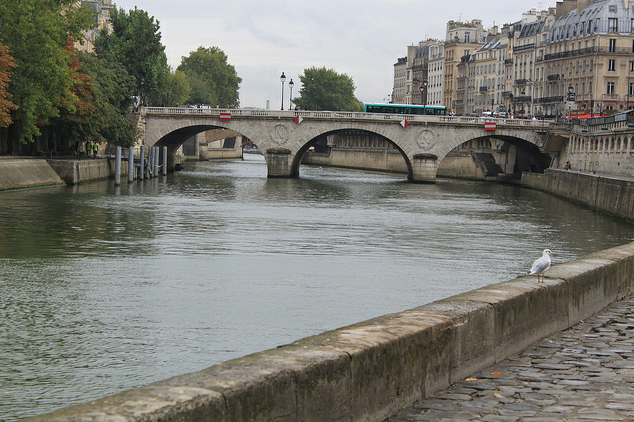 Strolling down the brick road along the Seine River 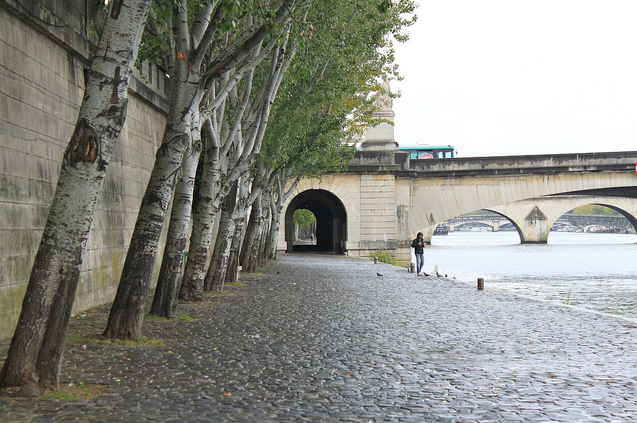 I would be honored to live under this bridge 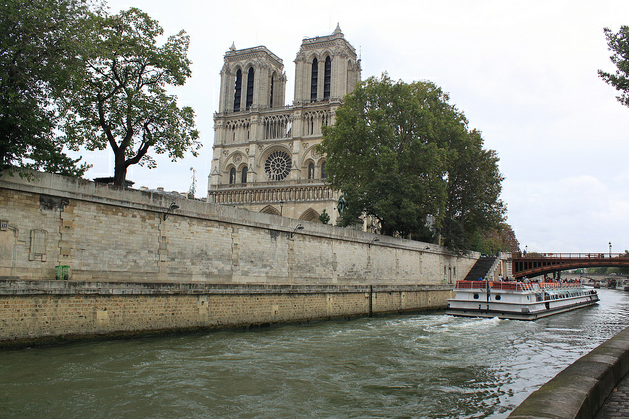 I felt like I was in an Adele video 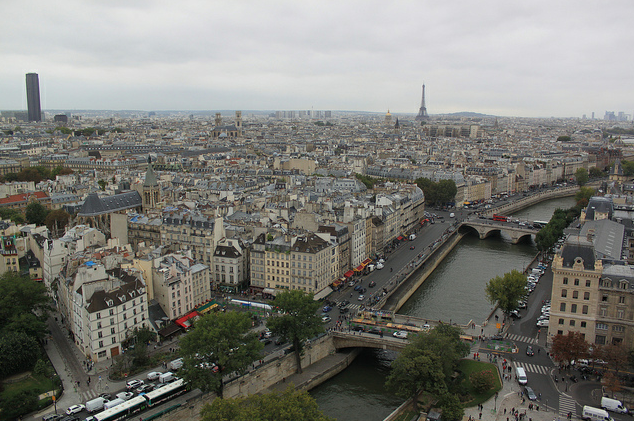 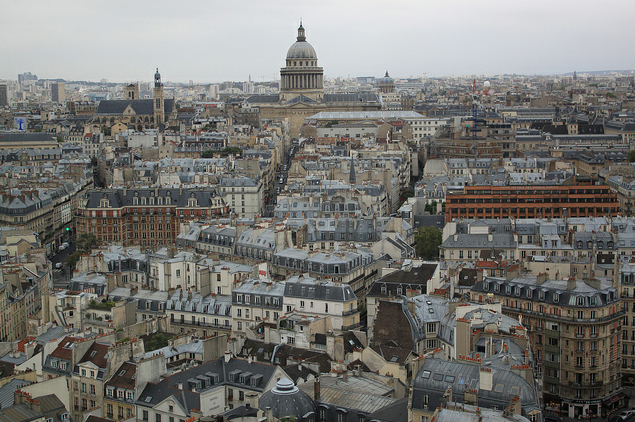 How can you not love this city? 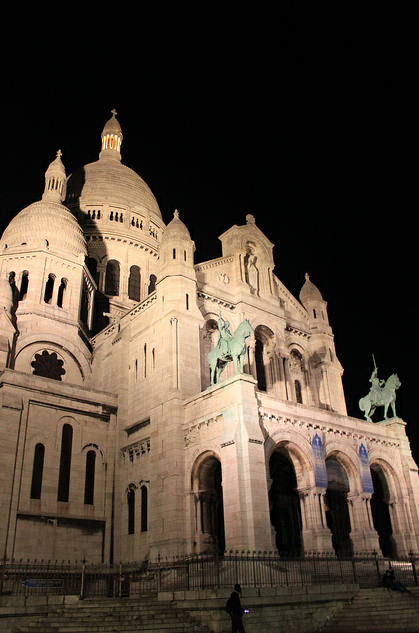 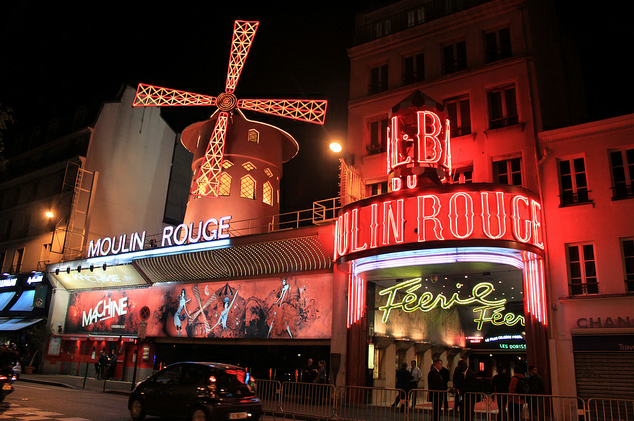 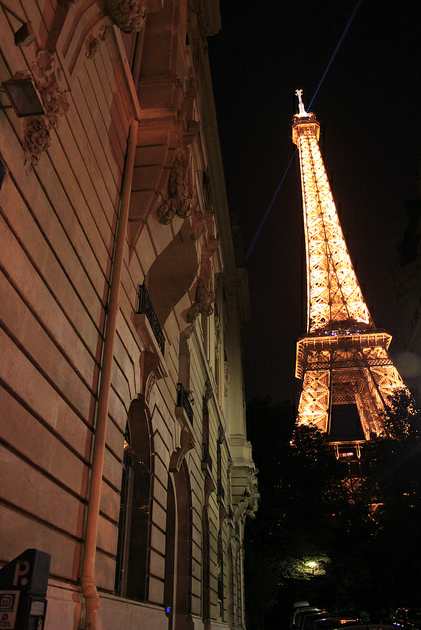 I had an epiphany in Paris. I realized that I absolutely love Gargoyles. Seeing them keeping a watchful eye on the city from the top of Notre Dame was mystifying. Their faces are oddly realistic and they give off this vibe like they’re about to jump to life and start shrieking in a Tales From the Crypt manor. 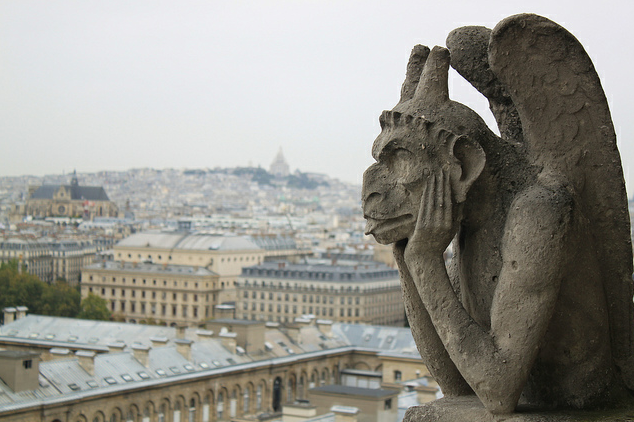 Sacré Coeur in the distance 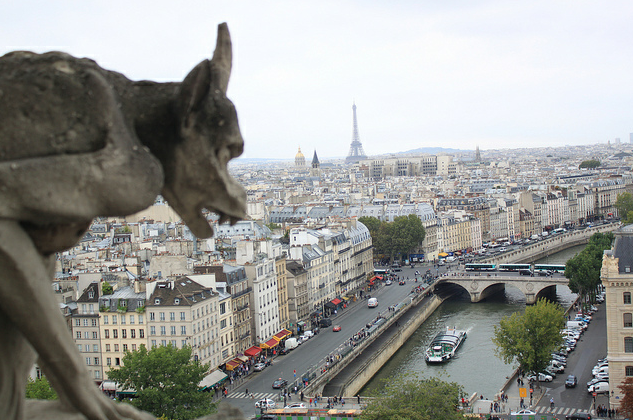 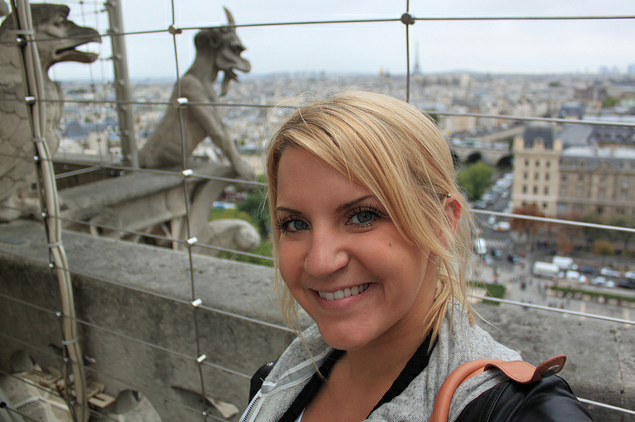 The scariest Gargoyle of them all

For the first half of my trip I was paying $50/night for a room in an apartment that I found on airbnb. It was in the trendy sixth arrondissement, and there was another New Yorker, Mike, renting out a second bedroom in the same apartment. One night we went out on Rue des Canettes, a small side street where you can get drunk and fill up on pizza and crêpes without walking more than 10 steps. Does it get any better than that? We went into Comptoir des Canettes for a glass of wine and to check out the cave-like windowless basement, but left before dying of suffocation. We did a bit of bar hopping after that, everything from pubs to dance clubs, meeting tons of locals and toursits along the way. I don’t know what I expected, but it was almost weird how natural it felt to be in these establishments. 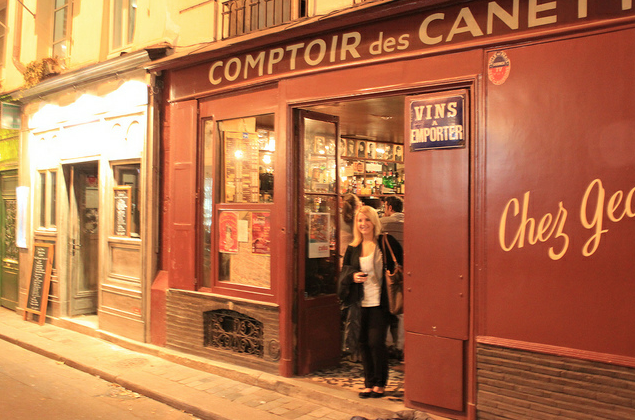 This was right before I was scolded for taking wine outside 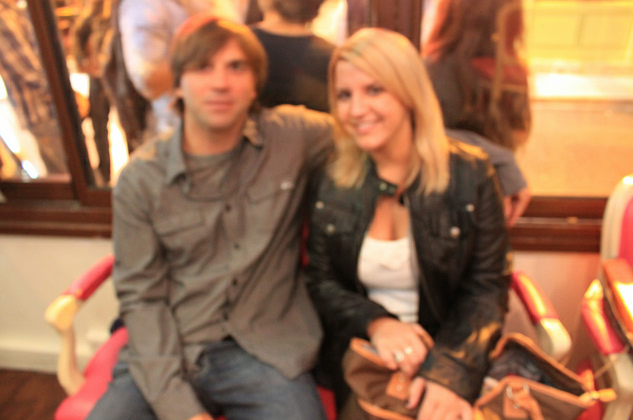 Mike and I taking a break at some super loud club. I felt old 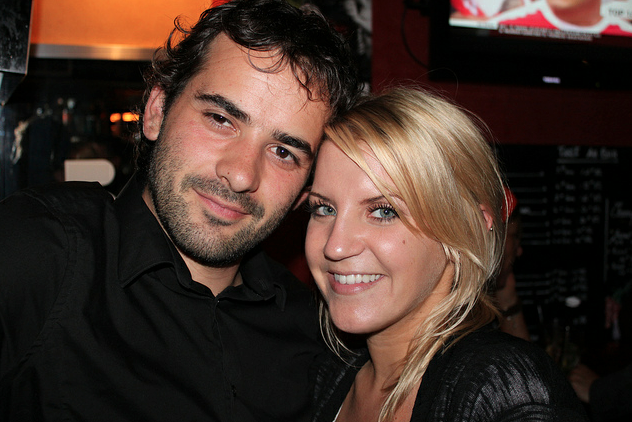 This Parisian Jerome and I suffered severe language barriers