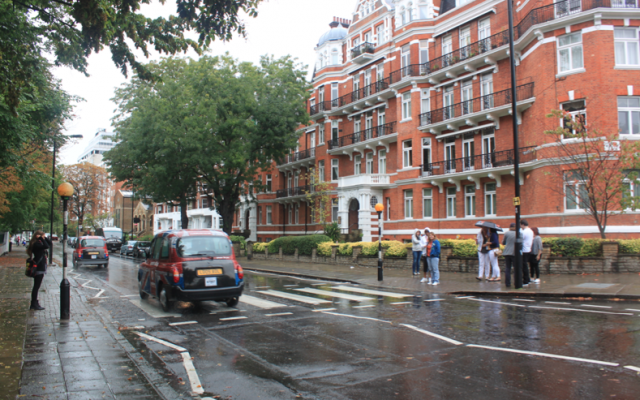 The only thing on my London must-do list was going out to Abbey Road for the ultra cliche Beatles pic. I woke up excited but pretty bummed that it was raining. I debated not going at all but I knew I’d regret it later. Besides, it was a light rain. It’d clear up, right?

When we got off the train at St. John’s Wood it was like a monsoon walking up Grove End Road. The grey skies had been sprinkling all morning but this was just cruel. There was me, at a vertically challenged 5’2” tall, walking with my friend Jonathan who is over 6’ tall. I was the only one with an umbrella and of course my “I’m way too nice for my own good” self felt bad, so I let him carry it so he could stay dry as well. Note to all other short people: never let someone who is a foot taller than you carry the umbrella because it will do you absolutely no good. I was soaked.

We reached the intersection that we may have otherwise passed up had we not seen other tourists dodging across the street in between traffic. There’s no light at this intersection. And if you wait for traffic to completely let up you’ll never get your shot. You just kind of have to go when you get a sort of chance and hope that the cars slow down and let you take your dorky picture. Every time this happens a line of people gather on either side, and just when there’s a break in traffic the designated photographers run out into the street and the line of walkers begin walking across the street. Stopping, posing, and then onward. But common sense would tell you that you can’t go too close to the person ahead of you otherwise you’ll ruin their shot. Like some chick did to me on my first walk. 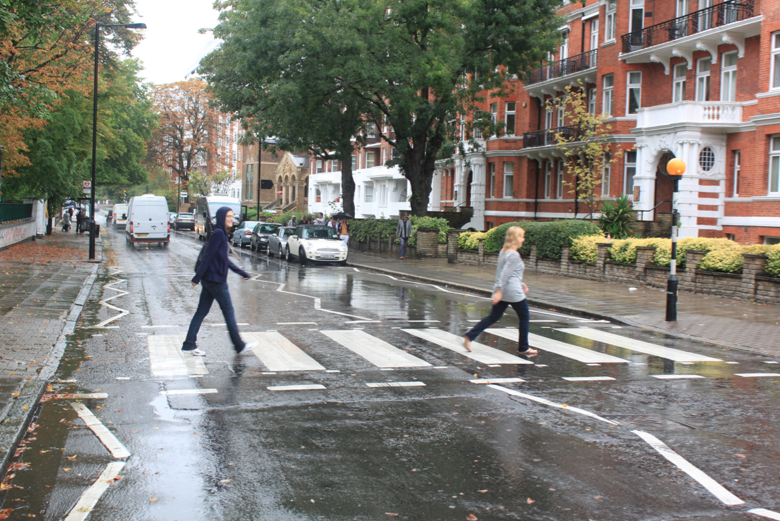 Then of course once I felt we had enough shots, I had to re-do it once again with my shoes off like Paul. 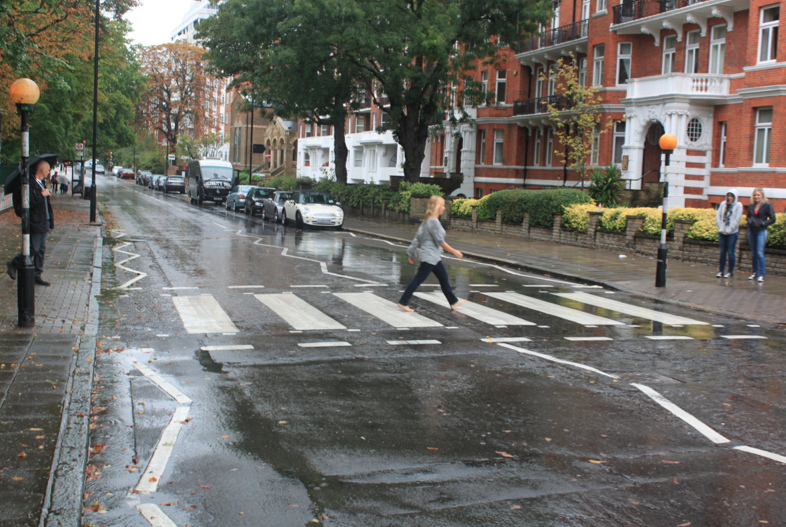 Greg was standing around watching from under his umbrella and I kept making Jonathan run out between cars and snap more photos. I wish it hadn’t been such a shitty day so we could’ve gotten some better shots, but if I made him take any more pics I would’ve had to start paying him. I did what I could to horribly Photoshop together this little gem: 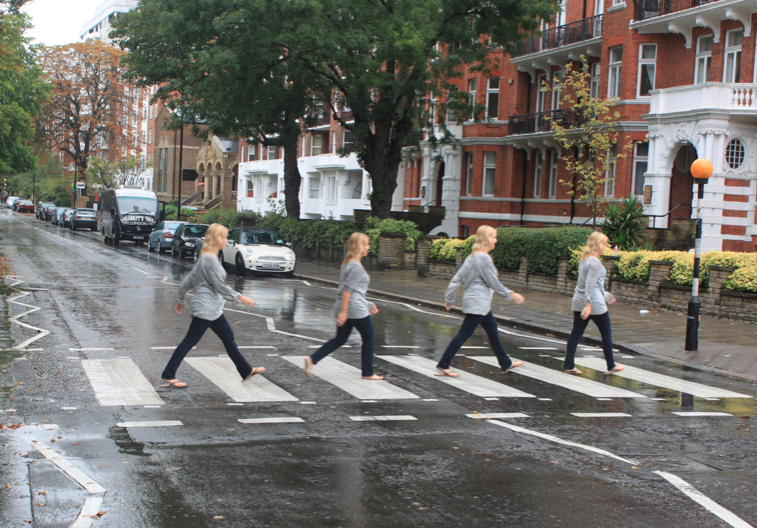 Maybe one day I’ll get the chance to go back out there and take some better photos. Until then, I’m happy knowing that I’ve walked in John, Paul, George and Ringo’s footsteps.

THE COAST AND COUNTRYSIDE OF NORTHERN IRELAND

Have you ever visited a place without any prior knowledge or expectations of what it'd be like, only to find...
Continue Reading