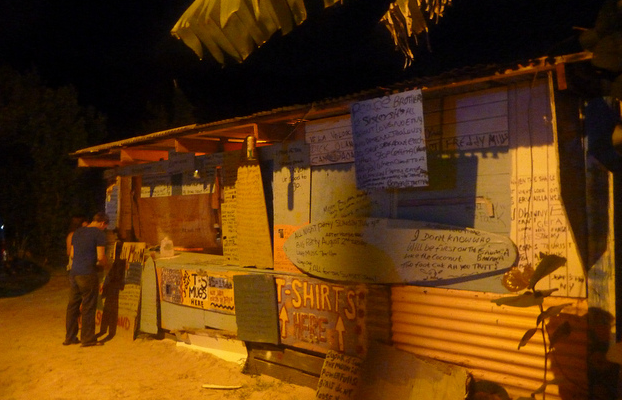 I hate to admit it, but I was completely oblivious to the full moon parties of Thailand before booking my trip to the BVI. But thanks to the internet, a quick Google search showed me photos: minimal clothing, flaming jump ropes, glowing body paint, endless shots, and sand-covered bodies passed out in the sand. Though it did look like an STD-ridden, overcrowded, sweaty mess, I was tempted. Sign me up.

So you can imagine my excitement after learning about the Full Moon Parties at Bomba’s Shack in the BVI. But another Google image search showed me hardly the same scene: tame partying, sober faces, and a bit more conservative crowd of Hard Rock Cafe t-shirt donning tourists posing for photos. But Bomba’s Shack was just up the hill from our resort, so we spent our final evening in Tortola partying with the locals. 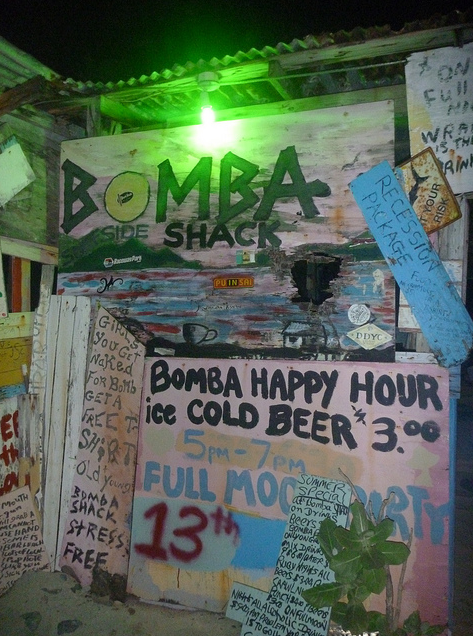 Get naked, get a free tshirt 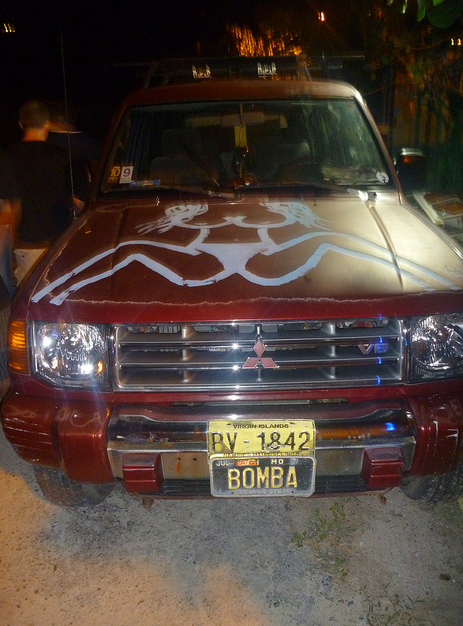 Bomba’s shack is exactly that—a shack built from what appears to be tons of scraps and debris that has washed ashore. Tattered, dirty underwear adorned the walls that look as though the slightest breeze will send it crumbling  right into the ocean that lies just steps away. There’s Sharpie-scribbled writing on nearly every conceivable surface, and of course, everybody is on island time. Oddly enough, it did look like the kind of bar that’d be jam-packed any given night in the LES of New York. 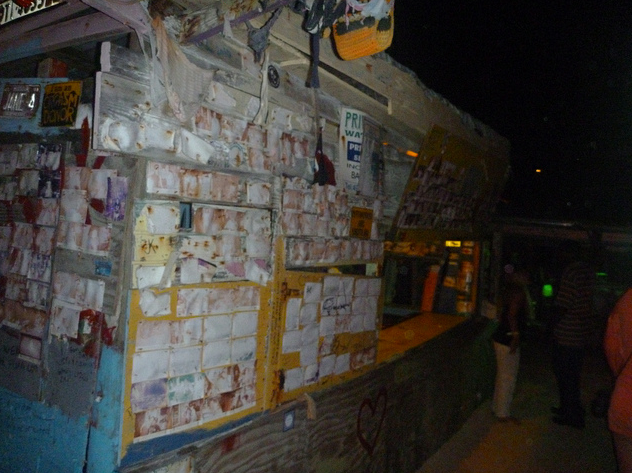 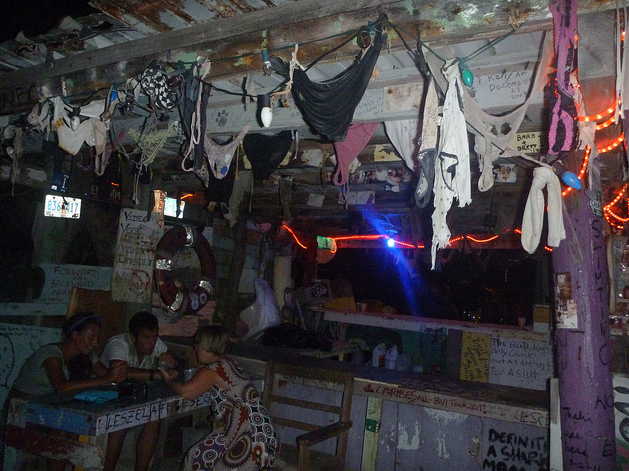 Intrigued by stories of others’ Full Moon Party celebrations, and intoxicated by the hopeful anticipation of a wildly fun evening I’d be struggling to remember in the morning, I got suckered into buying the $50 wristband for a night of unlimited alcohol and mushroom tea. It seemed like a good excuse to ignore my rational self from trying to keep my shit together as much as possible for my early AM flight. I figured I’d leave it up to the fate of my “how much I can drink : how many hours until the 6am ferry” ratio.

I immediately bee-lined past the flashing lights, live music, and drunk dancing, straight into the dark, secluded corner of the lot to get some tea. There was a makeshift bar set up thats only light was from the full moon and the flame beneath the boiling pot of  mushroom tea. The guy serving up the tea was the exact image of a guy you’d normally steer clear of if you saw him walking down the street in New York in broad daylight. Even if it means walking a block out of your way. He was speaking gibberish and he wouldn’t give me any tea unless I walked over to him behind the bar. 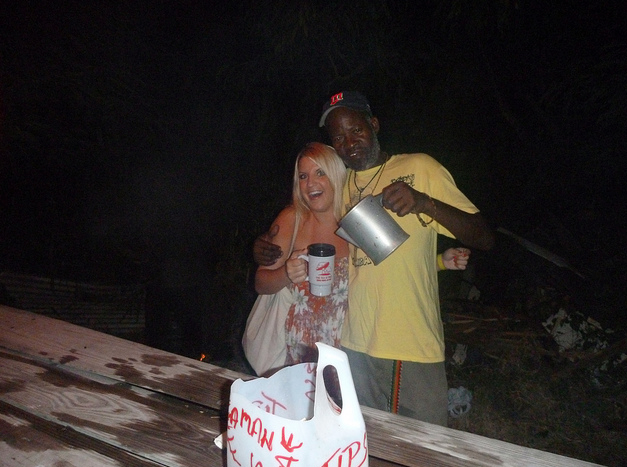 The teamaster, succeeding at freaking me out

Having never done drugs in my life, I was a bit nervous about the effects of this mushroom tea so I was double fisting a scalding hot mug and a backup vodka pineapple. Suddenly my mind was racing. Was it strong? Would I trip instantly, or is it the kind of thing that would take a while to set in? Would I realize I was tripping? Would I trip at all? Having not done my research, I didn’t know if it was strong stuff, nor did I really want to find out when I’m 1,700 miles from home with no cell service, and an early flight to catch. So after I started to feel the vodka kick in I called it quits after one cup of tea.

Before long we were dancing in the crowds of people to live music, and I felt a dog suddenly nibbling on my toes as they kicked out of the sand. We were there just a week after carnival so apparently most of the tourists had left by then, but every other person we had met during our 5 days of island hopping was at this party. We met tons of people, including some guys from New York that I was so nice as to get free drinks with my unlimited wristband, and this guy who’s souvenir was to have everyone sign his shirt. So I drew a smiley face along with my name around his nipple. 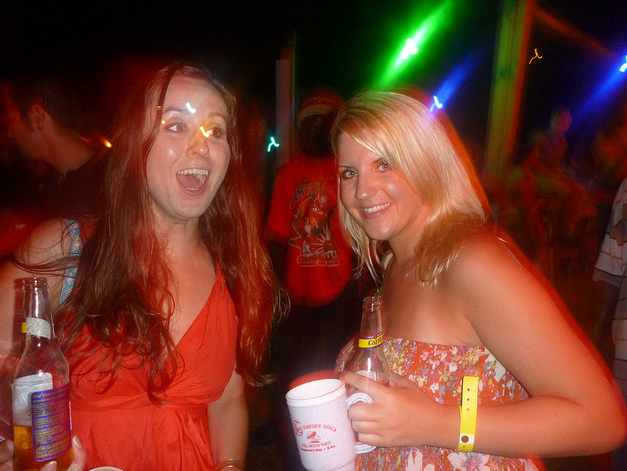 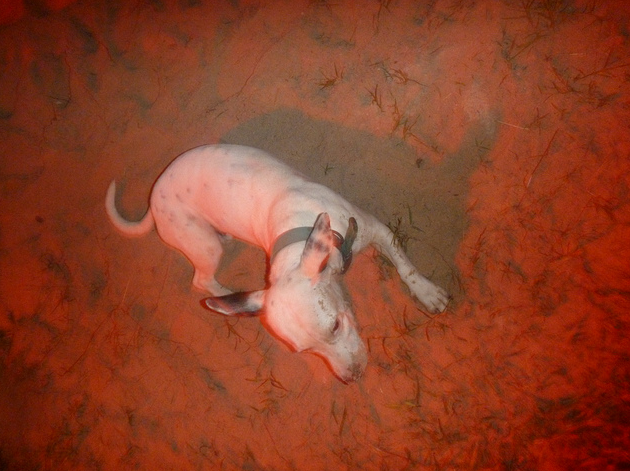 My dancing partner, who thought my toes looked like dog treats 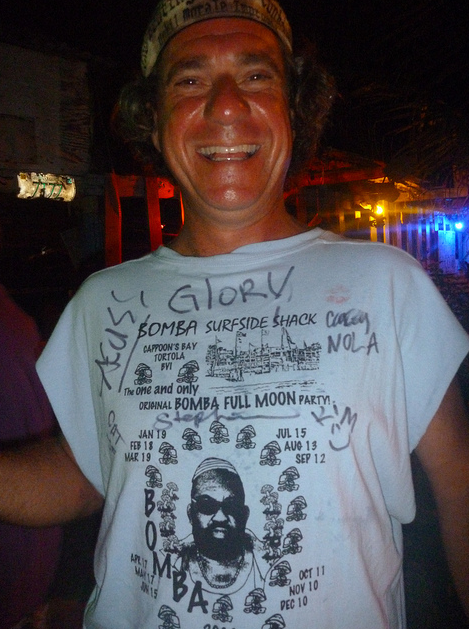 Then hours of dancing followed by an increase in being hit on, until most of the couples were calling it a night and the locals were out to pick up any leftover single, drunk tourists they could run off with. The Full Moon Party was coming to an end. And I wasn’t nearly as drunk as I’d thought I’d be for $50. 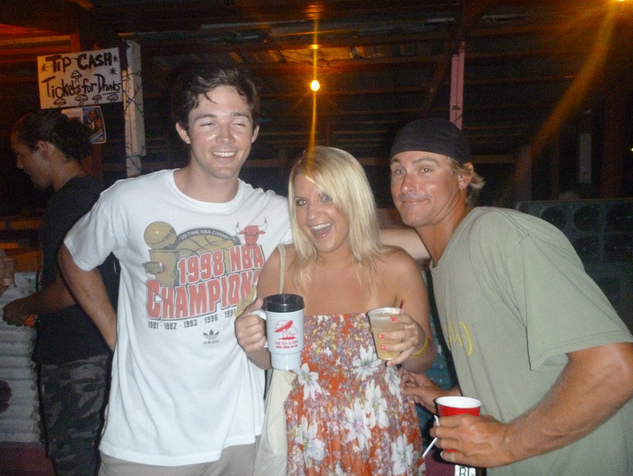 Guys who claimed to be from New York 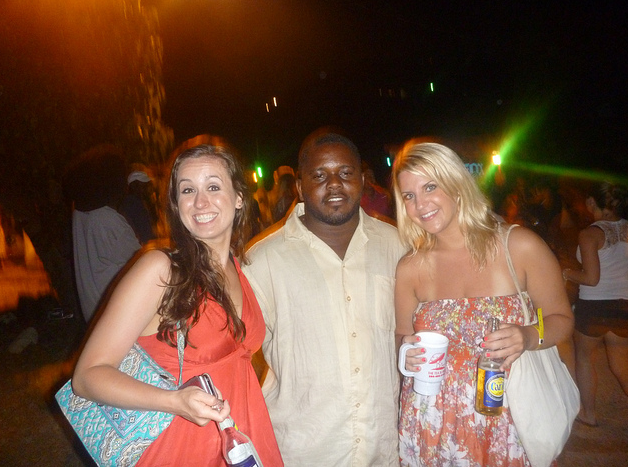 Stephanie & I with Eric our cab driver

We headed back to the room to finish packing up the remnants of a wonderful vacation for a 6a ferry back to the airport in St Thomas. Luckily we made it on time with only mild hangovers, but the BVI’s couldn’t send us off without one last adventure: the ferry caught on fire in the middle of the ocean. We didn’t see any flames, just choked on the thick smoke that was pouring in from under the floorboards. Luckily it wasn’t too bad, and after vocalizing several Titanic-like concerns, we were able to swap ships and make it to St Thomas just in time for our ironically delayed flights.

Long Bay Beach, Tortola, British Virgin Islands, courtesy of Caribbean-scuba.net I always told myself that as soon as I got...
Continue Reading

HOW TO CELEBRATE NEW YEARS (OR ANY DAY) IN CARTAGENA

I kicked off my multi-month Latin tour by ringing in 2015 in South America’s party city: Cartagena, Colombia. From what...
Continue Reading

During our five night trip to the British Virgin Islands, Stephanie and I stayed at the Long Bay Beach Resort...
Continue Reading