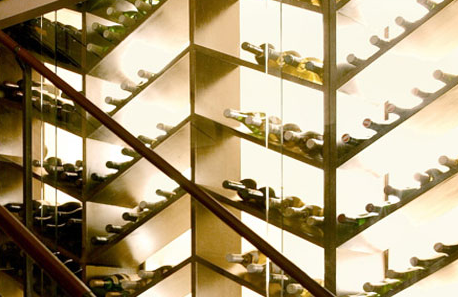 If you’re looking for a unique dining experience in New York City, you’ll want to head down to the Lower East Side. The Stanton Social is a tapas-style restaurant serving up food that is intended to be shared amongst a group—hence the word “social.”  With a full raw bar and 40 additional items to choose from, you’ll probably have a hard time narrowing your selections down to just a few. I’m not usually one to share food, but ordering 13 different dishes certainly made me feel more generous.

The Stanton Social is a fantastic (though slightly expensive) way to try new foods of several different ethnicities. It’s hidden on the South side of Stanton (we walked past it twice), but the reward is well worth the search. The decor is very sleek for the Lower East Side—a bit of 1940s swank with intimate leather booths tucked along the walls, and a row of tables down the middle on the first floor. The far wall glows with a gigantic display boasting over 2,000 bottles of wine.

After being seated we started off with a complimentary Pumpkin Puree and Ricotta Crostini, which was a surprisingly tasty blend of two of my favorite flavors—pumpkin and cheese—served on a crispy round of bread. Being the frugal gal that I am, the idea of a “free” dish was so exciting I scarfed it down without taking a photo. For the other foods you’ll have to excuse the blurry photos. I was going to a concert after dinner so the only camera I had on me was my iPhone. Plus, it’s one thing to photograph your own food before eating, but telling three others to “hold on” while trying to get the perfect shot doesn’t always go over so well.

Shortly after placing our orders the plates began to come one by one. The continuous flow kept the meal moving, giving us little time to wonder what was coming next. We always had 1-3 dishes in front of us, but they were replaced just as quickly as we finished to keep the flow going. 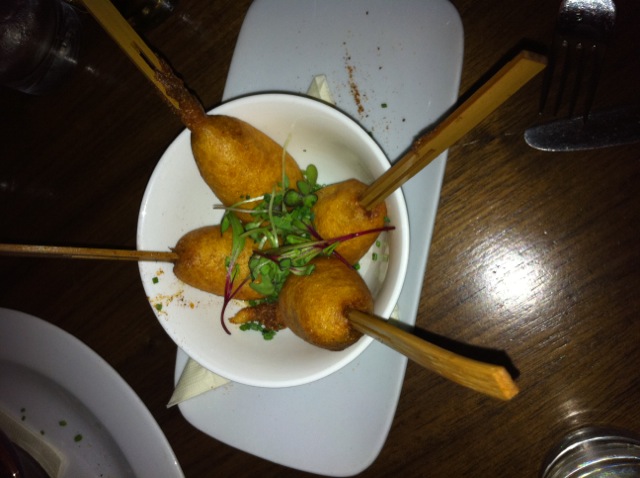 I’m not a huge fan of seafood, but these were probably the best of the seafood dishes that we ordered. The crab cake was 10x better than those I’ve had at the Fisherman’s Wharf in San Francisco. 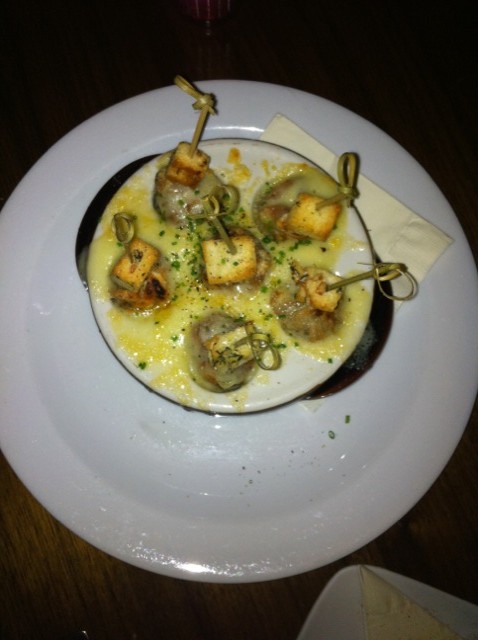 If you’re a fan of the Food Network you’ve probably seen these on “The Best Thing I Ever Ate.” These bite-sized dumplings are served in an escargot dish, melted with a layer of Gruyère cheese, and skewered with croutons. These weren’t as brothy as I thought they would be, but the flavors were all there. Plus I’m a sucker for anything with Gruyère on it. 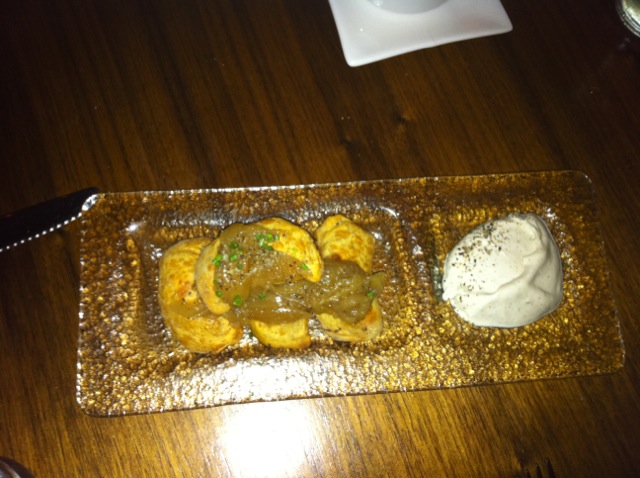 This soft blend of creamy flavor worked perfectly together with just a dab of the dipping sauce (and I’m usually a scooper, not a dipper). 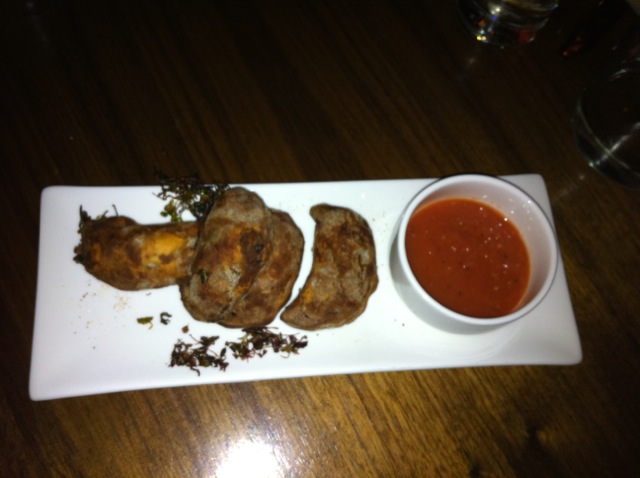 I was a little nervous about the blood orange jam as a sauce, but the flavors mixed incredibly well, and really moistened the black bean filling to a more enjoyable taste and texture. 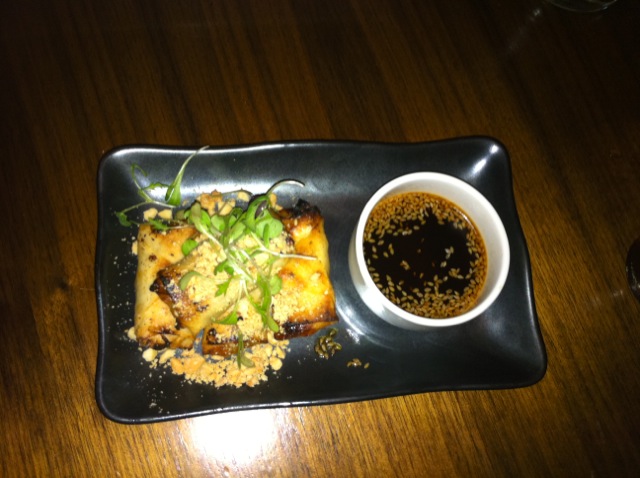 I didn’t care for the spring rolls, probably because I don’t have the taste buds for anything sweet & sour. Everyone else enjoyed them, so they must’ve been good. 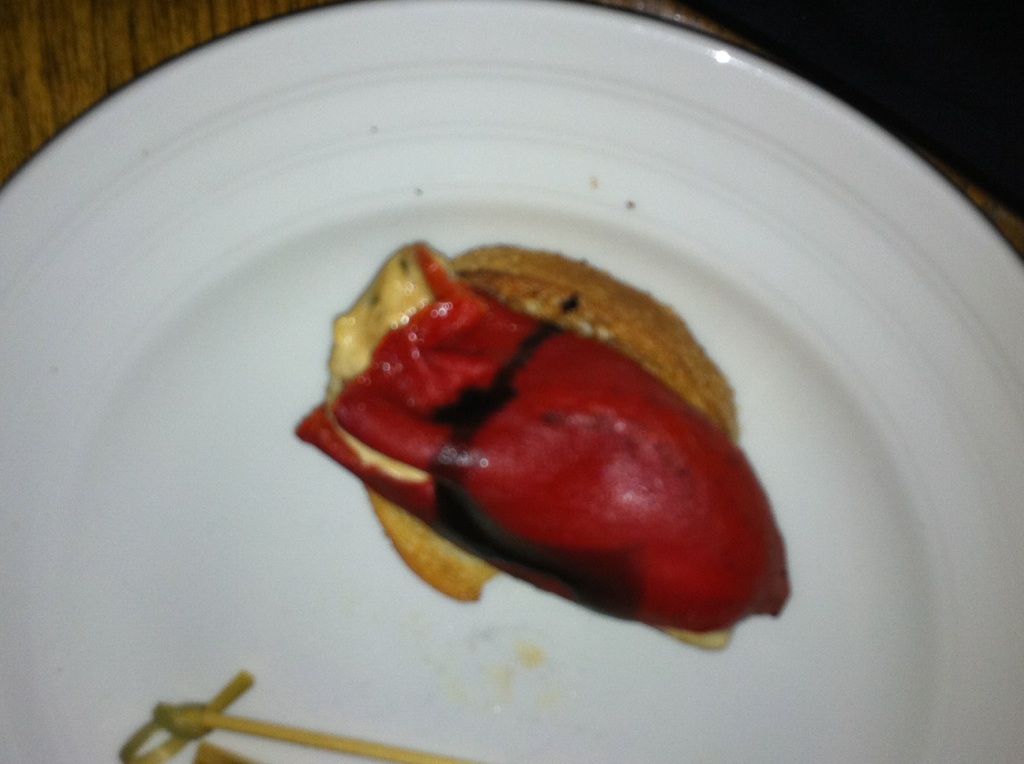 These. Were. Amazing. The red pepper was somehow prepared into a strangely smooth, soft, and flexible texture that felt weird to touch but tasted great. The flavors in the garlic goat cheese stuffing paired perfectly with the pepper and the crispy bread. 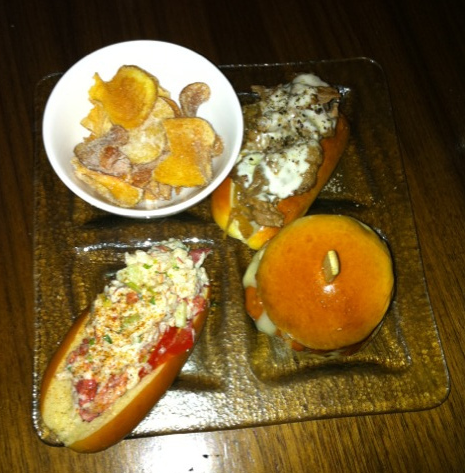 I ordered the Kobe Philly and enjoyed a different take on the Philadelphia Cheesesteak. I’ve only had one Philly Cheesesteak in my life so I don’t have much to compare it to, but the quality of this miniature sandwich FAR surpassed the one I had in a Midtown deli. That truffle and melted goat cheese concoction should be used on every dish that I order from now on. Everywhere. 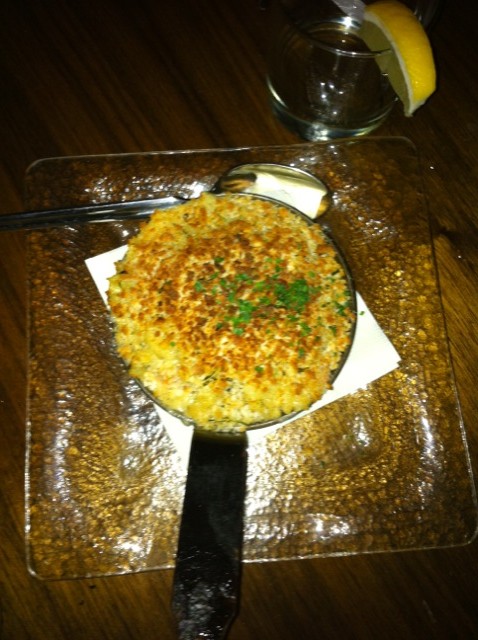 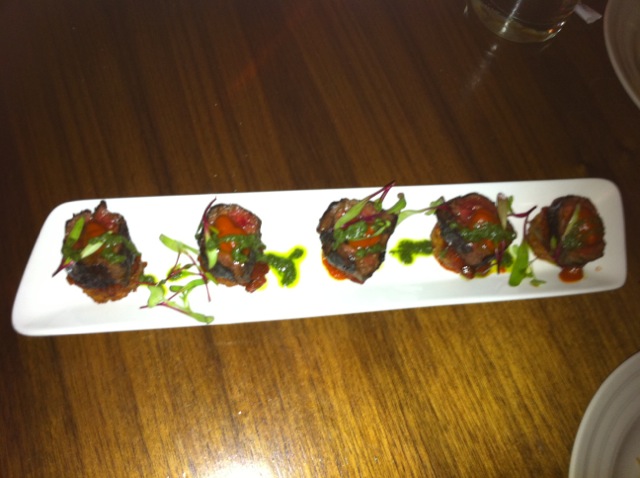 Ohhh the hanger steak. Had I not been so full, I would’ve wanted this to be an 8 ouncer. Both the red and the green sauces rocked my world. 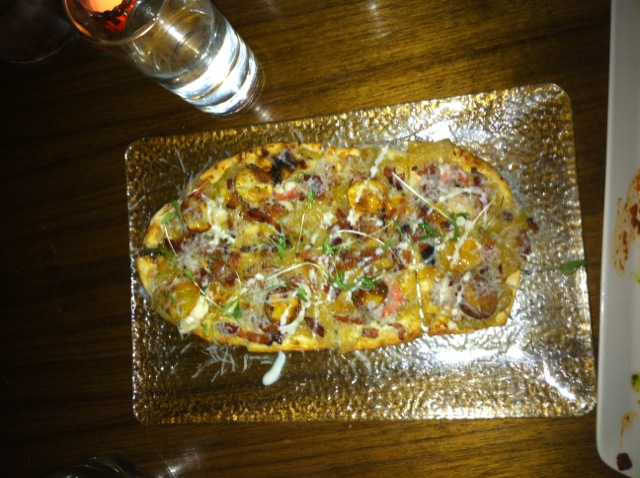 Again, not a huge fan of seafood, so the lobster pizzetta was probably my least favorite. I tried one piece but the medley of flavors was almost too much for me. 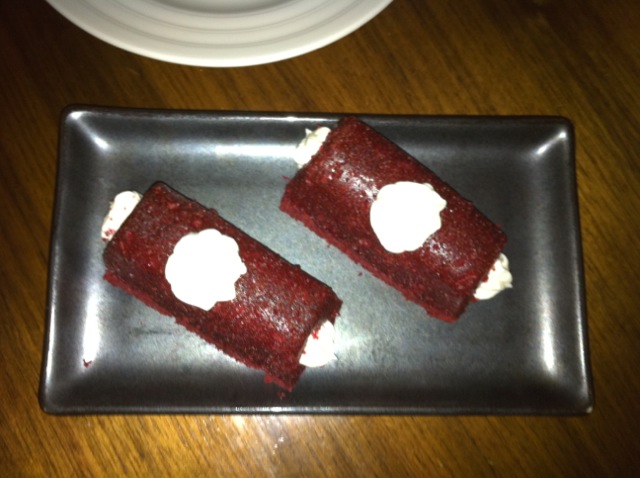 The red velvet twinkies were satisfying and moist, but nowhere comparable to some of the best red velvet cakes in New York City. 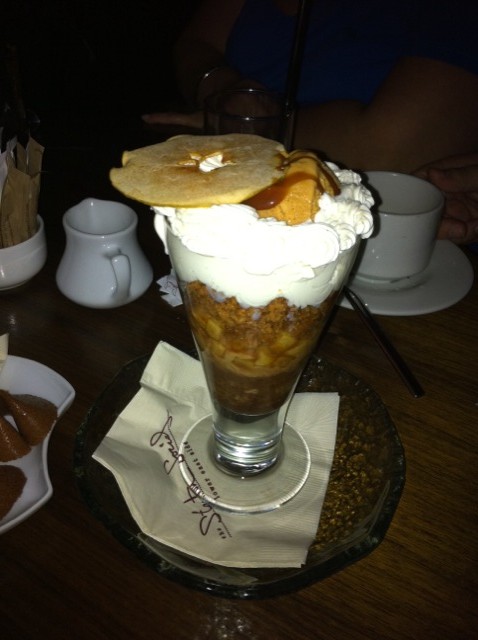 Do NOT buy this dessert unless you definitely intend on sharing. It’s huge! I thought it would have been better with vanilla ice cream (but then again I don’t like caramel), but otherwise it was an interesting change to apple pie à la mode. 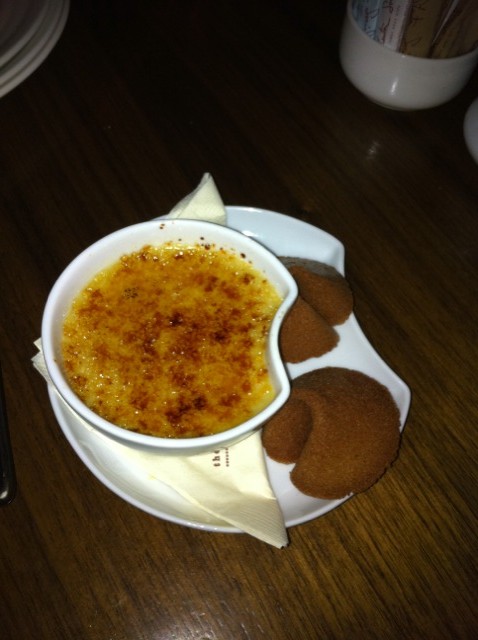 This was phenomenal. The “misfortunes” inside of the cookies were slightly depressing, but one bite of the perfectly cooked custard certainly made my night.

If you’re planning to visit The Stanton Social, I definitely recommend making a reservation. Arrive hungry and preferably with someone else’s credit card. Depending on how many people in your party, most of these things are literally priced per bite. My guess is you’ll be so overwhelmed with choices you’ll start spending ferociously like we did. For four people they say 7-8 dishes are usually enough. But 13 selections and $215 worth of food later, we all left happy.