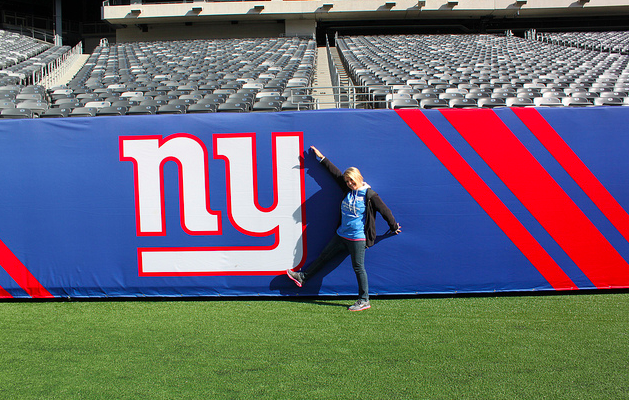 One doubley-awesome way to enjoy fun, free events while meeting new people is through volunteer work. Not only does it leave you feeling good about giving back, you can sometimes experience things you’d otherwise never get a chance to. 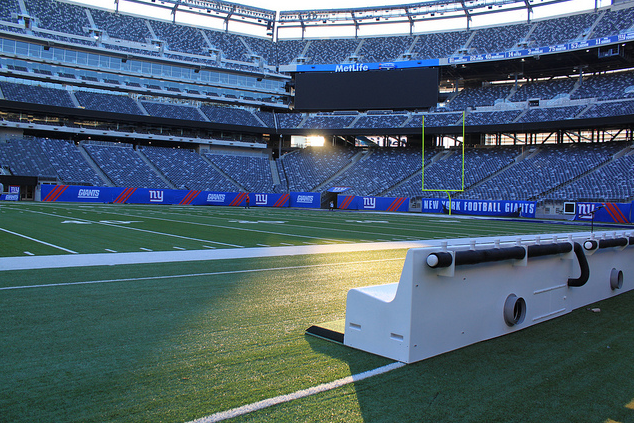 Last weekend I had the opportunity to run around the field at the New Meadowlands Stadium, the new $1.6 billion dollar Jets/Giants stadium in New Jersey. As of right now, it holds the record as the most expensive sports stadium ever built, and is considered the third largest NFL stadium in terms of total seating at 82,566.

A while back a certain incident sparked my interest in becoming a mentor. Since I couldn’t make the time commitment, I started volunteering through the Young Professionals Committee for the Big Brothers Big Sisters organization in New York. It’s basically a group of young professionals that organize fundraising events and support the BBBS’s mentoring programs. This annual event on November 6th was called the Gridiron Games, where everyone in the BBBS program was invited to come out to the New Meadowlands Stadium and play ball on the field.

The day started with us setting up for the activities, but not before a much anticipated (at least by me) walk across the field. The music was pumping, and I took my first step out onto the surprisingly cushiony 40 yard line before getting the urge to tackle somebody. 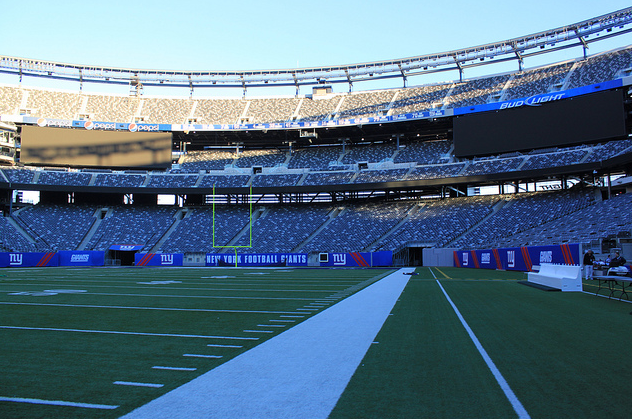 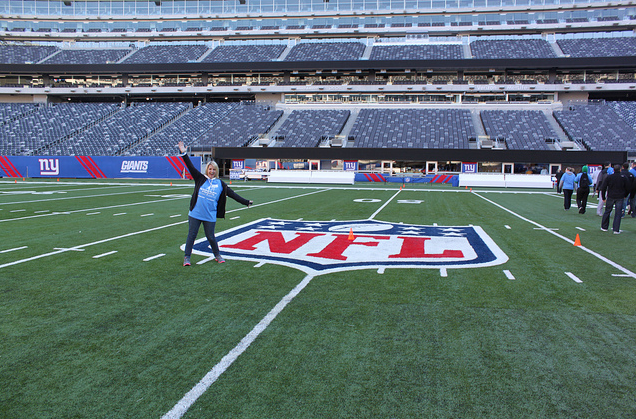 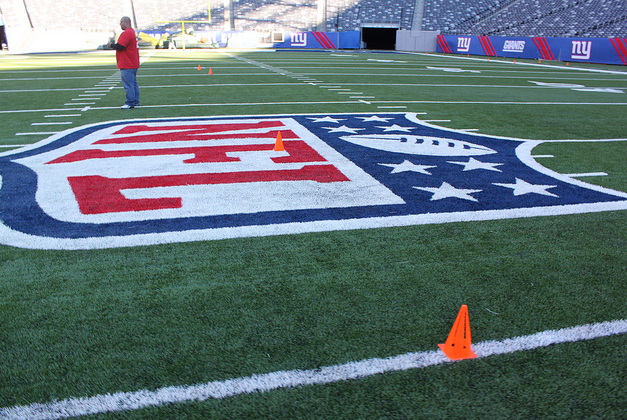 A couple of hours later, the kids and their mentors arrived at the stadium to play games and warm up with four of the Jets Flight Crew cheerleaders. 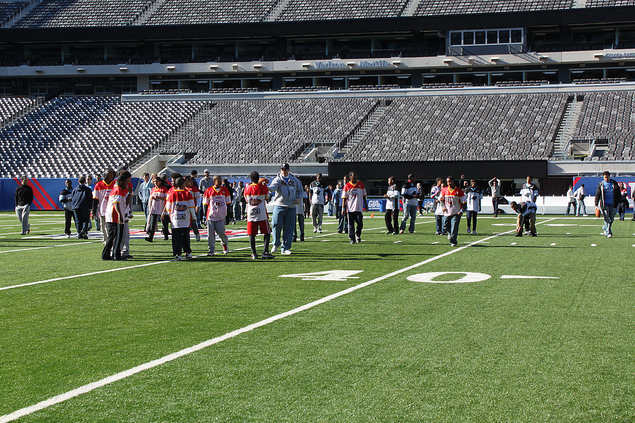 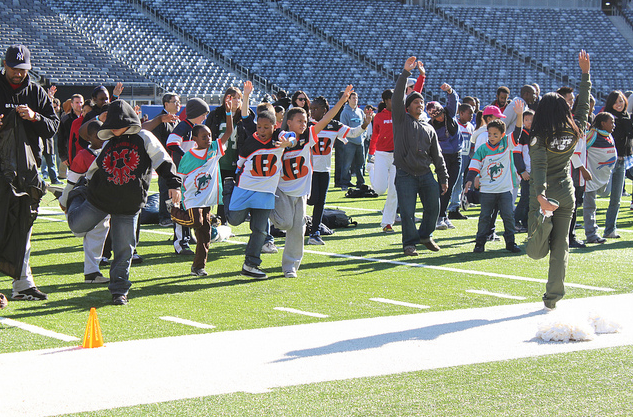 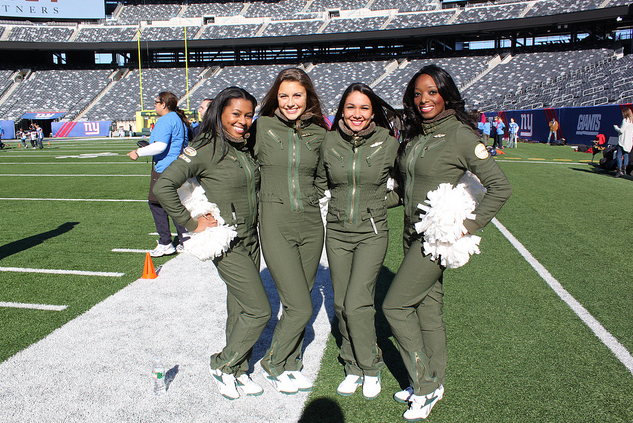 My job was to help the kids get out to the field and back in to tour the visitors locker room after they were done playing. In between, I had at least an hour to run around, pretending to be an MVP quarterback. Oh who am I kidding? I was more like the timid water boy, watching from the sidelines, except I was also creepily taking pictures.

I got to direct all 200-some kids and their mentors into the visitors locker room before taking a tour myself. 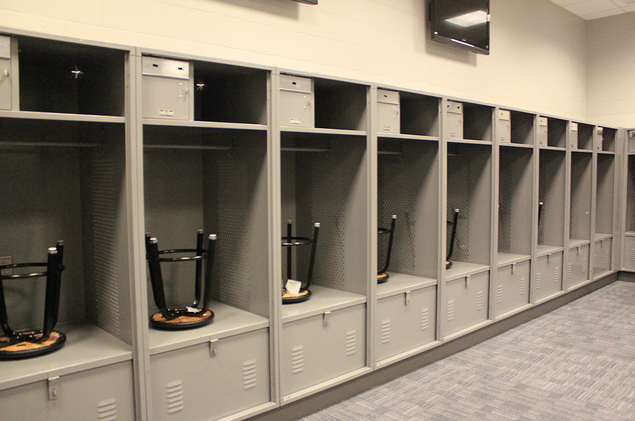 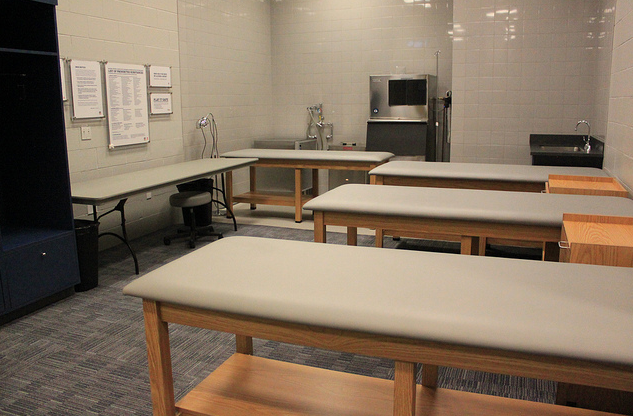 I was amused that the NFL posted so many signs instructing these professionals how to play the sport, but this was probably the most intriguing sign I ran across in the locker room. 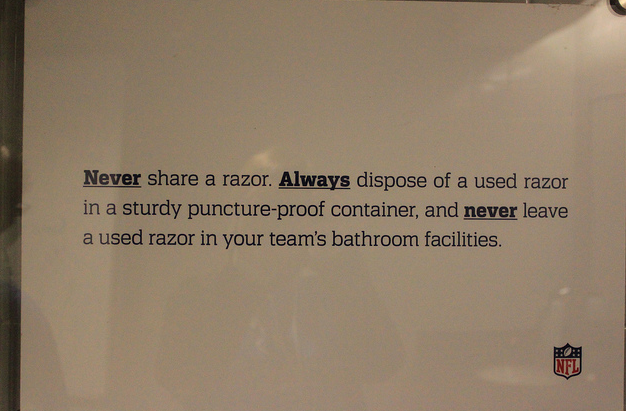 And of course, on the way out I couldn’t resist the urge to stage some photos of me running through the tunnel onto the field. 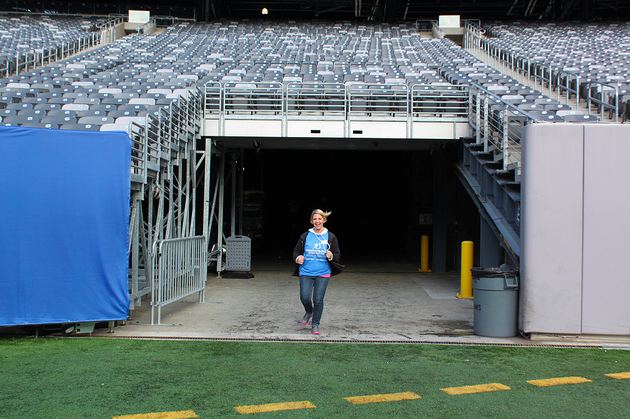 After lunch, a performance by a local kids band, and speeches from former NFL players Stephen Baker, Billy Taylor, Jack Brewer, and Kurt Smith, our morning duties were over. Some of the group stayed to help out with the afternoon events where several NYC area law firms compete in a tournament to win the Gridiron Games trophy.

For more behind the scenes photos of the New Meadowlands Stadium, check out my Flickr set from the BBBS Gridiron Games.

And good news— if you’re in the NYC/NJ area and dying to walk across the same field that Eli Manning and Mark Sanchez call home, stadium tours are given Wednesdays (for groups) and Saturdays (for individuals). Visit the New Meadowlands website to purchase tickets and set up your tour in advance. Booking as an individual will cost you $3 more per person (thanks to Ticketmaster’s convenience charges), but group rates are $17 per adult, $12 per child between ages 5-12, and free for kids 4 and under. Just make sure to set up your tour for the day(s) before your team’s home game. As the league’s only stadium shared between two NFL teams, it might be a bit of a letdown for a Jets fan to come see a stadium decked out for a Giants game; or vice versa.

Earlier this week I was walking across East 72nd Street when I noticed yellow leaves on the ground—something that's easy...
Continue Reading

This may seem a little premature, but the Radio City Christmas Spectacular kicked off the holiday season this past weekend. The...
Continue Reading

Popping My Pilot Cherry: Flying a Plane Over Long Island

I'm a doer. If there's a way to do something I want to do, then I'm doing it. My whole...
Continue Reading