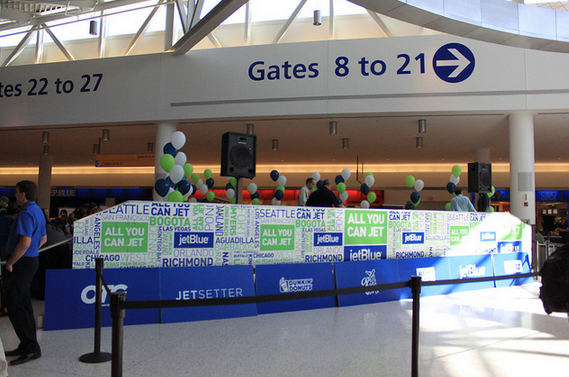 Since my All You Can Jet journey has come to an end, I thought I’d share some of the things I learned during those 30 days of travel.

1. Tommy Lee doesn’t like having his picture taken. Unless he’s on a boat. Naked.

2. In the Pacific Northwest, it’s believed that Portland has the most strip clubs per capita over any US city. The city has just over a half million residents, and more than 50 strip clubs throughout the city. I’ve read online that Springfield, Oregon passed Portland as the most clubs per capita in 2009, but either way, Portland is still up there. More than Vegas. Apparently these strip clubs also serve up some excellent food.

3. I love eating Handi Snacks Breadsticks ‘n Cheez, but I hate eating them in public. See, I’m kind of a “no cheese left behind” kinda gal, and I fully support licking the plate (or plastic container) clean. It’s pretty embarrassing to do while sitting on an airplane or in an airport. But with a little creativity, it can be done discreetly.

4. The Travel Channel may have played a part in making Voodoo Doughnuts famous, but their end of day deal should be a must for any doughnut lover on a budget in Portland (if you’re willing to gain a few pounds). They sell 5 gallon buckets of day old doughnuts for $5. That’s fresher than packaged doughnuts from the grocery store; and more unique flavors too!

5. The iPhone 4 doesn’t just suck in New York. It sucks all over America. I don’t know if it’s AT&T or the iPhone itself, but mine didn’t work in about 60% of the places I visited- big and small cities alike. Mostly dropped calls, and no internet/data service (even though it had full bars and a 3G signal). Oh, and the “extremely tough gorilla glass” on the LCD screen is not so durable either. The prong side of my power cord hit the screen from 2ft in the air and shattered it. Of course, AppleCare doesn’t cover cosmetic damage. They actually told me to call my renters insurance and file a claim, or go in to Apple and pay $200 to have the screen fixed (on a phone I paid $300 for). I’ve had this phone just under 3 months and it has already cracked twice. Pretty bad considering I had my 3G for two years and it never saw a single scratch. 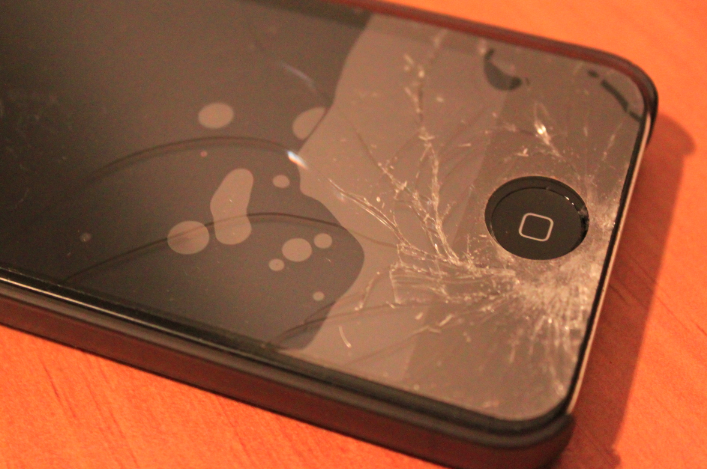 6. I will no longer take New York tap water for granted. Of the 12 cities I visited, none of their tap water comes close to New York’s. I think it tastes better than most bottled water. San Diego was probably the worst I tasted over the 37 days. I heard Chicago’s is great, but I didn’t try it.

7. Seattle’s Sound Transit Link Light Rail is only a little over 1 year old, and cleaner than my apartment.

8. Los Angeles has a subway system. Who knew? I’ve always heard about how bad their traffic is, but I’ve never once heard anything about a subway system. It doesn’t look like it connects much of LA, but when I took it four stops it was much quicker than driving or taking a bus. Their public buses are a joke. Yes they have televisions on board for maximum [looping] entertainment, but you’d better leave four hours early. Or plan on being late.

9. When they say don’t travel to the Caribbean during hurricane season, they mean it. Unless you plan on spending your entire Caribbean vacation indoors.

10. This one may seem like a no brainer, but if you plan on visiting another country, check out the conversion rate BEFORE you get there. I figured since Jamaica accepts US dollars and I was staying in a prepaid all-inclusive hotel, I’d be okay with a $20 bill and my ATM card. Well the cab to the hotel was $30, so I immediately had to stop at a Jamaican ATM. I didn’t have cell phone service to check the conversion rate, so I had to trust what the cab driver told me to withdrawal (which was a pretty scary feeling, especially since I didn’t have more than a few hundred dollars in the bank to begin with). The Jamaican conversion rate is 86.855 Jamaican dollars for every 1 USD. $30 USD ended up being something like 2600 Jamaican dollars. I’ve never in my life felt more uncomfortable than when I stepped into the private locked ATM machine, and typed in a $2600 withdrawal with a line of people standing behind me. 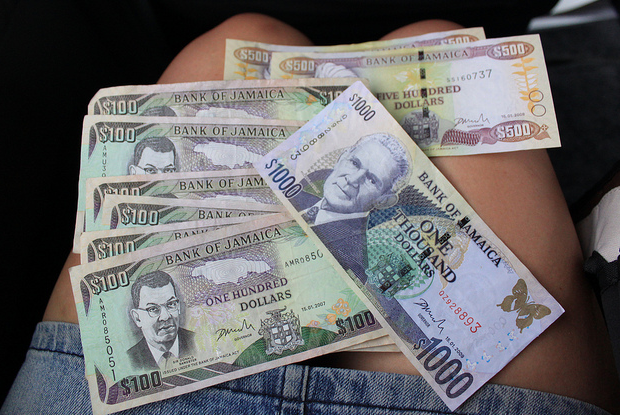 11. Never make a phone call from a foreign country without a calling card. And make sure you’re using a designated hotel phone that will not charge you a connection fee, or a per minute fee on top of the calling card fee. Even though the credit card rate advertised may only be 50 cents a minute, they have all kinds of hidden connection fees. You’re better off just not making any phone calls. This isn’t the first time I was wrongly informed of how much a phone call to the US would cost.

12. Cool Runnings fans (there’s still some out there, right?) should check out the Jamaican Bobsled Cafe on the Hip Strip in Montego Bay. I didn’t get to see it, thanks to Tropical Storm Nicole, but they have the original Jamaican bobsled from the 1988 Calgary Olympics.

13. Despite how clean the city looked, I’m pretty sure one of the most disease-infested alleys in America is in Seattle. The saliva-filled “bubblegum alley” in Seattle’s Pike Place Market is fairly similar to the Bubblegum Alley in San Luis Obispo, California. Is it weird that I had a strong urge to lick the walls? 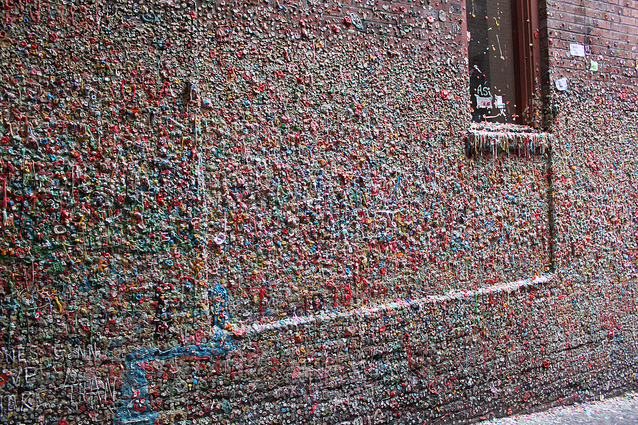 14. Sunset is a great time to go up in the Seattle Space Needle. You can see the city in the daylight, sunset, and dark all within about an hour. 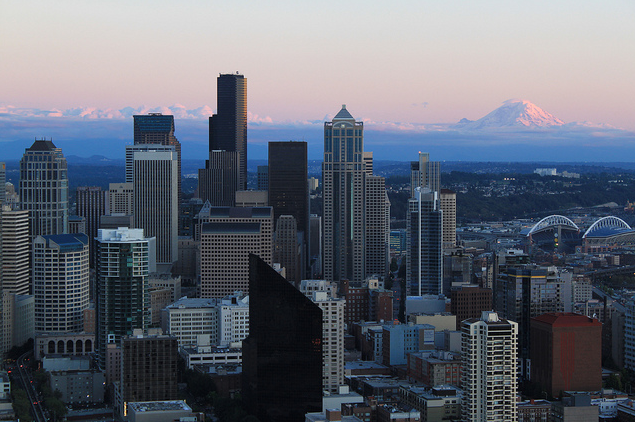 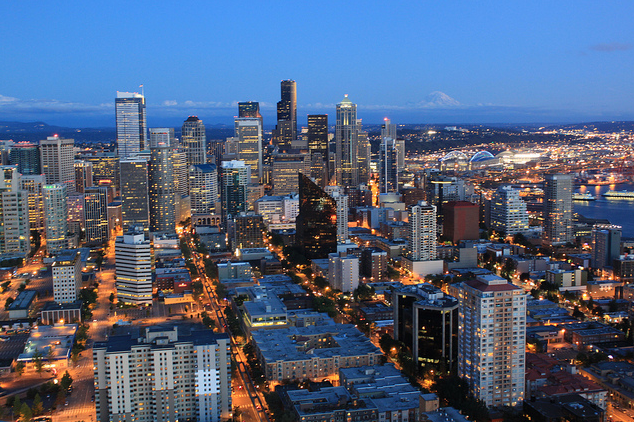 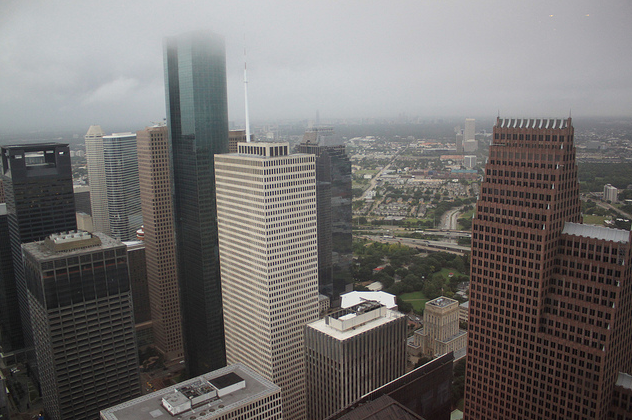 16. I-90 ends in Seattle. I’ve taken I-90 from my hometown in Toledo, West to Chicago and East to New York more times than I can count. I had no idea that had I missed the Chicago exit, I would have ended up in Seattle a few days later.

17. A man named Carl Fisher invented the car headlight, the Indianapolis Motor Speedway, and Miami Beach in the early 1900s. He also began developing Montauk in Long Island New York as a “Miami of the north” tourist attraction before being cut short by the Great Depression.

18. The San Diego Zoo is expensive, and definitely not on a budget traveler’s agenda. It’s supposed to be worth every penny, but at $37 for the cheapest 1 day pass, I couldn’t afford to see for myself.

19. If your car breaks down on the Pacific Coast Highway, don’t count on your cell phone to call someone. Well over half of the drive from Los Angeles to San Francisco I was without service. 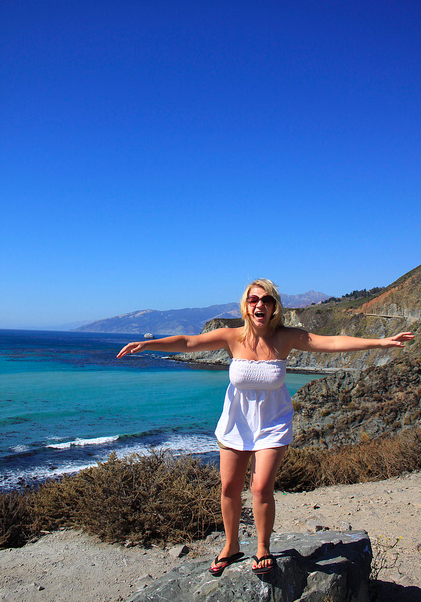 21. Chicago’s O’Hare International Airport is the 2nd busiest airport in the world.

22. The show Most Extreme Airports on the History Channel ranks San Diego’s airport as the 10th most dangerous airport in the world due to its proximity to the mountains and downtown. In order to keep the noise down in the surrounding area, planes are allowed to take off between 630a and 1130p, or else face a fine. Arrivals are allowed 24 hours a day.

23. Apparently it does get hot in San Francisco. And there’s no air conditioning so you just have to suffer.

24. I stayed on Grant street, which was the first constructed street in San Francisco. It was originally named Calle De La Fundacion.

25. Sprinkles Cupcakes in Beverly Hills trumps any cupcake I’ve ever had in NYC (yes, even the dry, overrated cupcakes at Magnolia). And they’re opening their first NYC store in Feb 2011, on Lexington between 60th & 61st. 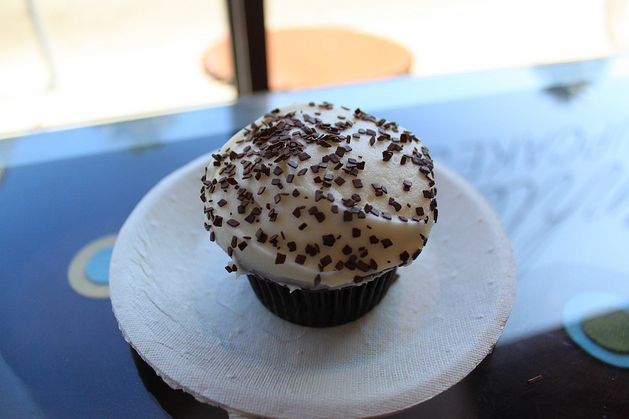 26. Willamette Valley in Oregon produces some of the best and most inexpensive Pinot Noir in the world. I chose one based on the cool label, called The Four Graces, and it was by far the best low price wine I’ve ever had. Willamette Valley also appears as the end destination in The Oregon Trail.

27. Recycling bins on the streets of New York make me happy. But an abundance of compost bins out on the west coast? Incredible.

28. Nineteen of the world’s 25 largest hotels (by room count) are on the Las Vegas Strip.

29. Hostels are a perfectly cheap place to sleep in a new city. I stayed at my first hostel in Seattle, and although it was a huge difference from the hotel rooms I’m used to, a girl on a budget can’t complain. It was only $35, and since I only needed a place to rest from 9p-5a, I couldn’t justify spending much more for a hotel.

30. Traveling is a lot more fun when you don’t have to go back to work afterwards.

After our walking tour of Portland, we went back to the apartment to rest up a bit, where I consumed...
Continue Reading

I had the perfect redeye from SFO to JFK. We departed at 1030p, and said good morning to New York (over...
Continue Reading