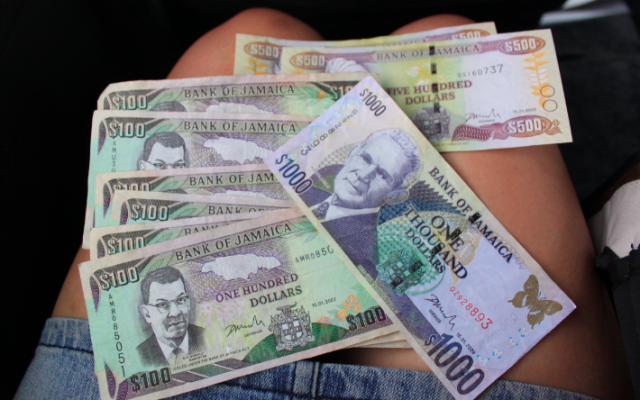 I arrived in Montego Bay for the most unexpectedly hectic four days of this trip so far. I took a 15 minute cab ride from the airport to the Sunset Beach Resort and Spa. The cab fare was [inexplanably] thirty US dollars. I only had a 20 so I had to stop at an ATM. Shame on me for not planning ahead. We pulled up to an abandoned ATM that locked when you stepped into the private booth. I felt a little uneasy since three people were waiting behind me outside, and all of my luggage was sitting in the cab. I tried to withdraw $20 when I got the error message “you must withdraw in multiples of $100.” I wasn’t even sure if I had $100 in the bank, but I went ahead and withdrew it anyway. When it came out, duh, it was 100 Jamaican dollars. I had no idea how much that was in US dollars, so I got back in the cab and down the road we went.

I thought for sure the driver would try and pull a fast one on me, but I asked him anyway “is 100 Jamaican dollars enough?” He slammed on the brakes, turned back towards the ATM, and tried explaining the conversion rate to me, which ended with “$30 is equal to $2400 Jamaican dollars.” I didn’t know what to do! It sounded like such a huge difference. So I went back to the ATM and checked out my balance. The amount had hardly changed since I pulled out 100 Jamaican dollars, so I figured he must be telling the truth. When I got back to the car, he showed me a sheet of paper with conversion rates on it and to my relief, he was telling the truth.

I was immediately greeted with a tropical drink upon checkin. I told the staff about my travel blog, and asked for a possible upgrade to an ocean view room- which I got, on the 7th floor. 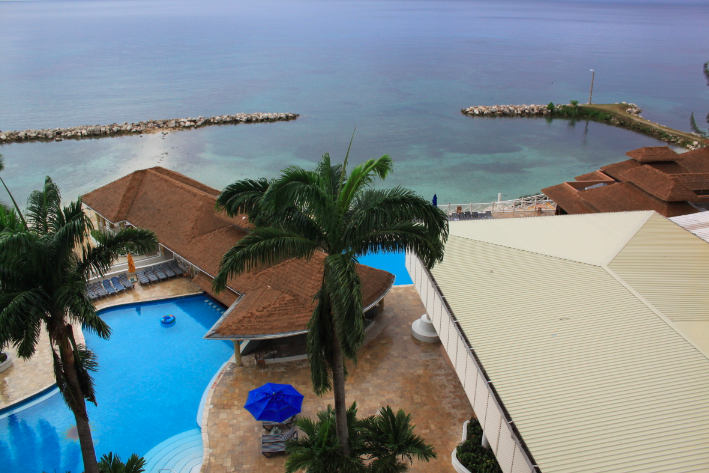 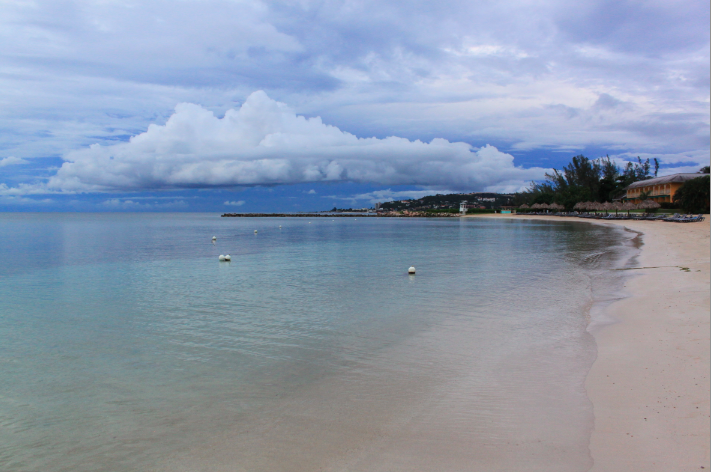 I was sharing a room with another All You Can Jet-ter, and since it was raining outside we headed down to explore the property and have a few drinks. What else are you supposed to do with access to an unlimited open bar on a rainy day? Then we had a four course dinner at a Jamaican restaurant on the resort, and I had my first taste of Jamaican jerk chicken. Overall, it was okay but not really for my taste buds. 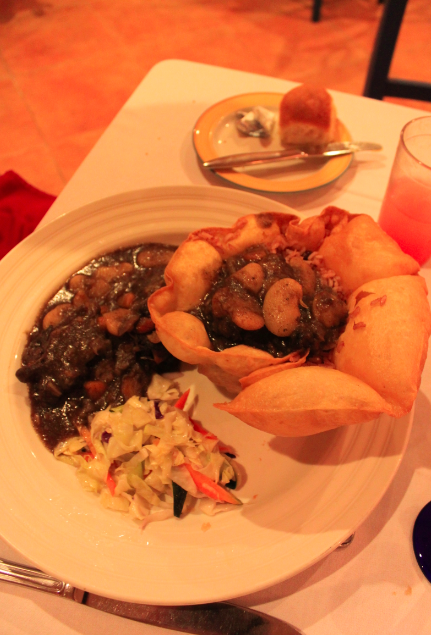 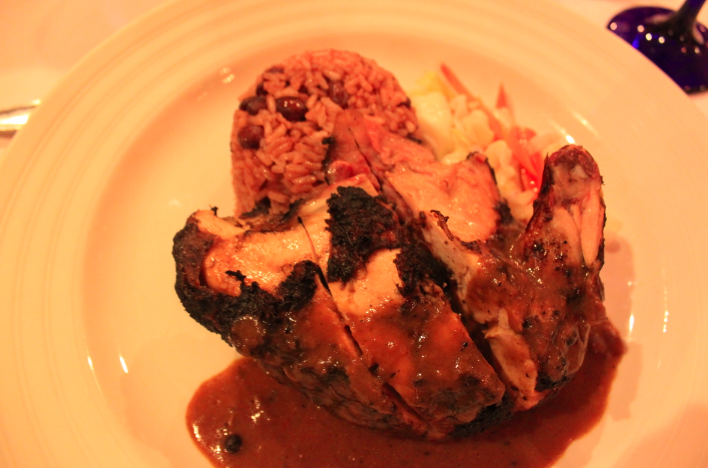 The resort had a great live band performing, followed by a couple hours of dancing.

I’ve embarrassed myself many times attempting to dance in public, but this was one of the worst. I wasn’t really drunk, so I was still a little shy and completely lacking rhythm as usual. One of the workers brought me up on stage and challenged me to a dance off. When I showed him a few of my white girl moves, he realized he’d have to teach me a thing or two. Bottom line, I am probably the worst dancer in the world. But I kind of wish someone would have gotten it on video.

After many more drinks, the party moved out to a beachfront bar and dance floor adjacent to a jacuzzi and two pools with a swim up bar in the middle. It wasn’t too happening for a Sunday night, so we bounced back and forth between the jacuzzi and the ocean before calling it a night.

You would think I was in a third world country for the past few days since I've been without internet....
Continue Reading

Check Out Just Visiting at the AYCJ Launch Party

The people from jetBlue interviewed me during the AYCJ launch party at JFK on Tuesday, and included part of it...
Continue Reading

The rain held off for my second day in Houston. As much of a random stop it turned out to...
Continue Reading