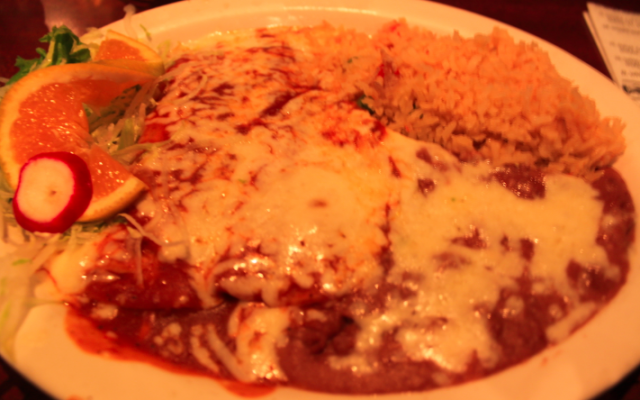 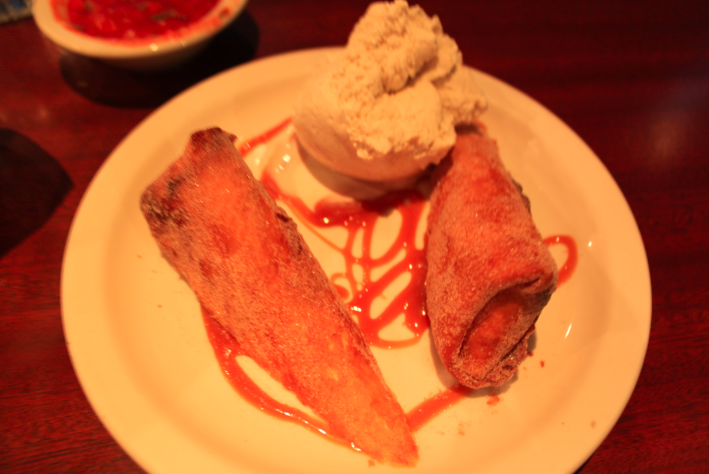 Not really an eventful day. I woke up and made my way to the bus since both Sam and JJ were still in jail. The Greyhound station in San Diego is so much nicer than the stations I’ve been to in Toledo and Las Vegas. Plus, with such a short trip, it was $15 for a 2 hour, non-stop ride from San Diego to LA.

Once I got to LA I didn’t do a whole lot. I am staying with an “acquaintance” from back when I was about 16 years old. We never really hung out, but I was friends with a lot of his friends, and we went to the same high school together. Luckily he was nice enough to not only let a stranger crash with him for a few nights, but to agree to drive me up to San Francisco as well!

After I got settled in, we went over to Don Antonio’s for some Mexican food (of course, what else). I ordered the cheese and onion enchilada plate, and the xango for dessert. I’d never heard of xango before, but apparently it was some sort of fried cheesecake, with cinnamon and sugar and vanilla ice cream. Whatever it was, it was delicious.

After dinner we went to a pretty cool place called Q’s Billiard Club on Wilshire Blvd and watched the battle of the Mannings (Giants v Colts football game). Not a very eventful day, but it was a nice welcome to Los Angeles.

I woke up at 7am to one of the most intense thunderstorms I have ever witnessed in my life. The...
Continue Reading

I had a 10a flight to Las Vegas, but not before a two hour layover back in New York. By...
Continue Reading

Check It Out: An Interview in The Times

Last week, Seth Kugel from the New York Times interviewed a handful of AYCJers for  the Frugal Traveler; myself included....
Continue Reading