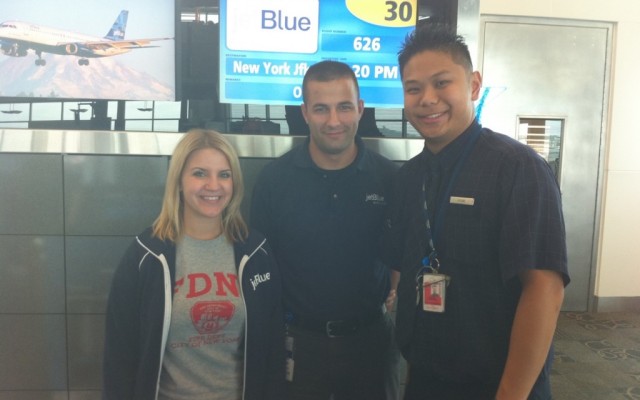 The rain held off for my second day in Houston. As much of a random stop it turned out to be, I’m glad I was in Houston and not some of the other parts of Texas. According to The Weather Channel, Houston got about 3.6″ of rain on Tuesday (which only delayed our flight about 20 minutes as we circled in the air waiting for the storm to move through). Other cities in Texas saw up to 12 inches of rain with severe flooding, wiping out and damaging houses and cars. Dallas even saw a few tornadoes pass through the area.

I checked out of the Days Inn on Fountain View Drive and had a 30 minute conversation with the manager Nuhron Raniga. If you’re ever looking for a basic, affordable place to stay in the Houston area, I’d stay here just to have another chat with this guy. He was born in South Africa, and has spent time living in cities and countries all over the world. Yet another great aspect of travel: meeting people from all over the world and realizing how truly diverse we all are in our daily lives.

Sam picked me up and we had lunch at Wings and Things, which I’m pretty sure was a chain restaurant. It wasn’t anything spectacular inside, just what you’d imagine from a small chain named Wings and Things. Good wings though. We ordered 10 wings, a water, and a coke for $12 and some odd cents, so I didn’t break the bank treating Sam to lunch for all of his generosity. And for the record, I could really get used to these prices outside of New York.

Since jetBlue doesn’t fly from Houston to Portland, I took a flight back to JFK before heading to the Pacific Northwest. I met some more awesome people in Houston, unfortunately a little too late since I was minutes away from leaving the city, probably never to return. Two jetBlue guys, Timothy and Ozzie, were jealous of my All You Can Jet jacket at the gate. They hooked it up with some contacts and tips on how to look for hotel deals in some of the cities I’ll be visiting. They also told me about Terminal Man from last year who slept in airports along his journey, and in each city the jetBlue employees would try to outdo the last one with accommodations.

Bottom line, I haven’t met a rude jetBlue employee yet- unlike so many other airlines whose employees  have an attitude every time you ask a question. Another jetBlue guy, Bill, snapped that photo above of me, Timothy, and Ozzie before boarding the plane.

Bill ended up getting on the plane in the seat behind me— which I didn’t realize until he tapped me on the shoulder as we were pulling away from the gate and said “smile for the camera! That guy, Timothy that you took a picture with is taking a picture of the plane. Wave!” I couldn’t see him because the wing was in the way, but sure enough, by the time I landed in New York, I had these pictures in my inbox, along with a new Facebook friend. 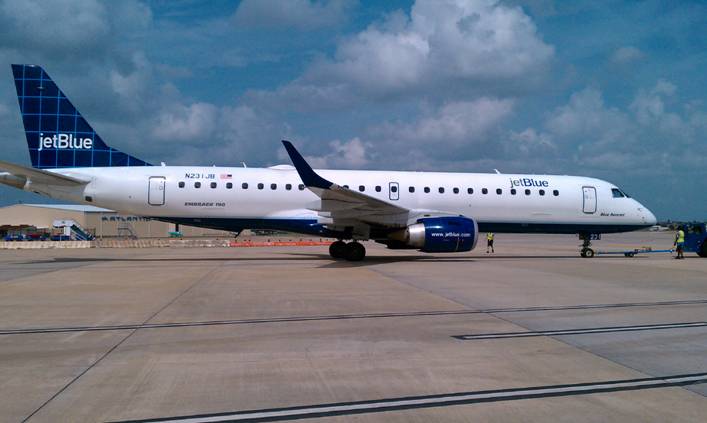 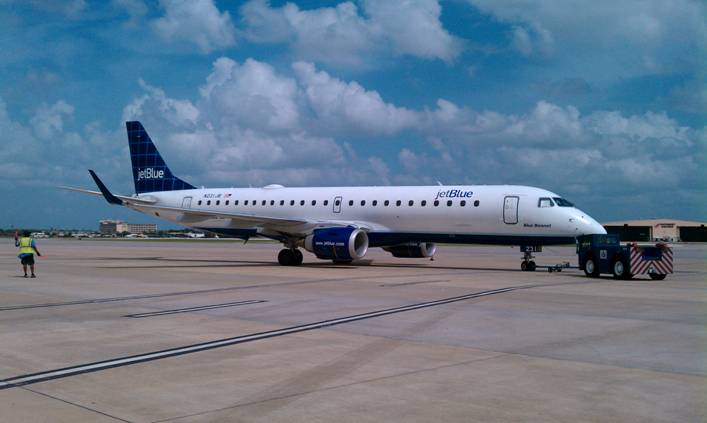 I landed around 730p, and made it home by 9p. I had a lot more stuff to do than I thought- finish packing, pay bills, print more business cards, and of course watch the latest episode of Mad Men, so I didn’t make it to bed until close to 230a. Now it’s on to Portland! Stay tuned for much more interesting updates and pictures from the Pacific Northwest.

You would think I was in a third world country for the past few days since I've been without internet....
Continue Reading

Saturday was my first time ever at a Southern California beach. I was easily engulfed into the SoCal beach culture—...
Continue Reading

Tuesday I woke up ready to hit the beach with Mike's family. Too bad the weather was just a tad...
Continue Reading